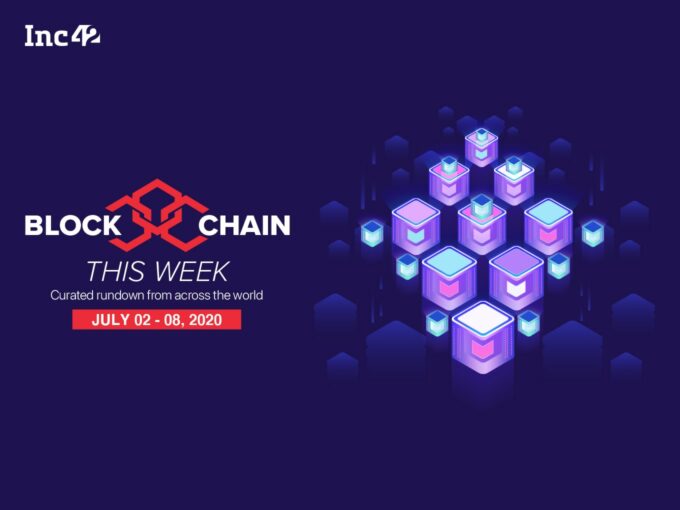 Tech Mahindra announced that it will be launching a new blockchain-based contract and rights management system (bCRMS) for the global media and entertainment industry. Backed by IBM blockchain, this platform will be used to enable production houses and content creators to track revenue, royalty payments, manage rights and check plagiarism among others. Also, the bCRMS platform has been built on an open-source Hyperledger Fabric protocol and use techniques like content hashing, forensic watermarking to track and trace content. The technology is said to be industry agnostic.

In a bid to improve the efficiency and transparency in the agri supply chain, Nashik-based farmer producer company Sahyadri Farms launched a blockchain platform for tracking food from farm to fork. This platform is said to organise farmers to improve their bargaining power while ensuring business practices and implementation. With this, it will be providing its customers the information such as harvest details, produce quality, packaging and transport. The customers have to scan a QR code on the product packing to check the information. Most importantly, this tool enables farmers to get details of pricing and the number of products sold to the end customer.

Attitude On Blockchain And Its Adoption

A  Deloitte’s 2020 Global Blockchain Survey revealed that the sentiments about blockchain have remained strongly positive. However, 54% showed scepticism around its real-time use case and adoption. 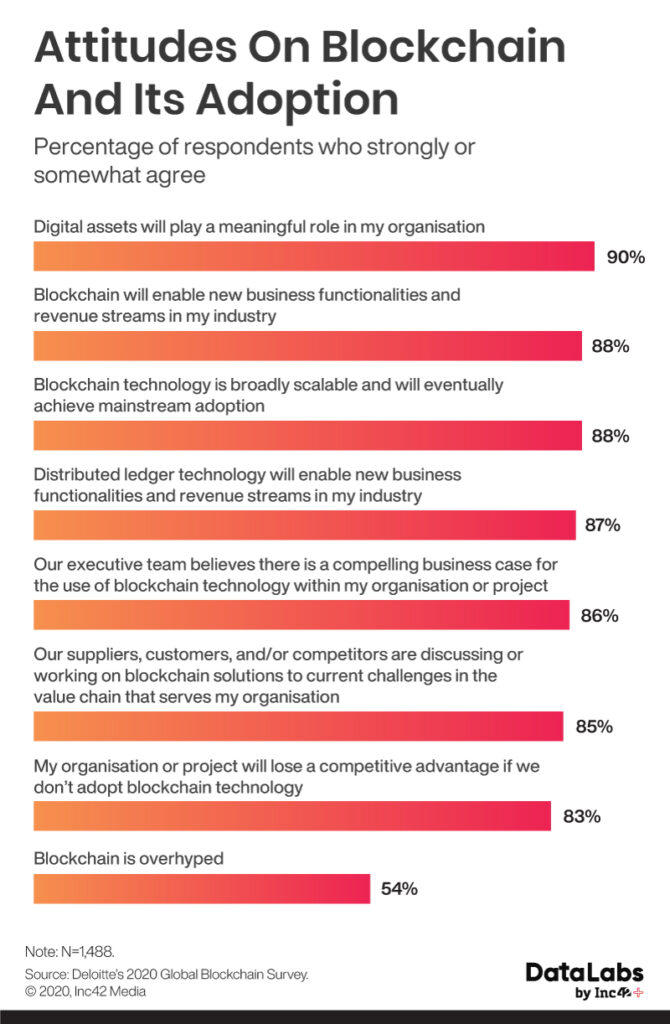 The Central Bank of Sri Lanka announced that it has started developing a blockchain-based Know-Your-Customer (KYC) proof of concept (POC), in agreement with three applicants. The applicants include Sampath Bank PLCand University of Colombo School of Computing (UCSC); Sweden-based norbloc AB; and Yaala Labs and Linearsix.

With this, CBSL will be offering blockchain-based financial service solutions, where it will be developing a shared KYC solution. According to media reports, over 40 blockchain startups had applied to develop the POC. Out of this, CBSL has selected three individual and joint applicants to start the blockchain-based KYC POC process.

UNICEF To Invest Up To $100K In Early Stage Blockchain Startups

The United Nations Children’s Fund, UNICEF launched a new initiative to fund early-stage blockchain startups worldwide which are scalable and globally applicable, particularly in social and humanitarian causes. The selected startups will receive funds worth $100K in equity-seed funding, along with technical assistance from UNICEF Ventures team and experts guidance to help validate and improve their solutions. Blockchain startups can register for this programme on or before July 26.

Russia All Set To Enable Blockchain Voting For 2021

After going through minor hiccups and hacking attempts on the blockchain voting platform in the country’s recent referendum on constitutional reform at two pilot testing locations, including Moscow and Nizhny Novgorod, the Russian officials recently announced that they are happy with the use of blockchain-powered smartphone and PC voting, and are planning to expand this voting system across the country in next year’s parliamentary elections. According to Kommersant report, Russia’s election commission said that it will be using an enhanced version of the same platform in the upcoming legislative elections, which will be held on September 13, 2021.