The blockchain-enabled certificate can be used by private sector organisations, angel investors, VCs to verify and enable startup funding

Niti Aayog is also working on implementing blockchain-based certification, in partnership with Indian School of Business and Bitgram 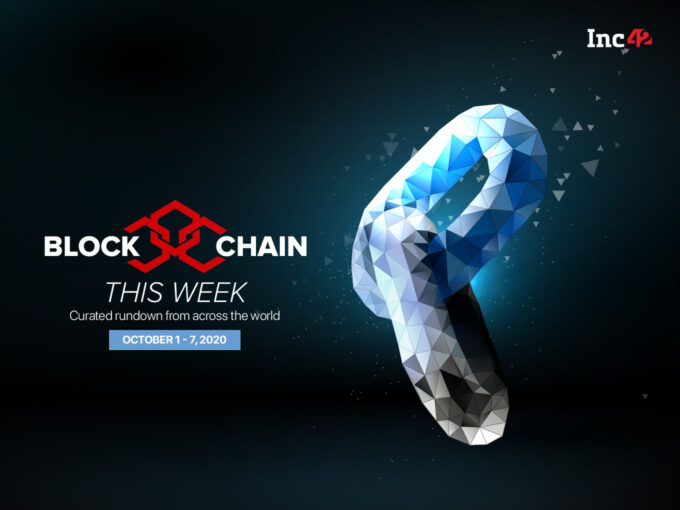 In a bid to recognise and reward some of the outstanding startups, the Indian government on Tuesday (October 6), at the virtual National Startup Award 2020 programme, announced the names of startups across various categories and sectors, recognised by Department for Promotion of Industry and Internal Trade (DPIIT).

Blockchain and tech evangelist, Sharat Chandra told Inc42 that blockchain technology will ensure a swift and tamper-proof verification process for startups. Further, he said that this certification can also be used by private sector organisations, including angel investors, VCs and banks to enable startup funding.

In a press release, the government said that this new feature introduces an additional layer of security to the startup certificates, which can be accessed by investors, procurement entities, government departments, and stakeholders to verify the status of recognised startups for accessing different opportunities. At the National Startup Award, 36 startups were recognised across various categories and sectors that they are operating in, along with recognising top accelerators and incubators in the country.

Previously, Kerala’s blockchain centre Kerala Blockchain Academy (KBA) had announced that it was working on blockchain use-cases for the issuance of certificates in the education sector.

Similar to Startup India’s blockchain certificate, the certificate comes with a QR code, featuring an international identity with a unique timestamp and blockchain id, which enables employers or colleges to quickly scan their documents using a mobile phone in order to confirm its authenticity.

Also, Indian government’s think tank Niti Aayog had also announced the implementation of a blockchain-based solution, in partnership with Indian School of Business (ISB) and Bitgram, to eliminate fraud in educational certificates.

A survey by Delloite Blockchain has revealed that industries are looking at a wide array of blockchain applications, with data access/sharing and data validation emerging as two of the most compelling use cases. 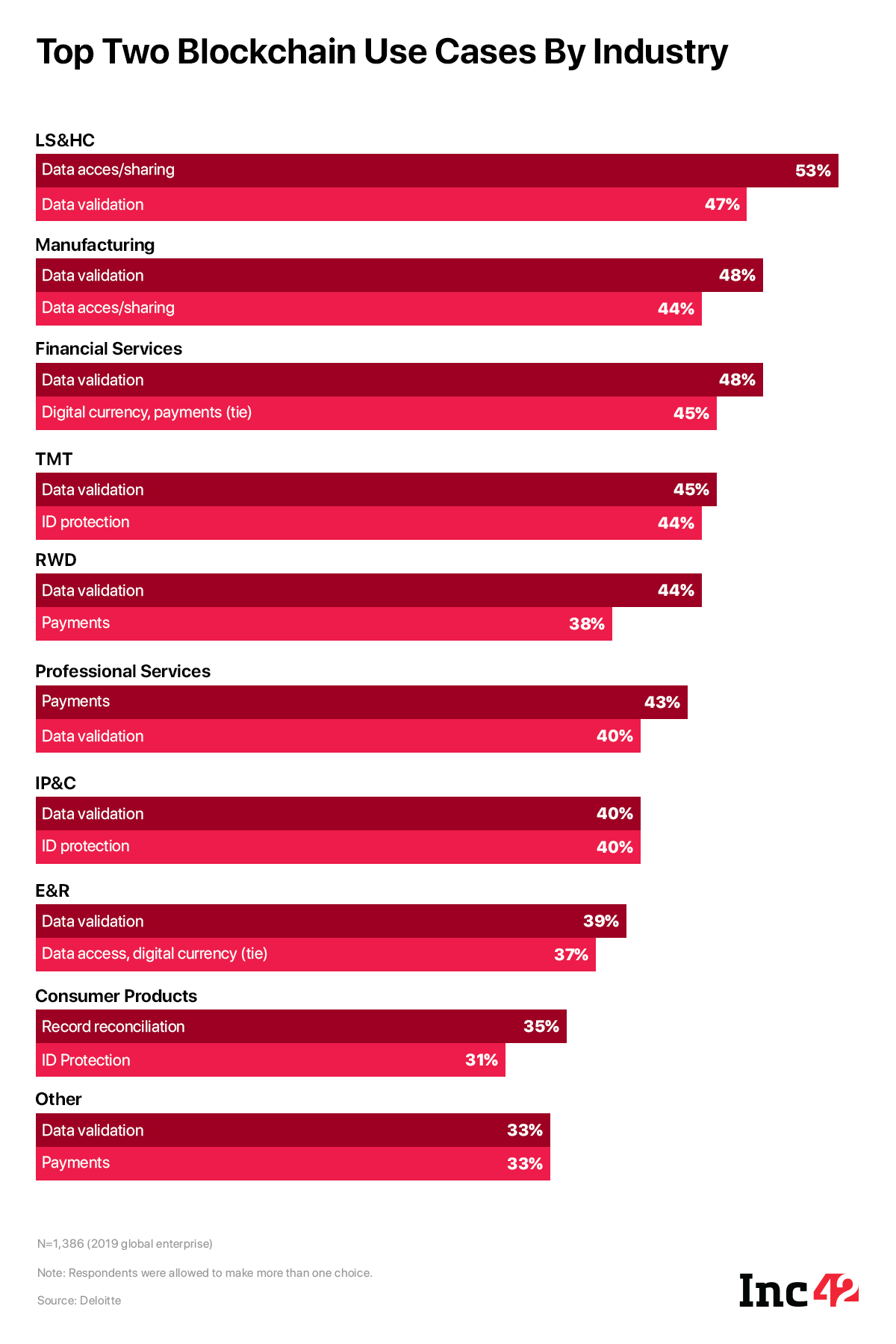 Singapore-based banking giant DBS and Standard Chartered recently announced that it has successfully completed the PoC for its Trade Finance Registry, in partnership with 12 banks, including Deutsche Bank, ICICI, Lloyds, Maybank, Natixis among others. With this, the duo looks to provide a secure central database for the baking industry to access records of trade transactions financed across banks in Singapore, in a transparent manner, as reported by Business Times.

Autogiants Honda and General Motors, alongside Pacific Gas and Electric Company (PG&EC), R3 and IBM among others, who are part of the Mobility Open Blockchain Initiative  (MOBI), recently announced the launch world’s first global standard incorporating blockchain technology to decentralised vehicle charging system aka Electric Vehicle Grid Integration (EVGI). According to a press statement, the group stated that this EVGI standard will provide benefits to the stakeholders involved in the electric vehicles and charging ecosystem.

The founder and COO of MOBI Tram Vo said: “Electric vehicles, chargers and electric producers can have a secure identity, communicate with a standard messaging format, and automatically record transactions such as charging, generation, and exchange on a distributed ledger.”