With this partnership, GBA will be providing support to startups to develop innovative blockchain solution in supply chain and more 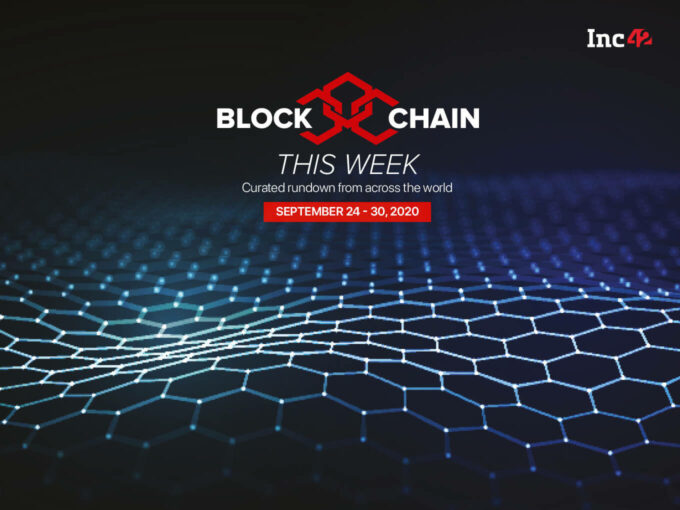 Software Technology Parks of India (STPI) recently announced that it has signed a memorandum of understanding (MoU) with the government blockchain association (GBA) to act as industry association partner for Apiary, a centre for excellence (CoE) in blockchain technology which aims to fuel the growth of the Indian startup ecosystem.

President of GBA India chapter Sharat Chandra told Inc42 that GBA intends to share the best practices and use cases developed by GBA working groups on the supply chain, identity management, land records, cybersecurity and sustainable development goals among others to help solve problems of governance.

GBA is a US-based international non-profit organisation which helps government, public sector and business professionals across the world to understand, implement and benefit from blockchain technology-related technologies and capabilities. With this partnership, the association looks to mentor and guide startups and help them develop blockchain solutions across sectors.

In June, STPI in collaboration with the Ministry of Electronics and Information Technology (MeitY), alongside tech giants, large corporates and academic institutions launched Apiary. At the time, it had announced that it will be supporting close to over 100 startups by 2025 by conducting ‘Idea Challenge Program,’ where it will be selling innovative startups and entrepreneurs in blockchain technology.

What Is Slowing Blockchain Adoption?

According to PwC Blockchain Survey of 600 executives from 15 territories, 48% of them said that regulatory uncertainty was one of the biggest challenges for adoption of blockchain across sectors, followed by lack of trust among users (45%), ability to bring the network together (44%) and inability to scale (41%) among others. 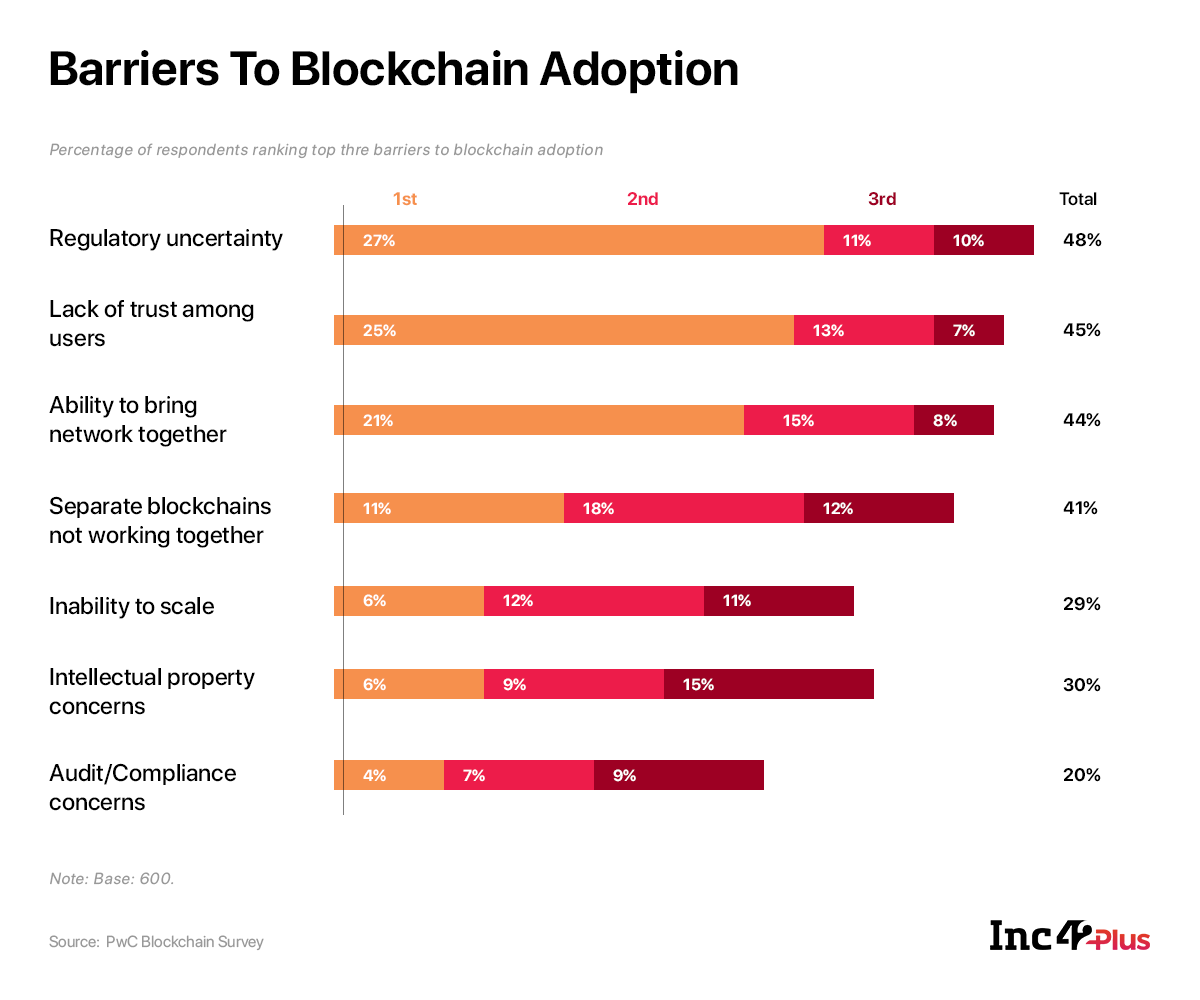 In a bid to curb counterfeit drugs and hoarding of Covid-19 vaccines in the state, the Telangana government is looking to leverage blockchain technology. Recently, the IT department announced that it is working alongside UNICEF Innovation Fund backed startup StaTwig to develop a blockchain solution, Vaccine Ledger to secure irregularities and bring in transparency in the supply chain.

According to a New Indian Express report, the Vaccine Ledger is said to track every single dose of a vaccine during its movement from the manufacturer to the consumers and sends an alert to the authorities in case of any irregularities in the supply. In other words, it gathers important data which maps the journey of the vaccine from manufacturing to storage and the end customer via QR code scanned at every step of the process.

The founder of StaTwig, Siddhartha Chakravarthy said while the vaccine gets developed, they are ready to run a pilot test to track the supply of Covid-19 vaccines.

How it works is, the users can invest in tokenised cards of players for their team, and depending on hos the football player performs in real life, they may receive rewards in more trading cards. Currently, the company is using Etherum blockchain platform, and for the digital cards, it is using the ERC721 non-fungible token standard.

The European Commission (EC) recently announced its plans to launch a new blockchain regulatory sandbox, in a bid to foster innovation and development in the industry. For this, the authority is working alongside the European Blockchain Partnership (EBP) and looks to set up the sandbox by 2022.

According to its official website, the commission said that sandbox will be used to provide an environment for testing use cases of blockchain technology across industries, including digital identity, data portability and smart contracts in environmental, energy and health sectors, as part of the European Blockchain Services Infrastructure (EBSI), a joint venture set up by EBP and EC to deliver public services on a cross-border basis through the use of blockchain technology.