The prices of Bitcoin and Etherium by end of the year is expected to touch $12,948 and $333, reveals Finder’s Cryptocurrency Prediction Report 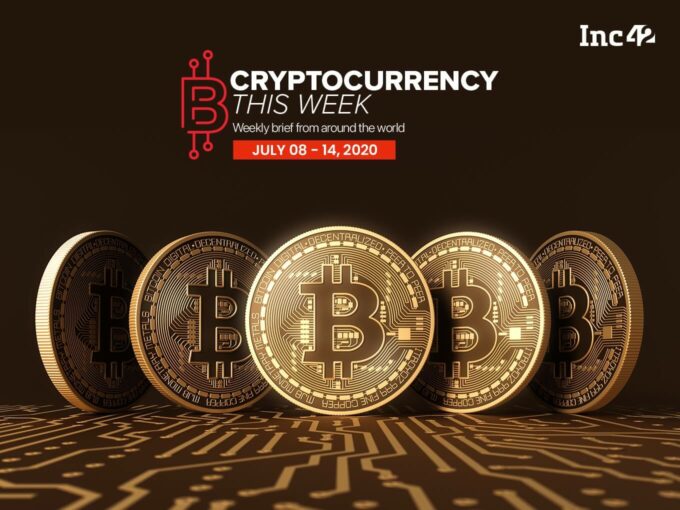 The solution has been developed in collaboration with blockchain startup Quartz, incubated by TCS. Its Smart Ledgers product consists of ‘Smart Solutions,’ a set of distributed ledger technology for businesses across industries; ‘Quartz DevKit’ a low code smart contract development platform; ‘Quartz Gateway’ for integrating existing solutions with varied ecosystems and ‘Quartz Command Center’ for administering and monitoring the ecosystem. 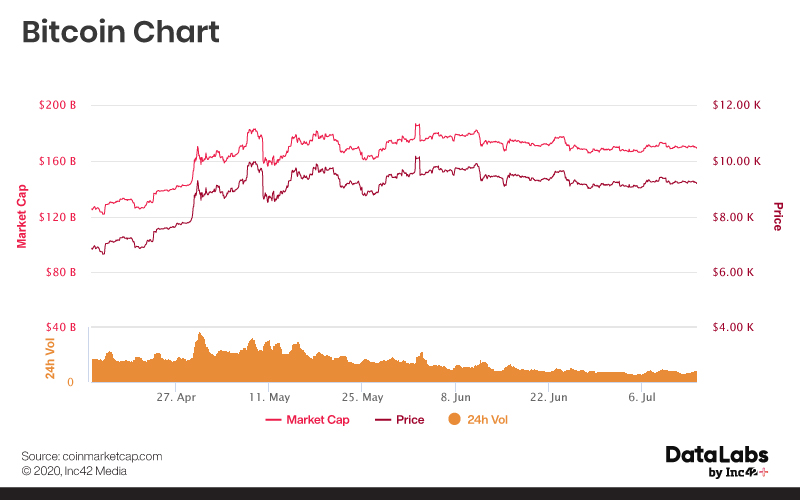 Also, one in five experts (23%) on Finder’s Cryptocurrency Prediction Report panel said that they are concerned about Ethereum’s economics as it shifts to Ethereum 2.0. However, despite concerns, the panel predicted ETH, on average, would hit $333 by year’s end.

Author of ‘Programming Bitcoin,’ Jimmy Song has the most bearish end of year prediction of $97 and said that he is worried the proof of stake isn’t secure and ‘would essentially centralise ETH in some serious ways.’

On the other end of the spectrum, Origin Protocol cofounder Josh Fraser, despite concerns, believes that the price would go as high as $1000. 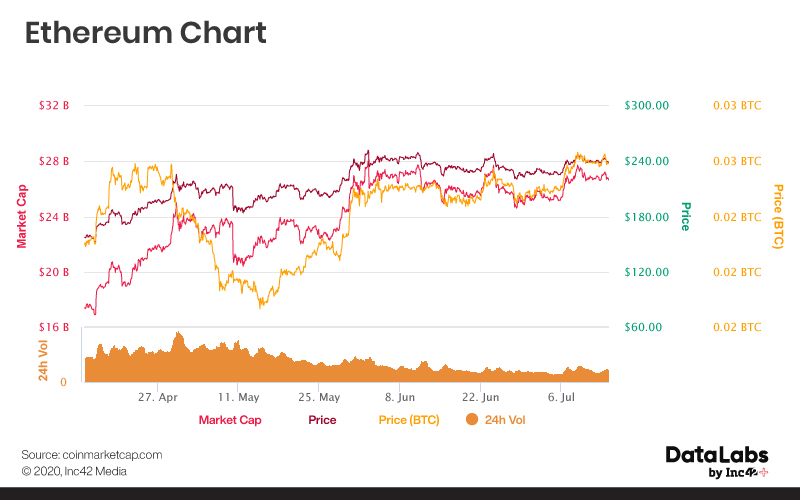 British cryptocurrency exchange Cashaa recently announced that it will halt all its crypto-related transactions after hackers stole more than 336 Bitcoin from their exchange. Kumar Gaurav, CEO of Cashaa told Cointelegraph that the theft happened after hackers compromised one of the exchange’s digital wallets. “Once access had been gained, the hackers sent the cryptocurrency contained within the wallet to themselves,” he added.

He said that cyber-criminals who hit Cashaa are based in East Delhi. Based on this hunch, the company has filed a cyber-crime incident report with the Delhi crime branch under the cryptocurrency crime category. Now, the cryptocurrency exchange is taking preventive steps from tracing the hackers from selling the stolen cryptocurrency on exchanges. Also, Cashaa tweeted the Bitcoin address of the hacker in the hope of tracking any movement of the illegally acquired funds.

Trading Volume Of Cryptocurrency In India Increased By 400% Amid Lockdown

According to a report by The Hindu, several new players and even retail investors have entered the crypto trading market within the last four months. The trading volume of cryptocurrency in India has increased by 400% during the nationwide lockdown due to the Covid-19 pandemic. Industry experts said that the increase in crypto trading is also said to have witnessed after the Supreme Court had lifted its ban earlier this year.

Ajeet Khurana, the former head of the Blockchain and Cryptocurrency Committee of the Internet and Mobile Associaton of India (IAMAI) said that the daily crypto trading volume in India maybe $10-30 Mn. Nischal Shetty, founder and CEO of WazirX also said that the company had seen a three to four times increase in sign-ups amid the lockdown.

UK Govt Most Likely To Launch Its Own Cryptocurrency Soon

The Bank of England’s governor, Andrew Bailey recently discussed the mechanism of a probable UK cryptocurrency backed by the central bank. According to a Bloomberg report, Bailey entered into a webinar discussion with students about a UK cryptocurrency, where they explored the relevance and the nuances of having a virtual currency in the country and its possible uses.