Moneyball: Sunil Goyal Of YourNest Venture Capital Talks About Getting The ‘Edge’ On IoT

Moneyball: Sunil Goyal Of YourNest Venture Capital Talks About Getting The ‘Edge’ On IoT 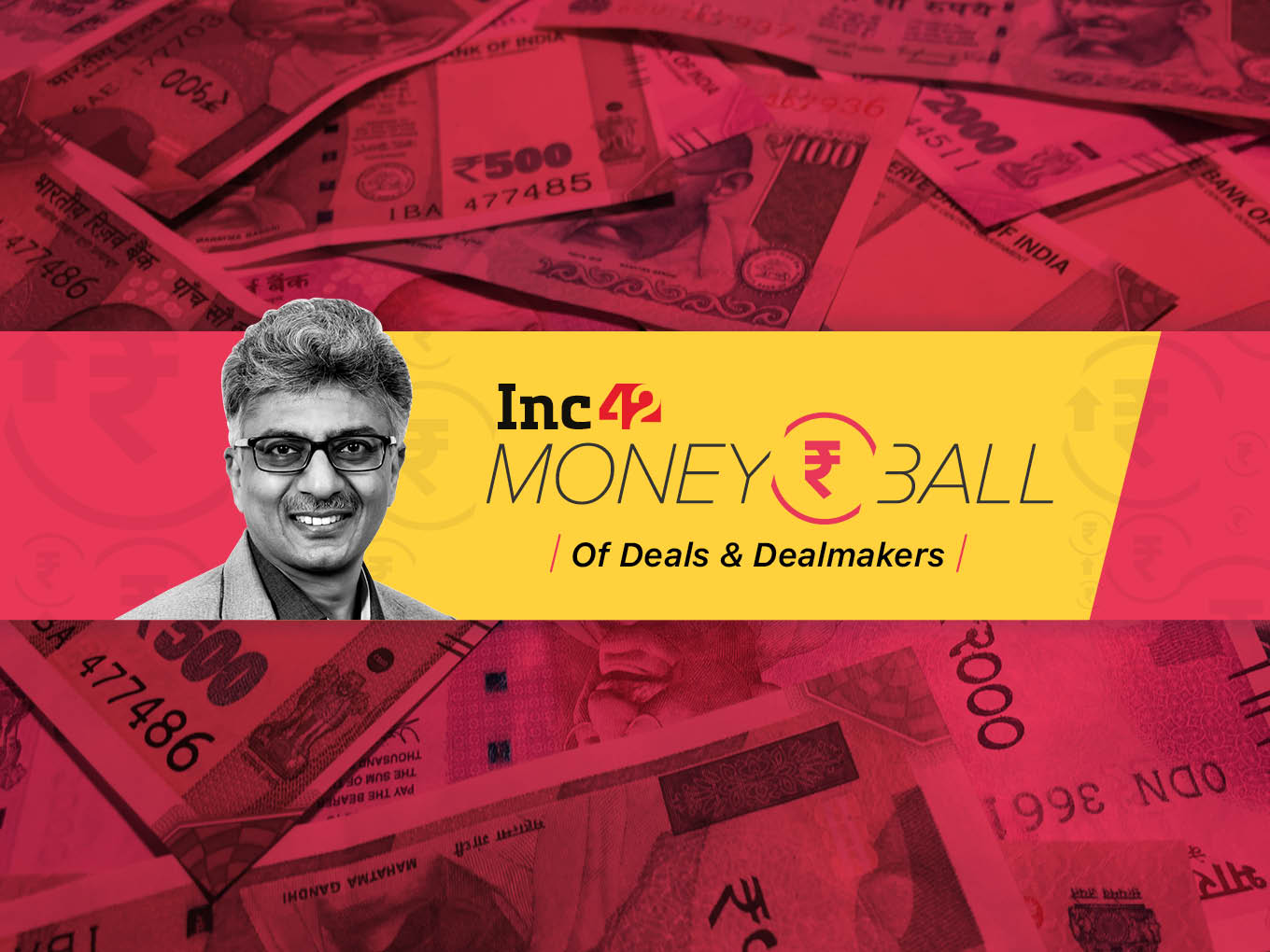 The future of the world is in automation. Thanks to machine learning and artificial intelligence, we are now able to decipher information and act on them faster than ever before. But fast is a relative term, and in the tech industry , the goal is always to be faster.

The fourth industrial revolution, which is currently underway, is being led by connected devices or the internet of things (IoT). But within this larger trend, new technologies are being born which seek to improve the way information is processed at a micro level.

Enter edge computing. Edge computing is decentralised processing of data at or near the source of the data, instead of relying on the cloud located at one of the dozen data centres to do all the work.

In Edge computing, the cloud comes to you.

Edge computing helps businesses by reducing the turnaround time for your data queries. It’s most critical in applications where data needs to be processed in near real-time. For instance, If you are driving a Tesla in driverless mode, latency of any kind in processing the data from the computers and sensors on board could prove fatal. In this situation, it is better for the data to be stored and processed on-device, i.e by the in-car computers rather than sending the data to the cloud and getting a server response.

Edge computing has been a game changer for the IoT category, but is also being used to improve robotics technology and AI processing .

With such great prospects, it’s no wonder that our conversation with Sunil Goyal from early stage venture fund — YourNest Venture Capital, was dominated by edge computing and its potential..

Founded in 2012, YourNest invests in startups using technologies such as IoT, robotics, with an emphasis on edge computing.

YourNest MD Goyal had earlier spent extensive part of his career at Bharti Airtel where he spent more than seven years growing the company’s market share in revenue. Goyal strongly believes that investors can use the India opportunity to promote upcoming technological trends and make big bucks in the process.

“When I was at Airtel, Warburg Pincus came and invested in Airtel in 2002 and then by early 2005 they got four times the return when they exited for $1.3 Bn, in less than 3 years. Of this amount, not a single penny was made by an Indian investor. Even in the Walmart-Flipkart deal, while some Indian investors money have got returns, however, international players have made a killing,” said Goyal.

Goyal lamented the fact that Indian investors have not identified the growth opportunities in new-age technology. That doesn’t mean Goyal and YourNest have been edge computing focussed from the very beginning; in fact the fund announced its new focus on edge computing rather recently.

Goyal said the focus has changed because the market is ready. “When we started the fund in 2012 one of the things we realised early on was that India is no more about just tech services, but it is now ready to take off and become a product nation. So, our journey was about identifying product companies whether it is SaaS or IoT or robotics.”

Edge computing as an area of interest for investments is also in line with YourNest Venture Capital’s focus from the very beginning on enabling faster decision-making processes, and it’s one of the main reasons the fund has been consistently keeping an eye on the AI and IoT segment.

From its kitty, YourNest Venture Capital usually invests in the range of INR 4 Cr (about $575K) – INR 6 Cr (roughly $860K) and in Pre Series A rounds.

Some of its previous investments include Arya.ai, an AI startup building Artificial General Intelligence and Rubique, an online ‘one-stop-shop’ marketplace for multiple financial products.

According to CB Insights, the global edge computing market is expected to hit $6.5 Bn by 2022, growing at a rate of 41%. Our conversation with Goyal covered edge computing use cases in India, and the delay in raising their second fund. What did it take to convince investors to come on board to invest in a technology that isn’t easily understood. 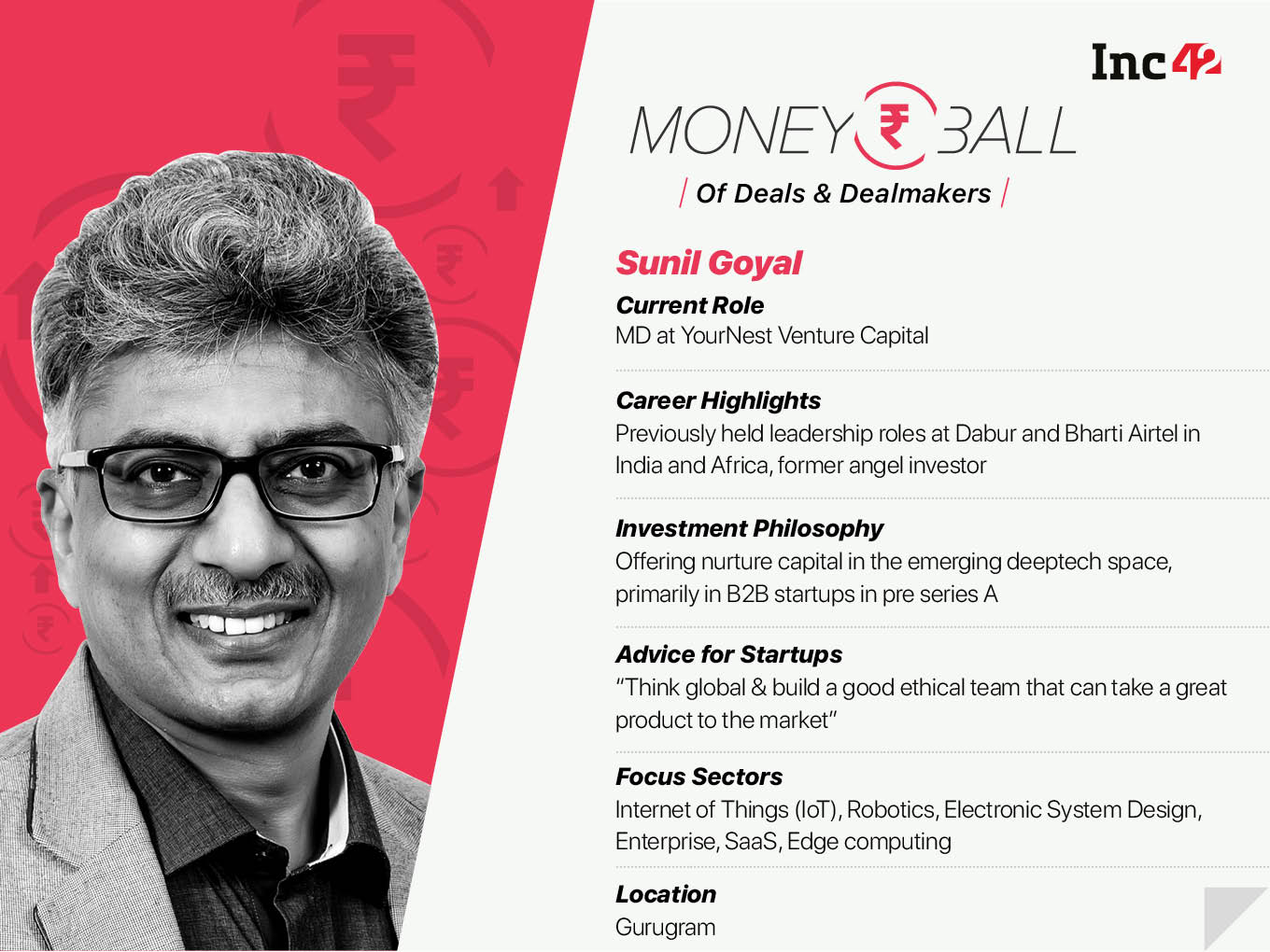 Inc42: What are some of the immediate problems that edge computing can solve?

Sunil Goyal: Where the stakes are of life and death…where high-pressure decision making is involved. We have a company called CRON Systems which helps detect any kind of intrusion on India’s international borders, and figuring out if the intrusion is caused by an animal or human.

Other use cases include autonomous vehicles and healthcare software installed on wearable devices. For instance, instead of waiting for the medical data to be analysed by a doctor or a diagnostic cloud, if it is alarming scenario, the medical decision be taken much sooner.

Inc42: Is this a major area of concern in India yet, or are you focussing more on markets abroad?

Inc42: Would you say the Indian market is your secondary focus, then?

Sunil Goyal:  In the US if you have a unique solution, the customer base is just huge, the top 200 companies in India which have over $10 Bn in market cap have peers in the US who are valued at over $500 Bn. The US market is huge —  25 times bigger and customers are paying a premium for high-quality service.

Our starting point is always going to be India. For example, ICICI has said that the entire automation for their claim processing and for underwriting is being done by Arya.ai, which is our portfolio startup.

We have also invested in a startup that creates virtual reality SaaS product whose target audience are architects and the first 100 will come from India.

Inc42: Why the delay in getting to the second fund?

Sunil Goyal: We are three people who were outsiders in the venture capital industry. We are not an offshoot of any VC firm and what we have learnt is through our experience when we used to do angel investing and the rest is learning on the job.

Thus the first fund has had one of the least mortality when compared with other funds, and could give 5x for investors. Now we are in a much better position.

Inc42: During this time did you feel any pressure from your peers who were raising funds around you?

Sunil Goyal: One of the biggest gaps, when you meet entrepreneurs, is lack of focus. There is an opportunity in everything, and maybe because in the past we had a resource crunch, we now go after everything that is attractive.

We will not deviate to become into an incubator, accelerator or get involved in Series A or Series B. Staying focused means you cannot do multiple things at the same time. You cannot launch a fund, deploy quickly, and raise the second fund quickly.

Patience, conviction and focus are what we go by.

Inc42: How much do you typically invest in startups?

Sunil Goyal: We invest in the Pre Series rounds and typically invest between INR 4 Cr (about $575K) — INR 6 Cr (approximately $860K). For the second fund, we are keeping two rupees back whenever we invest a rupee in a startup on an average for follow on investments.

Inc42: You have not made any exits. Are any happening soon?

Sunil Goyal: The average age of our portfolio companies is three and a half years. There are a  good two years before we think of making any exit.

Inc42: Can edge computing eat into the cloud business?

Sunil Goyal: Cloud will continue to grow and edge computing will not eat into it but will be a complimentary service. The chipsets these days now have the capability of helping with ultra-fast decision making and thus edge computing will see a manifold growth.

Inc42: Could you tell us about the composition of investors in your fund?

Inc42: When it comes to HNIs or family funds, how do you convince them to invest in startups that are engaged in providing deeptech solutions such as edge computing?

Sunil Goyal: One person managing a family office fund told me that he had invested in a deeptech startup in China around 7-8 years ago and today he is bound to make 15x return in dollar terms. There are family offices who are seeing these kinds of obnoxious returns from other markets and now they are developing their capital towards India.

The toughest task is educating them so that they comprehend what this asset class is especially considering the money remains illiquid, which is to say that the money comes back to them after we sell the underlying company which takes 5-6 years. These investors traditionally have seen regular returns in one form or the other.

Most of the family offices have seen lack of corporate governance among the entrepreneur community and hence for them to trust the money to a fund which in turn is investing in entrepreneurs, requires good faith to be built.

It is easier for us to go to international markets where endowment funds, family offices are more receptive because they have seen it happening around them.

Editor’s note: This interview has been lightly edited and condensed for clarity.

This article is part of Inc42’s Moneyball series in which we bring you up close and personal with the pioneers of the investment world. Dive in to find out about what excites investors, their views on the latest technology and investment trends, and what the future looks like from their point of view! Explore other Moneyball series stories here.