Miko, By emotix, Is An Emotionally Intelligent Conversational Robot That Improves Its Knowledge Graph Over Time 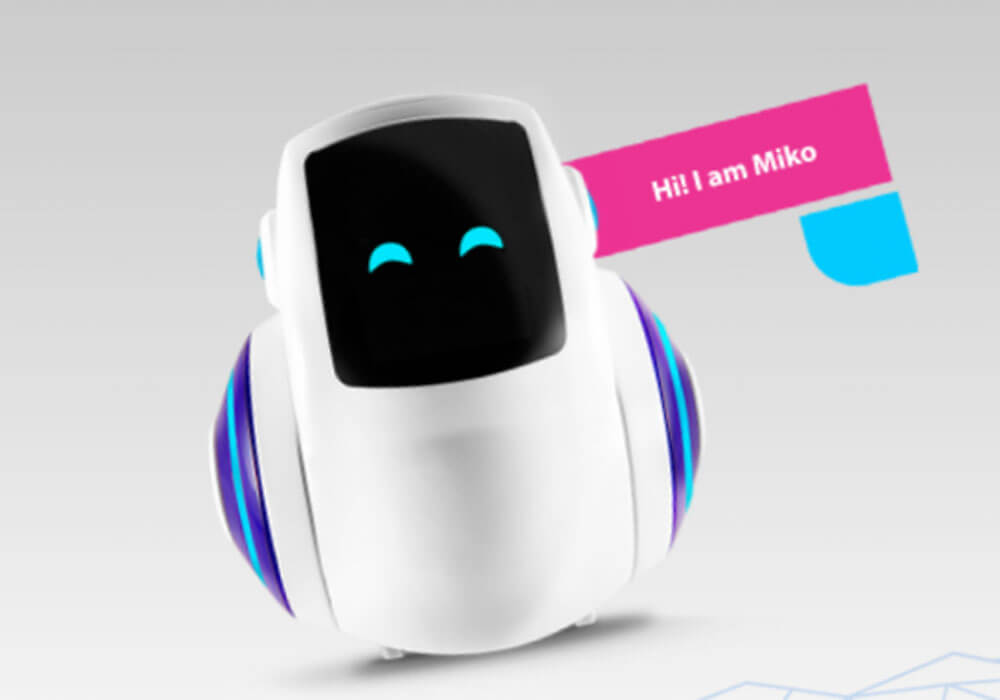 The creator of Miko, a robot for children focused on educating and entertaining children, Emotix plans to use the funds for new product development and research in the area of consumer robotics focussed on emotional and artificial intelligence, reports ET.

emotix was founded in October 2014 by three IIT Bombay alumni: Chintan Raikar, Prashant Iyengar and Sneh Vaswani, and is today driven by an over 35 member team of roboticists, academicians and neuropsychologists. Emotix was founded on the pillars of Robotics, Artificial Intelligence and Internet of Things (IoT).

As per its website, “Once equipped with a deep understanding of artificial intelligence and robotics, and having gained experience in the top technology companies of the world, the team wanted to use their understanding of these fields to solve a real societal challenge. The findings of extensive market research pointed to the direction of the need to bring robotics into Indian homes, and most importantly to Indian families. This gave birth of Miko, India’s first companion robot.”

Sneh Vaswani, co-founder and CEO, emotix, told ET, “the company has seen an equal amount of traction from parents in tier-II and III cities, as well as from those in the metros. Besides a consistent growth rate in sales, we surpass some of the best AI conversational stacks globally, by clocking 37 times the average session duration with our user as compared to industry peers.”

As per emotix, priced at $285 (INR 19,000), Miko has the capability to keep improving its knowledge graph over time by capturing new information. It said 22 pilots were conducted prior to its launch.

During Day 2 of TiECon Mumbai 2017, Vaswani had talked about Miko saying, it’s an interface that “aims to fulfill the gaps in a young child’s education that can be used to engage, interact and ultimately educate the child without taking anything away from a human experience”.

He was also insistent on clarifying that the role of Miko and others of their ilk was purely to enhance knowledge and facilitate information.

“From a philosophical consumption point of view, there is absolutely no need to substitute humans, teachers, parents, etc. The idea is to ensure that the child is educated beyond the confines of a regular classroom as well as not using tech just to play games or watch online content,” he added.

As the Indian government identifies the growing potential of new age technologies, it has allocated over $480 Mn under the government’s Digital India initiative in the Union Budget 2018. The finance minister had announced that the government will be investing extensively in research, training and skill development in robotics, AI, digital manufacturing, Big Data intelligence and Quantum communications, among others.

With the advantage of being the major player in the segment for children robots with Miko, emotix has a wide untapped market potential. The boost of funding from IDG Ventures and YourNest is bound to amplify the next product the company is working on.