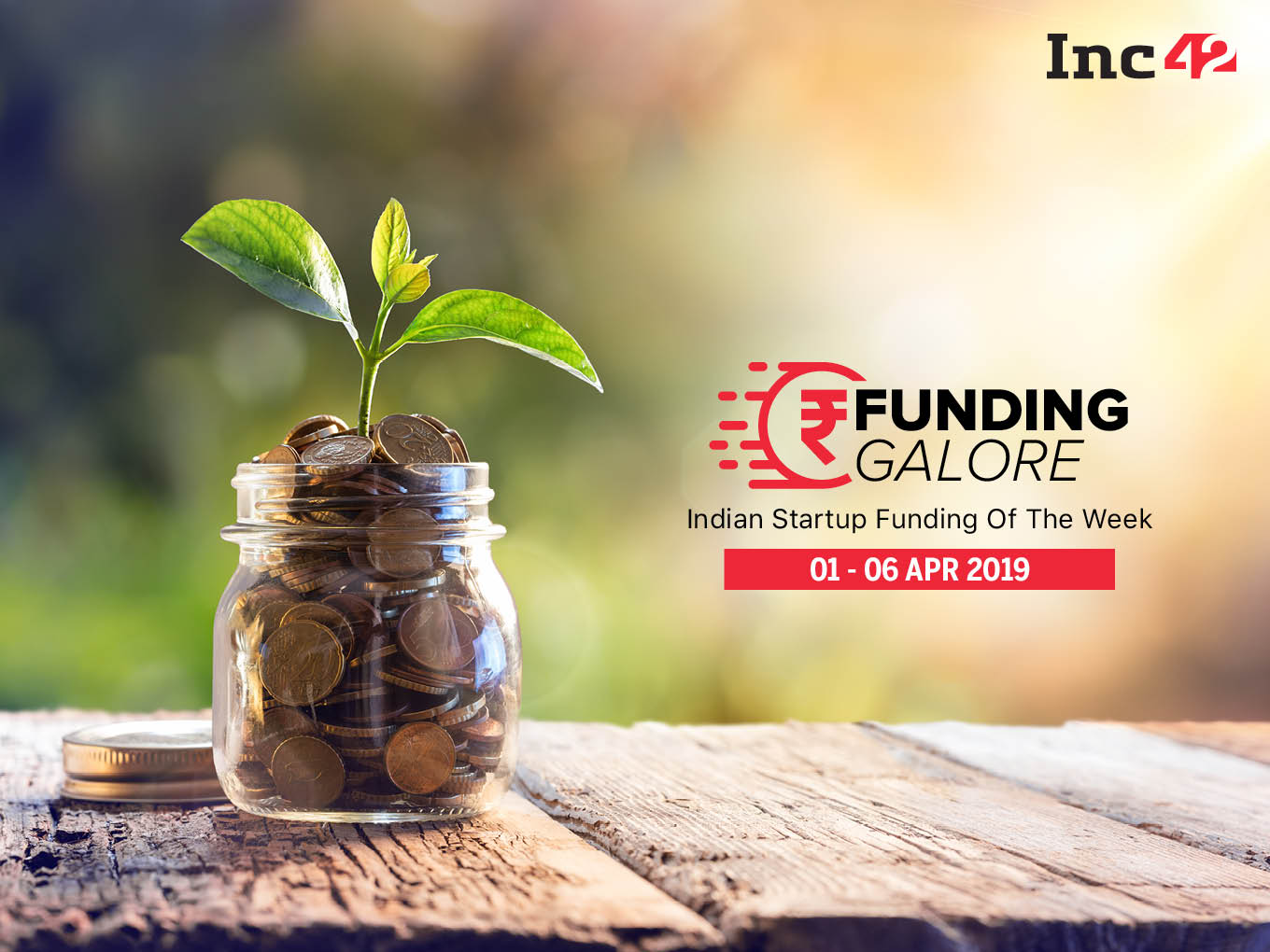 This week one of the biggest funding came to Bengaluru-headquartered logistics startup BlackBuck which raised INR 553 Cr ($79.9 Mn) in a Series D round from Accel Partners US, Goldman Sachs and B-Capital.

Inc42 had earlier reported in March that the company’s pre-money valuation reached $1.11 Bn (INR 7,732 Cr) as on December 31, 2018. The company’s filings also showed that it aims to achieve profitability by December 2021.

In all this week, 18  startups raised $369 Mn funding and three startup acquisitions took place in the Indian startup ecosystem. (This funding report is based on startups that disclosed funding amount.)

OYO: Gurugram-headquartered hospitality unicorn OYO has raised nearly $200 Mn as part of its Series E round from US-based multinational hospitality company Airbnb. The two companies have also signed a strategic partnership and are looking to collaborate on multiple projects, one of them being Airbnb listing OYO’s properties on its platform

1MG:  Gurugram-headquartered epharmacy startup 1MG has raised $45.4 Mn (INR 314 Cr) in a funding round raised between December 2018 and March 2019. The round has been led by investors including — Corsiol Holding, AG’s subsidiary KWE Beteiligungen, Redwood Global, among others. 1MG’s existing investors — Sequoia Capital, Kae Capital and HBM Healthcare Investments also participated in this round of funding, MCA filings accessed by Inc42 showed. With these two rounds combined the company has secured close to $60 Mn in the last one year.

BharatPe: Delhi-based fintech startup BharatPe has raised $15.5 Mn in Series A funding from Insight Partners, Sequoia, and Beenext. The company said it will use the funds to scale their operations.

Little Black Book (LBB): Delhi-headquartered digital media platform Little Black Book (LBB), has raised $5 Mn (INR 34.4 Cr) in Series A funding round, led by Inventus India and IAN Fund. Investors from Japan such as Dream Incubator and Akatsuki Entertainment Technology (AET) Fund, and existing investors Blume Ventures, and Chiratae Ventures also participated in the round. The fresh funds will be utilised to expand the technology and product team, with a focus on machine learning (ML) for discovery, and integration of content with commerce.

WedMeGood: Gurugram-based online wedding platform WedMeGood has raised $2.6 Mn in Series A funding from Orchid India. The company plans to use the funds to expanding its market further and also invest further in the product, user acquisition and diversification of revenue streams.

Intello Labs: Gurugram-based agritech startup Intello Labs has raised a $2 Mn seed round from Nexus Venture Partners and Omnivore. The startup will use the funding to strengthen its product and  boost its global expansion.

SurveySparrow: Kochi and Palo Alto-based survey and customer feedback software, SurveySparrow has raised $1.4 Mn in seed funding from Prime Venture Partners. The SaaS (software-as-a-service) startup will use the funds for product development and extensive hiring across engineering, product development, and marketing.

KidzByte: Mumbai-based edtech startup KidzByte has raised $288K (INR 2 Cr) in a seed funding round from serial entrepreneur Pranay Goyal. The funds will be used primarily towards further scaling its technology, expanding its user base and its resources.

Big Bang Boom Solutions: Delhi-based defense tech startup Big Bang Boom Solutions (BBBS) has raised a $216K (INR 1.5 Cr) grant for winning the ‘See Through Armor’ challenge by the Ministry of Defence under iDEX. The win entitles the startup to a chance to co-develop the solution along with the Indian Army, and a grant of Rs 1.5 Cr.

Baxi-Fresh: Gurugram-based micro-delivery startup Baxi-Fresh has raised $288K (INR 2 Cr) in a new bridge-round from its existing investors, including Alok Mittal, founder and CEO of Indifi Technologies, Nitin Singhal, a UK-based angel investor and Mahendra Pratap, founder and CEO of Shiksha Infotech. The funds will be used to expand and launch its delivery services in 200 residential neighborhoods in Gurugram and New Delhi region by July this year.

ten3T: Bengaluru-based healthtech startup ten3T Healthcare has raised an undisclosed amount in a pre-series A round of funding led by the ITI Growth Opportunities Fund with participation from earlier investors pi Ventures and previous angel investors. The funds will be used to expand the usage of their revolutionary product, Cicer, to home care scenarios, ambulance monitoring, and pharmacovigilance studies.

Pi Beam: Chennai-based electric vehicle startup Pi Beam has raised an undisclosed amount in a Pre-Series A round led by Eagle10 Ventures, with Bluehill Capital and HNIs also participating in the round. The fresh funds will be used for ramping up sales, expanding team and new product development initiatives.

FlatPebble: Hyderabad-based AI-driven on demand cataloguing platform FlatPebble has raised an undisclosed amount of funding from Indian Angel Network. The company plans to use the fresh funds towards scaling up its operations and its future expansion.