J&K Startup Hub: Fighting To Survive In The Times Of Political Instability

J&K Startup Hub: Fighting To Survive In The Times Of Political Instability 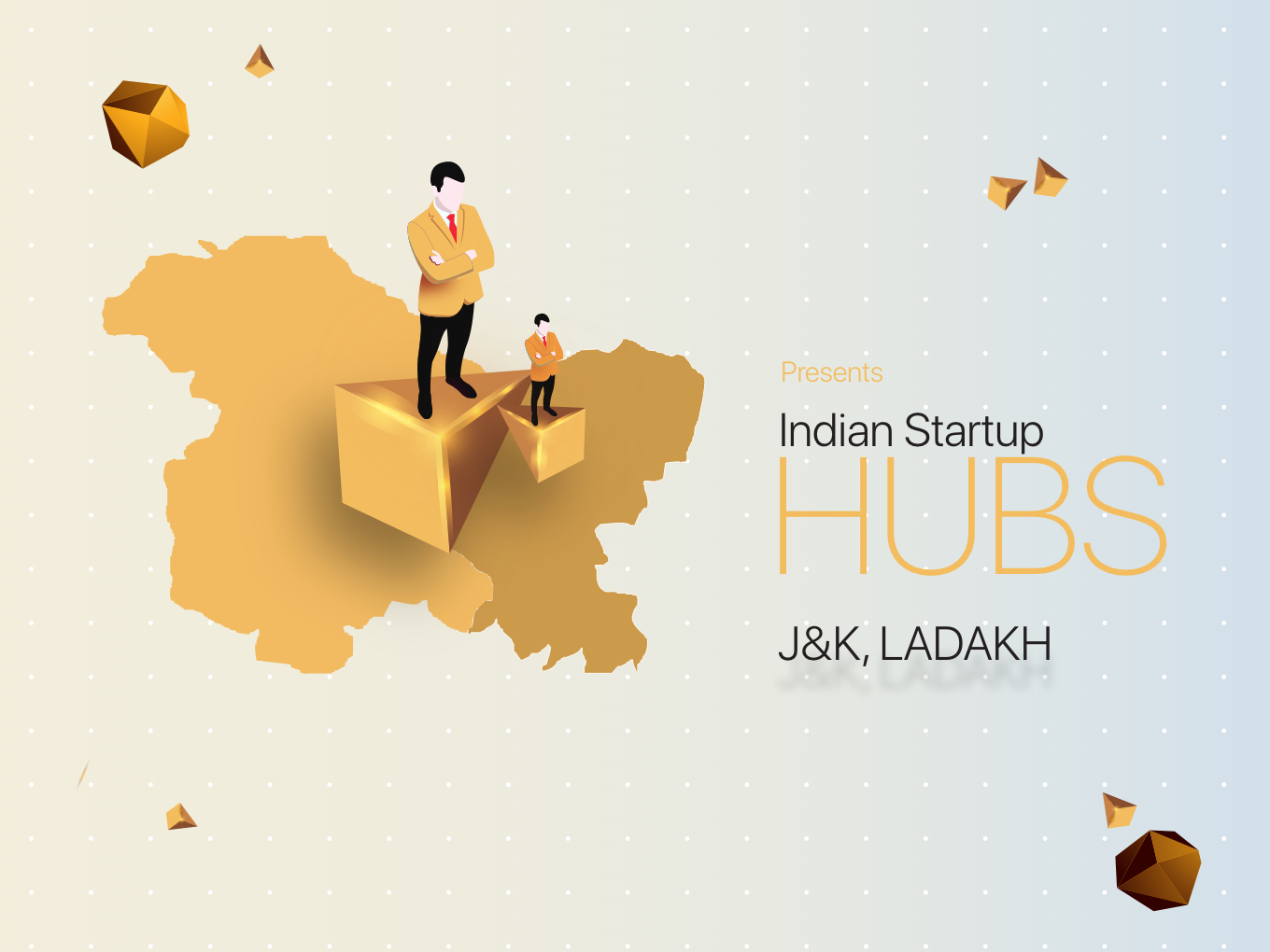 J&K is home to startups like Kashmir Box, Fast Beetle and Golden Kashmir

J&K Startup Policy is also applicable in the union territory of Ladakh, despite the separation

Picturesque valleys, a thriving local culture and some of the most magnificent views in all of India — Jammu and Kashmir has rightfully earned the sobriquet of “paradise on earth.” For years, the erstwhile state and now union territory has served not only as a tourist destination but as a perfect shooting location for Indian filmmakers. Whether it’s Kashmir ki Kali, Silsila, Roja, Dil Se or 3 Idiots, J&K has attracted creative minds for decades, and this also includes entrepreneurs and startup founders.

While after the abrogation of Article 370 by the Indian government in 2019 the state was divided into two union territories of Jammu & Kashmir and Ladakh, when it comes to startups, we have to look at the two UTs as one.

Considering how popular Jammu and Kashmir used to be for tourism, business and the film industry, one would assume, it was the perfect place for startups. But that’s not the case, so what went wrong? The political tension and instability have been the chief factors which have cancelled out the development over the years. The spate of internet shutdowns, cellular services blockages and curfews have also marred the business atmosphere. With half the region caught in the most recent internet shutdown for over six months, how do startups in both the UTs hope to survive?

Before we start, here are some points to remember about Jammu and Kashmir and the Ladakh region:

But with no internet is that even a possibility for Jammu and Kashmir, and Ladakh? The answer is highlighted in the J&K Startup Policy, released in 2018.

The policy has not been updated after the separation of Jammu and Kashmir and the Ladakh region. For now, the J&K Policy is also implemented in Ladakh. The J&K Startup policy has specified down on seven focus sectors. These include:

How Instability Impacts Startups In J&K

Irtif Lone,  head of Centre for Innovation Incubation and Business modelling at JKEDI (Jammu & Kashmir Entrepreneurship Development Institute), who has been involved in the formation of the policy, told Inc42 that the Jammu and Kashmir’s startup ecosystem has been underway for a decade and there was a dire need for a formal policy to boost the ecosystem.

He clarified that while formulating the policy, the committee had accounted for the instability in J&K, therefore they decided to focus on “base sectors that had been driving the economy so far.” But the few startups that are trying to make it big in the tech industry do not seem very happy with it.

Sumit Bhat, cofounder of BHU-incubated healthtech startup Doctors Around You, noted that the focus area of the J&K Startup Policy was something that was relevant in the 1990s. Now that India is heading towards a much more tech-enabled economy, the policy should be updated as well, he said. Doctors Around You set up its base in Jammu but had to move to Pune because of the lack of support from the local ecosystem

“The registered startups include coaching institutes, manufacturing units, farm, but those are not startups. You cannot consider normal businesses as startups. We should be looking for more innovative startups, that are actually solving a problem.”

With Jammu and Kashmir becoming a union territory, there is some hope that direct intervention of the central government will spur on the J&K startup ecosystem and it will get the same boost as the rest of the country.

Despite the J&K Startup Policy coming into play two years ago, the early signs of innovation can be seen across the union territory, in both Jammu and Kashmir and Ladakh. Some of the interesting startups here are:

Kashmir Box: Kashmir Box is an ecommerce platform that sells handicrafts and handlooms. The company was founded by Muheet Mehraj in 2011, and has been one of the funded startups from Jammu and Kashmir. The company brings local artisans and farmers, producers, and local brands from far-flung areas of Kashmir onto one platform, allowing them to sell their products to clients from 40 countries.

Fast Beetle: Founded by Sami Ullah and Abid Rashid in 2018, Fast Beetle is Kashmir’s first logistics company. The company also facilitates the growth of other startups in the newly-made union territory by providing end-to-end service to the entrepreneurs, specifically women.

Jos&Fine: Jos&Fine is a Kashmir and France-based startup that was founded by Aaditya Kitroo and France-based Safia Igranaissi. The company manufactures and sells authentic and highly-prized Ladakhi Pashmina. The company’s design studio and offices are set in France, meanwhile, the craftsmanship is conducted through its operational headquarters and team in Kashmir.

KartFood: KartFood is an online food delivery service in Kashmir, which was founded by Furqan Qureshi and Amir Bashir. Initially, the company used to take orders through phone calls, but the company launched its website for online orders in February 2017. KartFood rolled out its mobile-application in April that year. The company also plans to diversify its services to include other items as well.

Being an emerging startup ecosystem, Jammu and Kashmir’s startup ecosystem is largely supported by incubators. Several startups Inc42 spoke to highlighted that there is a serious lack of investments in the union territories. JKEDI’s Lone told us that there are no angel investors or venture capitalists in Jammu and Kashmir, but JKEDI is constantly trying to get more people on board.

The central government is planning to hold a three-day Global Investors’ Summit 2020 this year after cancelling plans to conduct it last year. With this, the government is looking to invite investments into the newly formed union territory of Jammu and Kashmir. Will this be the turning point for startups in the state?