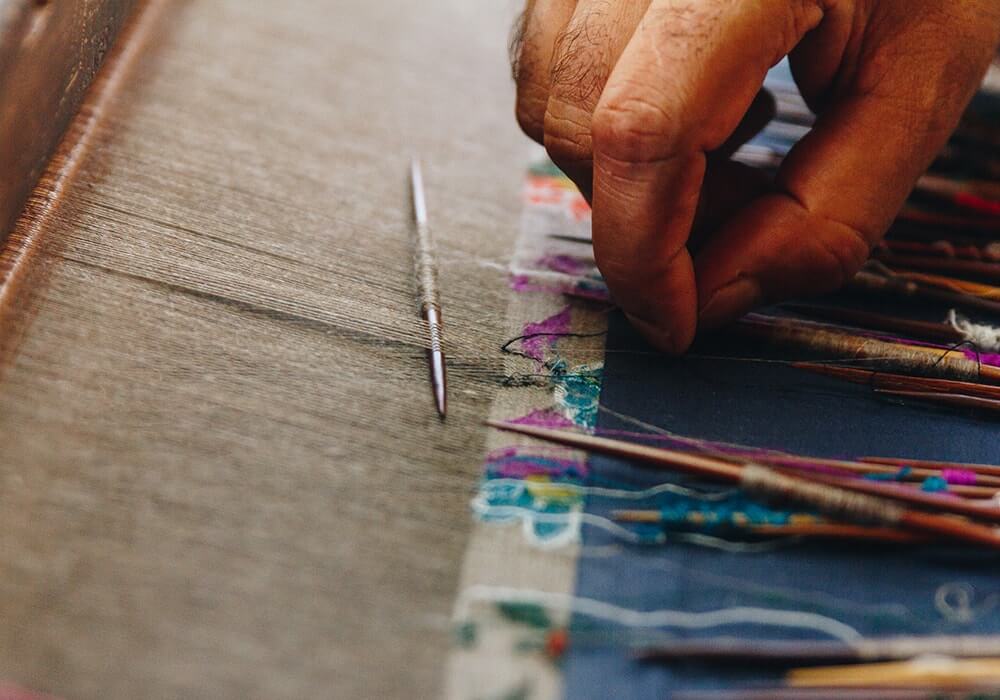 On the latest fundraise, Muheet Mehraj, Founder of Kashmir Box, said, “Our efforts have resulted in a 40% increase in the wages of our artisans and farmers. We are now aiming to expand our reach to include 30K artisans and 6K farmers who will bring Kashmir into every household, nationally and globally.”

Kashmir Box has managed to bring together more than 10k local artisans and farmers, 200 producers, and over 50 local brands from far-flung areas of Kashmir on its platform. Mehraj claims that they have served over 50k clients across 40 countries.

Despite being headquartered in Kashmir, which is plagued by frequent Internet shutdowns — it saw 29 shutdowns last year — the startup has managed to champion the digital movement towards redefining local products to give them a global appeal.

“Kashmir has been selling handloom products to the world for decades. Today, artisans are trying to serve a newage customer who comes from an organised market, which has a completely unorganised supply-chain. So there is a big disconnect. We went from just being a marketplace to building a small ecosystem,” Muheet Mehraj, tells Inc42.

The ecosystem he’s talking about has six elements (elaborated later in the story) in line with its its aim to increase artisans’ income five times with 5x growth.

The Growth Chart of Kashmir Box

“Previously, we weren’t making much of a marketing effort as the focus was on building the backend (to enable a six-element ecosystem). Then we started looking at promoting products. We have already built the product lines and it’s time to push. We will now start looking at numbers when we talk about Kashmir Box,” says Mehraj Muheet.

It has around 15-20K users visiting its platform daily and it further plans to increase the numbers through digital marketing efforts after this latest round of funding. It has a total employee strength of 35 employees. Its main warehouse is in Kashmir.

As of March 2018, Kashmir Box had empanelled over 10k local artisans and farmers on its platform and had successfully served 50k customers across 40 countries. The company’s efforts have resulted in a 40% increase in the wages of its artisans and farmers.

Mehraj says the income of Kashmiri artisans has not increased since 1980s. They earn a paltry $1.49-$2.23 (INR 100-150) per day. “We understood that just building a marketplace will not do; what was we needed was an ecosystem. For the last seven years, we’ve been bootstrapped in building just that,” he adds. Here are the six ‘infinity stones’ or elements of the ecosystem aimed to raise the income of artisans.

In the last seven years, the startup has been slowly and steadily building this ecosystem. “We have not pushed it, we have not gone into other geographies because we don’t want to hurry. The future idea for Kashmir Box is to become a global brand by replicating the idea in other geographies,” says Mehraj.

He added that Kashmir Box has received acquisition offers from some of the leading players in our industry but chose not take the offers. “The way Kashmir Box looks at the problem is just not an access issue. There is still a lot to be done,” he says.

Putting The $5 Bn Kashmir Handicraft Industry on the Global Map

According to Mehraj, Kashmir has a strong 300K artisan base with $6 Bn market size and is home to few of the world’s finest handlooms and handicrafts. Yet, the region has witnessed a continuous decline in the last two decades. Government data suggests that export of handicraft products decreased 37% between 2015-17.

Mehraj reasoned, “Nearly 80% of the produce sold in the market is not original, which is leading to a massive decline in customers.” This has resulted in low wages for the artisans, which, in turn, has caused a sizeable number of artisans to quit the profession altogether, he explains.

When asked about the competition in the space, Mehraj avers, “Honestly, no one.” He believes that there are some other companies trying to build their businesses but they don’t have the ecosystem approach. He added that Kashmir Box doesn’t care about the competition yet because the problem it is looking to solve is much greater than just selling products. “When we sell a pashmina, we know what pashmina is,” he adds.

The startup has recently launched its centralised office in Delhi which holds the marketing, technological, and finance departments. It plans to hire a team passionate about promoting the local products. “Two-three years from now, we will bring in products from the northeast, Rajasthan, and other Indian states and slowly build a global box out of it,” he says.

Curfews And Internet Shutdowns: So What?

In 2016, Kashmir Valley witnessed sporadic unrest from July 8 to November 30 followed by curfews and Internet shutdowns. The state of Jammu and Kashmir suffered losses to the tune of over $2.3 Bn (INR 16,000 Cr) during the unrest.

Even in those times, Kashmir Box continued working on a war footing on building its six elements ecosystem. To buck the curfew and Internet shutdown, the team worked from 4am-7am and 7pm-10pm.

What is it that keeps the startup going in the face of such inconveniences and hurdles, Inc42 asked Mehraj. “During the unrest, some of our artisans started calling us saying: ‘Tourism in not happening, showrooms are not selling. The only hope we have is you.’ This prompted us to come out of our houses and work even harder,” says Mehraj. Part of the team worked out of Delhi, and that is how the Delhi office started.

“One of our investors told us at that time: ‘If you could be successful working in such a model with such hardships in Kashmir, you can be a success anywhere’,” says Mehraj. The Road Ahead For Kashmir Box

By December 2020, Kashmir Box aims to launch its existing gourmet food brand Koshur across 200 physical selling points in five cities — Delhi, Mumbai, Bengaluru, Hyderabad and Chennai. Koshur is working with more than 300 farmers across the valley to bring forth healthy food offerings from the depths of Jammu and Kashmir, including saffron, dry fruits, tea, kehwa, spices, herbs, and essential oils, among others.

“Koshur is an attempt to revive Kashmir’s forgotten foods and bring back healthy, authentic varieties to national and international customers,” says Mehraj.

At a time when the Walmart-Flipkart deal has taken the startup and ecommerce world by storm with an over $16 Bn acquisition deal, startups like Kashmir Box’s entry into the fray may seem small, but the amount of effort it is putting in uplifting the artisans and products of its geography is something priceless.