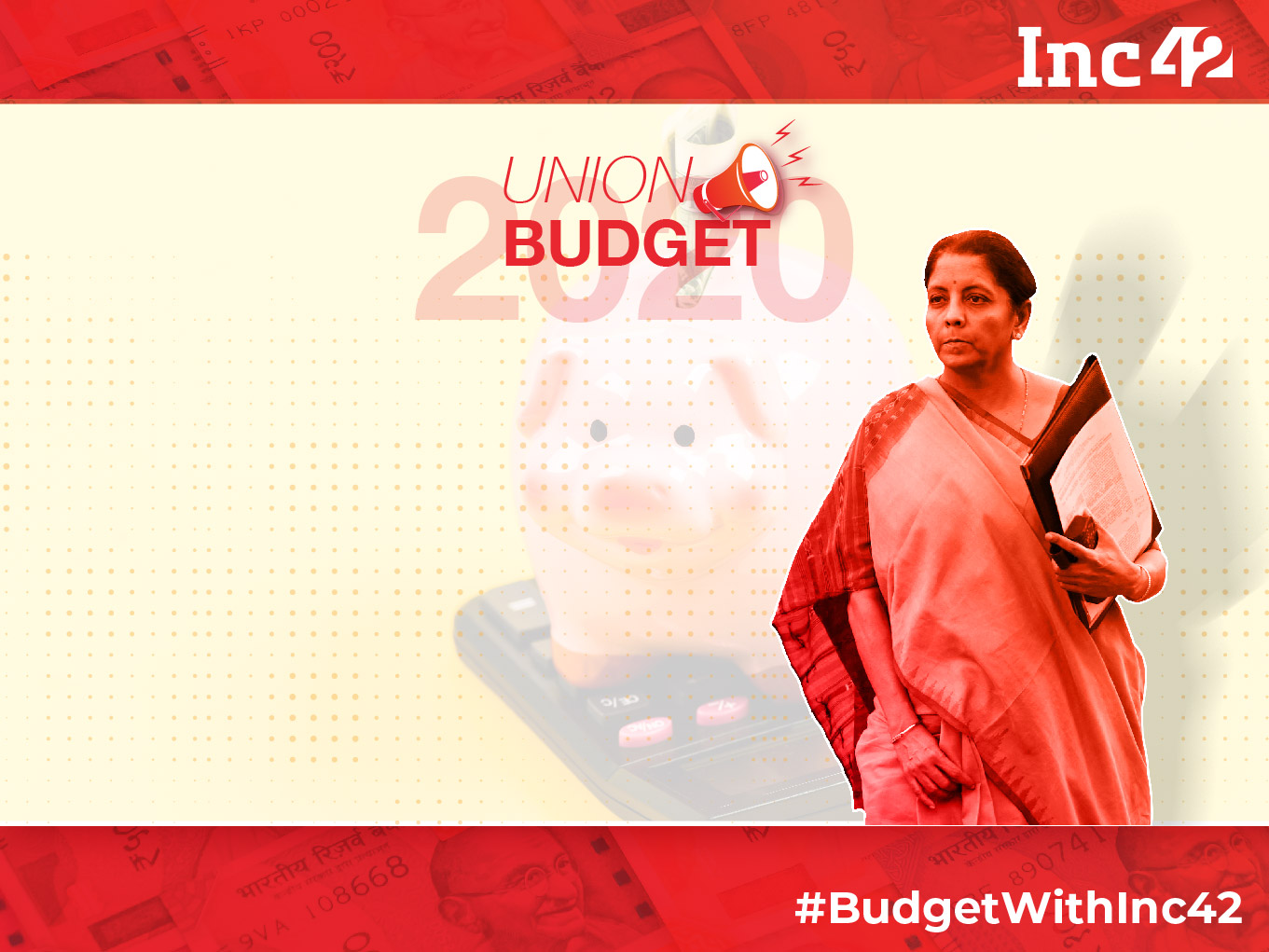 When it came to startups' demands, Budget 2020 left more balls than it actually hit

Budget 2020 does not address the major demands of EVs

While there were plenty of highlights in the Union Budget 2020, like TV Mohandas Pai, former Infosys CFO and Aarin Capital partner, commented, “It’s disappointing for startups.”

And, it’s not only for startups. Despite being the longest budget speech, it disappointed a majority of stakeholders, including the common man who feels cheated in the form of the partial income tax exemption lollipop.

Take the education sector for instance, as predicted by Inc42, finance minister Nirmala Sitharaman yet again re-read her plans to bring in a New National Education Policy to transform India’s higher education system to one of the global best education systems. The same, that was announced in Budget 2019  as well, along with the National Research Foundation. However, the latter didn’t find a mention this time.

So, when the FM mentions things that “need to be done” 31 times instead of providing a clear strategy and funding to implement the same, there appear to be more misses than hits.

Surprisingly, skipping the most talked issues of economic slowdown, consumer spending and joblessness, Sitharaman didn’t even talk about the Modi government’s previous initiatives and their implementation part. This includes Fund of Funds for Startups.

Even the new income structure that aims to address the low consumer spending is not something that one expected from the government. Ramki Gaddipati, CTO and cofounder, Zeta said, “At a time when we are seeking simplified process and structures, the proposed income tax structure seems to have become more complex. We hope to get more clarity on this point.”

What were the major demands that stakeholders had raised in their conversations with Inc42 that the finance minister overlooked?

Startups in almost every sector particularly from agritech, EV, edtech, healthtech and deeptech had demanded to create sector-specific innovation funds to drive the research and development in these fields. Given that new technologies involve huge capital expenditure, and that they are not always a profitable game, India does not have even have the right infrastructure to support such bets. The new education policy has also advocated funding allocation for R&I and creation of the National Research Foundation to make India a knowledge economy, but there was little beyond lip service here in the Union Budget 2020.

No Tax Parity On Capital Gains

The budget speech did not touch this subject, but did introduce changes in DDT.

Reduce The TDS Rate For Startups

“Startups have to currently face TDS (tax deducted at source) rate of 10% on the revenue. This implies an effective post-tax profit rate of 33.33% to 45%, which is unheard of anywhere in the world. This affects the working capital of startups as a number of them don’t make profits and they need to wait 6-12 months after filing their returns to get their refund, further hurting working capital for startups,” said Siddarth Pai, managing partner, 3One4 Capital.

While Pai and many others were expecting Sitharaman to reduce the current of 10% to 1%, the finance minister did not address the TDS rate for startups.

At a time when the government has high hopes from electric vehicles industry, the Union Budget 2020 simply makes a passing remark on the sector. Sitharaman in her Budget announced,

“Under Make in India initiative, well laid out customs duty rates were pre-announced for items like mobile phones, electric vehicles and their components. This has ensured gradual increase in domestic value addition capacity in India. Customs duty rates are being revised on electric vehicles, and parts of mobiles as part of such carefully conceived Phased Manufacturing Plans.”

Besides custom duty rates, Sitharaman ignored the biggest concerns of electric vehicles industry stakeholders. Two of which are:

Nationalised banks do not extend loans to the EV startups over their asset. Secondly, there is a huge delay in the subsidy fund disbursal under phase 2 of FAME.

In addition, the EV makers had demanded to reduce the GST on lithium-ion batteries from 18% to 5%, This could have helped reduce the cost of electric bikes by almost 10%.

Unlike Jaitley, Sitharaman Does Not Mention Crypto

Commenting on the budget, Nischal Shetty, of WazirX told Inc42, “We were hopeful that there would be some mention about crypto. The budget should have had a small section on promoting technological innovation. While our government is trying to do its best to get the economy growing at a rapid pace, it would have helped boost their efforts if they had mentioned crypto. Nevertheless, the entire crypto community of India will continue to push for positive crypto regulations.”

Among other issues that were not addressed in the budget are:

All of these demands were not touched upon by the finance minister. However, given the track record of Modi 2.0 government, one would not be surprised if the government in a few months announced another set of amendments under the finance act.

Further, not taking on the economic slowdown, it appears that the government is still unclear about what measures will work.

Dr. H. K.Pradhan, professor of finance and economics at XLRI – Xavier School of Management said, “The budget has not addressed the present demand slackening that has contributed to the growth slowdown, and particularly rural consumption, which might delay the revival of the economy in the near term.”

“There is not much structural reform agenda in the Budget proposal, though there are no freebies and hike in the unproductive expenditures. The FM leaves the challenges of the growth revival to the market, as factors that would hinder would be higher interest rates going forward, unclear infrastructure financing plan, and specific measures to enhance credit flows from the banks and NBFC sector.”

Ankur Choudhary, cofounder & CIO, Goalwise.com said, “On the personal finance front, the 2020 budget has not lived up to the expectations of the taxpayers. While increasing the insurance cover for bank depositors from INR 1 lakh to 5 lakhs is a positive and much-awaited step but on the income tax side, it has been a disappointment. Although a new tax regime with lower tax rates has been introduced, the removal of all exemptions including even 80C exemptions will water down its benefits.”