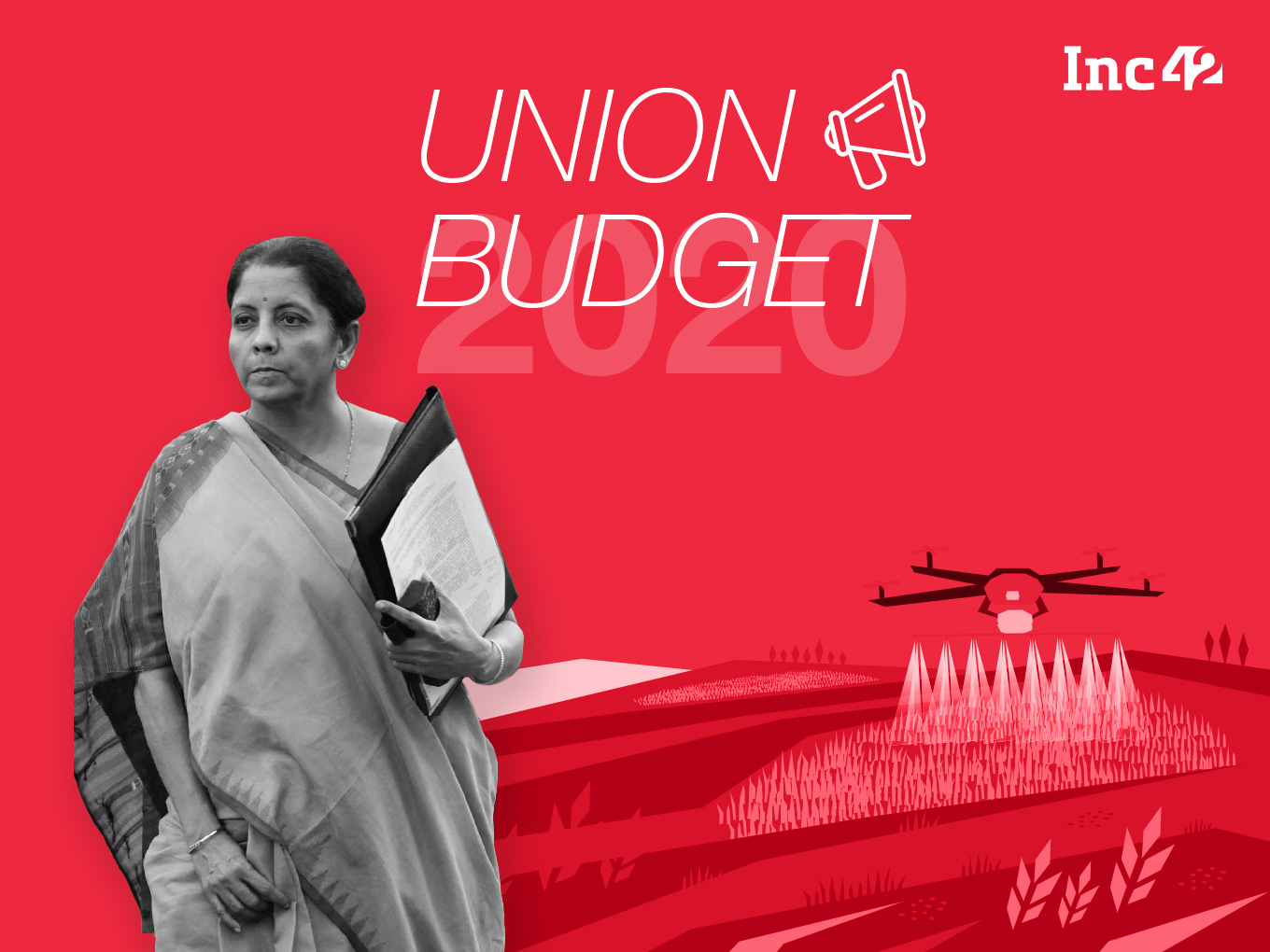 Agritech must be demarcated from agriculture, demand startups

It’s 2020 and we are almost on the verge of yet another Union Budget that will once again decide the fate of millions of farmers in India.

The 15-year-old MS Swaminathan report on Indian agriculture and the plight of farmers is outdated and the situation for the agri economy has only worsened since then as the Indian government never acted upon the recommendations of the report.

The Issues Impacting Indian Agriculture In 2020

While agriculture has changed in the past decade with the introduction of data analytics, IoT and improved weather prediction, these efforts have not had the impact expected. While agritech is definitely seen as one of the most important sectors of the tech startup economy, the reality is that the government needs to do more to alleviate the key problems in the sector.

In 2019 alone, the government approved 421 mandis or local markets under the national agriculture marketplace or eNAM. The farmer producers’ organisations (FPOs) joined e-NAM and listed their produce for trading from their premise, which the government claims to have solved the problems of reach and eliminates middlemen.

With 23 warehouses under the Central Warehousing Corporation (CWC) located in 11 districts,  have been declared as deemed markets under Agriculture Produce and Livestock Marketing (APLM) Act which will facilitate trading in future through these warehouses on the eNAM portal. Additionally, 12.40 lakh soil health cards have been distributed to farmers under the Model Village Project by the government.

However, these efforts are almost negligible when we look at the agricultural distress of India. According to NCRB data, in 2017 alone, 10,655 farmers committed suicide in India.

In 2019, one of the biggest policy announcements was the Pradhan Mantri Kisan Samman Nidhi (PM-KISAN) Yojana. This was definitely a big help to the farmers in terms of direct benefit transfers. However, launching the programme itself marks the failure of other farmer welfare programmes. And, as long as the government does not unlearn the learned mistakes, agricultural reforms will not make the impact as the govt planned it to.

Today, instead of playing into the hands of middlemen, the government should let agritech players lead agriculture, said agritech startups that Inc42 spoke to ahead of the Union Budget 2020.  Startup founders and agritech investors said that the focus on middlemen brings not only convergence and synergy, but would also infuse the necessary technologies that might change the game in the long run.

As Mark Kahn, managing partner of agritech fund Omnivore, told Inc42 earlier, “Government policies are screwing up the agricultural economy. Think about it. Had government interference not been there, would farmers grow so much wheat in Punjab, UP, and Haryana? If it wasn’t for this incredible subsidy of urea, would farmers be overusing nitrogen? No!”

Kahn praised some of the official policies but wanted more to be done to increase budget allocation for PM-KISAN and reduce subsidies that warp agricultural prices.

Agreeing to a great extent, Alekh Sanghera, cofounder and CEO of Farmart too had similar thoughts,

“Agriculture sector requires fundamental reforms like the financial reforms of 1991.”

Sanghera said that the government should look at direct cash benefits for farmers. “Stop indirect subsidies to fertilizer and power companies and remove nationwide MSP for staple food grains. The government should provide MSP for crops which are best suited in agro-regions and create an all-India market for agriculture products,” he said.

For Ravindra Agrawal, MD and founder of agritech startup KisanKraft, the primary focus of the Union Budget 2020 should be on the minimum support price, municipal taxes on farm produce, and the restriction on the movement of farm produce across various jurisdictions.

“The union budget that’s set to be presented soon by the finance minister will need to have a few measures that would give a fillip to the agriculture sector and, also, influence the amount of money in the hands of those in the sector, especially the farmers. The budget must be agriculture-friendly, which should have proactive steps to improve the viability of small farmers, including animal-based farmers e.g. poultry and fisheries,” said Agrawal.

The Need To Separate Agritech From Agriculture

Vyas added, “Last year, the finance minister emphasised on Gaon, garib aur kisaan (villages, the poor and the farmer) as the cornerstone of policymaking. With agritech missing from the key focus area, our planning will always be reactionary. In 2014, India spent only 0.3% of agricultural GDP in agricultural R&D (against 0.62% by China). It is high time — with looming climate change, water shortage, and limited arable land — the government supports agritech with proactive policy, research and innovation funds and long-term vision, through which agritech can offer rich dividends to increase farmer income levels and standard of living in a sustainable manner.”

Other startups also called for creating infrastructure support, especially for agritech startups. Mallesh T M, CEO of CultyVate, said that the focus of the startup is on using artificial intelligence and IoT-based solution to solve farmland problems.

He said the government needs to bring in “infrastructure support specifically for agri-startups for processing big agricultural data” and “access to leading hardware design and manufacturing houses to help Indian startups to compete with global IoT designs.”

Mallesh also added that the government should also levy zero tax for products and services that are offered to farmers, since the customer usually does not have a high spending capacity, and the cost needs to be subsidised just like the cost of digital payments is subsidised through zero MDR and more incentives.

Agriculture has been the backbone of the Indian economy for decades. One of the major reasons for the economy falling behind has been an ailing agriculture sector. The unnecessary government intervention and incentivisation to middlemen and facilitating players such as fertiliser companies, agents, suppliers and distributors have impacted the agritech sector grossly. In fact, many of the traditional funds have hardly shown any interest in agritech startups.

As a result, there has been a long-pending demand to create a fund dedicated to agriculture as well as for agritech startups.

Om Routray, VP, SourceTrace believes the government can have a significant impact on Indian agriculture by setting up a dedicated fund to improve the farming climate and make it future-ready. “The current rate of adoption of digital and futuristic technologies is too low and we believe the second green revolution will be a digital one. The fund will enable scaling up projects that have proven to be working, adopt newer technologies for trials and set up a data/digital infrastructure that can be utilised by the technology sector to scale up faster,” he told Inc42.

The other demands raised by the founders and agritech stakeholders include:

Over 50% of India’s population has been associated with farming or farming-related work culture. Yet, there has not been any systematic effort to address industry concerns. Even the agritech startups particularly farm-to-fork supply chain startups are adversely affected due to the government’s incentivisation to middlemen and MSP policies. This does not allow startups the freedom or visibility to come up with a long term strategy.

According to various reports, unemployment has been a major issue behind farmers committing suicide. As is typical in agriculture, farmers rely on seasonal income and are usually occupied only for a few months during the entire year. Therefore, the Union Budget 2020 needs to focus on two aspects — farmers and labourers in farms need to be provided employment round the year and agricultural market needs to be made more competitive.

In 2020, agritech startups are certain that now is the time to end the system which favours a particular segment and break the monopoly of middlemen in the system.