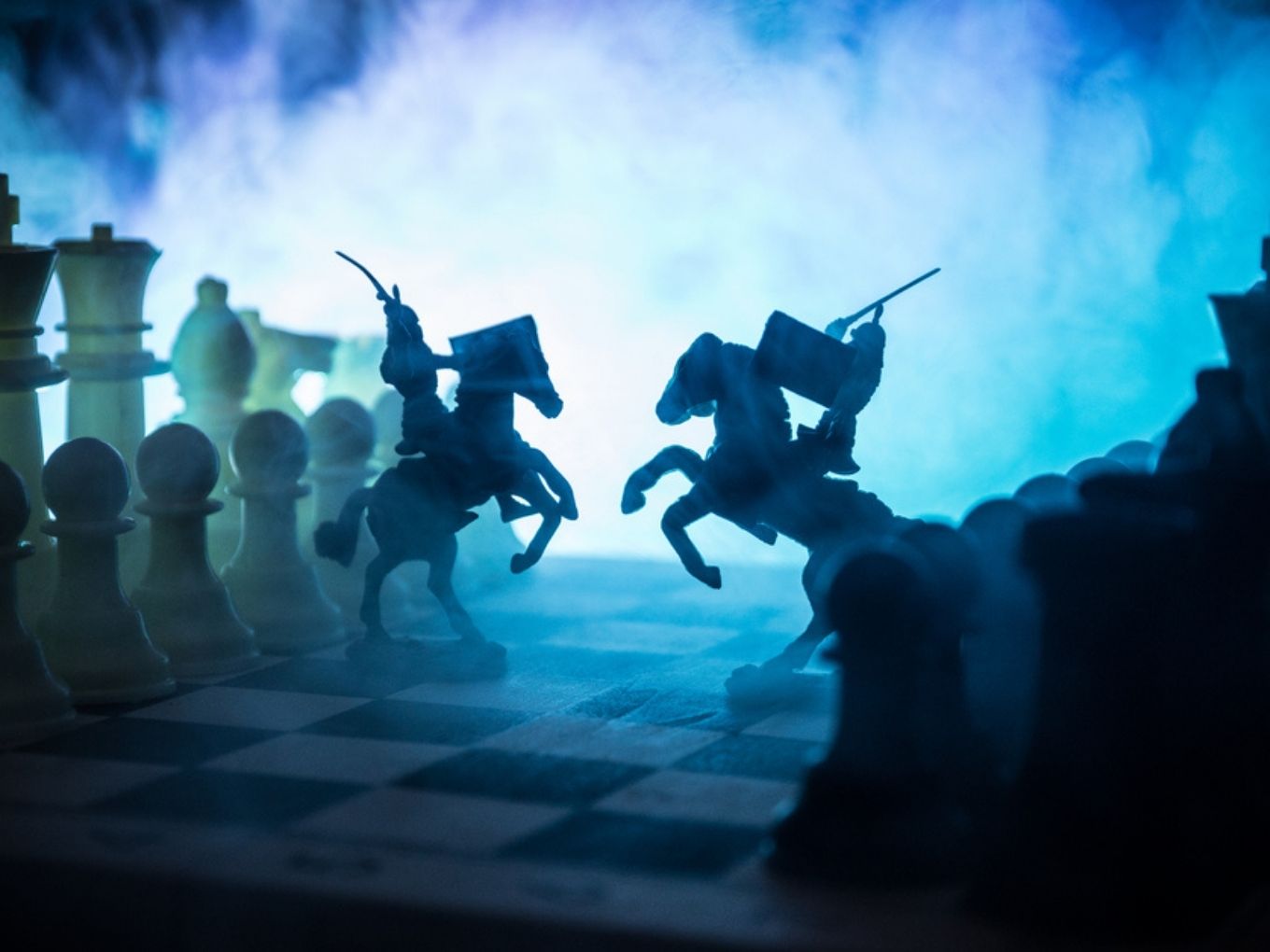 There’s a lot more at stake than the INR 24,713 Cr Reliance has committed to acquire Kishore Biyani’s Future Group even as Amazon looks to block the deal

While both Amazon and Reliance are focussed on digital commerce, Future’s retail presence would offer a major leg up to both companies in the next phase of ecommerce

We see these fights everywhere.

Two people want the same thing and neither is willing to let go without a fight — it happens everyday over food or some petty cash or even land, but as one rises above these petty individual disputes, the stakes get considerably higher and impacts more than just one person. While most prizefights don’t play out under the public limelight, when it’s two mega billionaires squaring off over a business, it’s clearly going to garner some attention.

The world’s richest man Jeff Bezos, the founder of tech giant Amazon, is approaching courts to stop an acquisition deal between two Indian companies — Reliance Retail and Future Group — that would change the ecommerce game altogether in India.

On August 30, Reliance Retail announced that it had acquired the retail, wholesale, logistics, and warehousing businesses of the Future Group for INR 24, 713 Cr. The debt-ridden Future Group has sought this deal to save the livelihoods of over 50K employees and survive the pandemic-induced recession.

But the deal did not sit well with Bezos and Amazon India, which had acquired a 49% stake in the Kishore Biyani-owned Future Coupons for around INR 1,500 Cr last year. Future Coupons is the promoter-entity of India’s second-largest retail chain Future Retail and owns a 7.3% stake in the company. Amazon also managed to acquire around a 3.58% stake in Future Group.

Now, with Reliance Retail moving to acquire Future Group, Amazon moved the Singapore International Arbitration Centre (SIAC), which rules on certain international trade disputes,  claiming that Future violated a deal between itself and Amazon when it entered into an agreement with Reliance. The SIAC ruled in Amazon’s favour and ordered to put Reliance-Future deal on hold.

However, India and Asia’s richest man Mukesh Ambani later released a statement saying that the deal is valid under Indian law and Reliance would move forward to close the transaction without any delay. Media reports have now indicated that Amazon is considering filing a case with an Indian high court if Future Group declines to follow the SIAC’s arbitration order and proceed with the deal with Reliance Retail.

It’s not surprising that Amazon has had to dust off the boxing gloves in the rivalry with Reliance, which only intensified with the launch of Jio Mart earlier this year. The ecommerce giant has invested over $6 Bn to build the ecommerce infrastructure in India, that not only is used by Amazon but other players too. It announced an infusion of additional $1 Bn earlier this year to go with its $5Bn commitment made in 2018. In its July to September quarter earnings call, Amazon announced the expansion of its operations network with 10 new fulfillment centres, 5 new sortation centers, nearly 200 delivery stations, and over 100,000 seasonal jobs to help meet customer demand during the festive season.

But why is a chain of traditional brick and mortar stores so important for companies looking to build the future of ecommerce?

On the other hand, Reliance Retail has 10,901 stores covering 24.5 Mn sq ft in over 6,700 cities. It claims to serve over 5 Mn customers every week, through its brand outlets like Reliance Fresh, Reliance Smart, JioMart, Reliance Digital, AJIO, and Trends Footwear among others — in July this year, Reliance Retail reportedly acquired 15% of Zivame to get a leg into the women’s lingerie market as well.

Reliance Retail has been expanding its retail empire on the basis of recent investments from prolific investors like General Atlantic, Silver Lake Partners, and KKR. Its inventory-led model in ecommerce means that it needs to have a large physical presence in the retail market and the Future acquisition would double its capacity in an instant.

For Amazon India, which is currently an online marketplace, the bet is to capture the consumer base, the majority of India’s massive middle class population, that hops Future-owned malls and high-street properties every month, parting away with a substantial chunk of their discretionary spending at these retail outlets.

Indeed, Amazon India had eyes on this base for a long time —  much before Reliance crashed the party. It had announced that it had entered into long-term business agreements with Future Group for expanding the reach of the Kishore Biyani run company’s retail stores and consumer brands through its online marketplace.

Arvind Singhal, chairman of retail consultancy firm, Tehnopak explains this as FOMO or the fear of missing out on the part of Amazon India. “Amazon is not strong in offline retail, but that’s because there are a lot of restrictions and conditions for multi-brand retail FDI in India.  But in future, as the Indian market matures and the government eases the current restrictions, there would be a huge benefit to a company that owns the infrastructure created by Future Group.”

In the case of Reliance, Singhal added, “The group wants to ensure that there’s no competition in the offline market, even as the group looks to expand its reach in the online retail world.”

Singhal pointed towards Amazon’s offline strategy in the US where it acquired Whole Foods, a natural and organic foods retail giant based in the US, with more than 460 stores in the United States, Canada, and the UK.

K Vaitheeswaran, founder of Again Drinks and known to be India’s ecommerce pioneer, explains the game of ecommerce players in more detail. To  achieve ecommerce success, these mega companies need to ensure a good product selection, pricing and availability.  While both Amazon and Reliance have networks across India, the key to gain dominance in the market is to reach deeper into most Indian cities and towns. The fastest way to do this is to acquire a retail chain like Future Group which already has a presence in most Indian cities and towns.

“It means focussing on a large selection of products available at lower prices and always ready for delivery. More importantly, the faster a company delivers, the better it is,” said Vaitheeswaran who had founded FabMart in the late 1990s.

As compared to an offline retailer, the major differentiating factor about ecommerce is that an ecommerce company has to bear the cost of product delivery to ensure that  the end cost of product(s) doesn’t increase for the customer. It is also one of the reasons why most vertical ecommerce players don’t make money and are increasingly looking to establish an omnichannel presence to build the brand recall.

Amazon, of course, does not suffer these issues. It has literally built the ecommerce tech stack in many countries and its current focus in mature markets is more on the next-gen tech side. Unfortunately for it, in India, the market is yet to reach even close to that maturity.

While in the US, Amazon can bring down the cost of delivery by opening self-checkout stores like Amazon Go or drone deliveries, Indian market is not mature enough for that kind of innovation. So it has to target acquisitions in India to replace the vertical integration that gives it an advantage in the US.  The Future Group comes with a vast network of retail stores spread across categories like FMCG, fashion, retail and home products.

Similarly for Jio, the easiest way to ensure fast and low cost delivery across India is to have the local presence to store its inventory. While Reliance Retail does own a large network of its own stores, Future Group will help the conglomerate in doubling its store capacity.

“Traditionally, India is a digitally shy market, wherein however much the internet penetration might rise, there is going to be a strong demand for physical stores.  For a company to really tap into the market value of India, they have to have a physical store,” said Ashray Gupta, business consultant at BCG, who spoke to us in his personal capacity.

So ecommerce players in India have to invest in wholesale stores and retail chains like the Future Group — which is exactly why Future Group deals are crucial for both Amazon and Reliance.

The Game Of Kiranas And High-Street Retail

This is seen in Alibaba’s new retail strategy, which merges the offline and online shopping experience of mom-and-pop stores, also stemmed from the realisation that the future of retail will not be a question of online versus offline, but a deep integration of the two experiences. Similarly, in the UK, supermarket chains like Tesco have been very actively investing towards its online sales channel.

In the Indian context, Reliance initially planned to achieve this online-offline integration by bringing together 350 Mn customer footfalls at Reliance Retail stores, 340 Mn Jio connectivity customers and 30 Mn small merchants or kirana stores all over India. On the face of it, this sounds like a great strategy given that India has a huge network of kirana stores. But with such a high volume, there is also an underlying challenge of standardisation in customer experience.

Even D2C brands which depend on unorganised stores to fulfill their deliveries have faced a similar challenge of unpredictability in service delivery. For instance, interior design platform Homelane founder Srikant Iyer noted that in a franchisee model, it is tough to ensure that the carpenter or installation team from a distant centre will show up on time, and attend customer calls on time, while also keeping safety and quality in mind.

While organising kirana stores across the country is clearly a tough nut to crack, operating through an established retail store network like Future Group is a comparatively easier task. Which is why neither Reliance nor Amazon is ready to let go of their deal with Future Group.

Amazon Vs Reliance: Will ‘Future’ Winner Take It All?

“Besides the attempt to strengthen their businesses, this tussle between Reliance and Amazon is also about not letting the competitor grow and gain dominance in the field that both of them are trying to grow,” noted professor Davinder Singh, assistant dean at the School of Management at BML Munjal University.

Even though Amazon has existed in the India market for quite some time now, it does not have the brand recognition and trust that Reliance enjoys in the country, especially among the less affluent classes. Amazon has a presence in the Tier 1 and metro cities, and it is definitely a major player, but not yet a behemoth like Reliance or even the Tata Group in India. If Reliance and Future Group deal fructifies, the newly launched Jio Mart ecommerce play would gain a massive advantage in terms of potential for scale and ease of distribution.

Combining the vast network of Future Retail with Reliance Retail stores and brand presence, could prove to be a big blow for Amazon. The Jeff Bezos-led company is already facing stiff competition from Walmart-owned Flipkart in India along with battling the country’s FDI norms and it’s not exactly generating a profit in India. While Amazon may possibly have the deepest pockets in the world to actually fight this long war in India, can it take on India’s most powerful businessman, who is known for having a strong clout among  policy makers?

With inputs from Neeraj Thakur