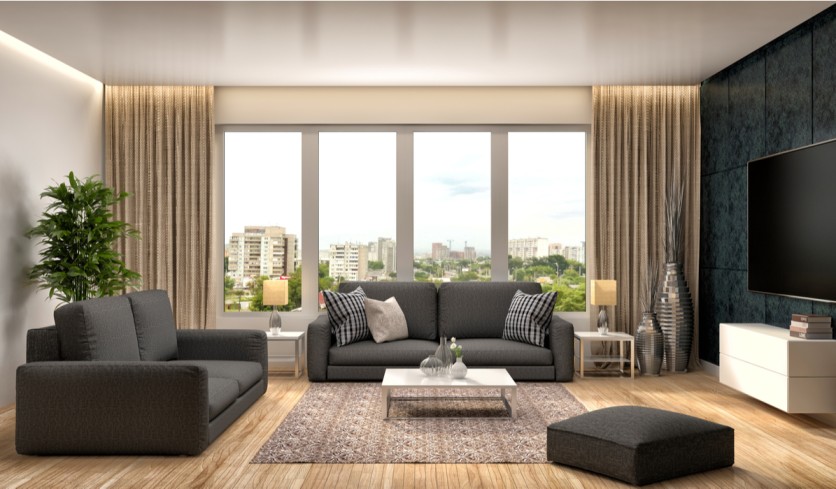 With an average ticket size of between INR 6 Lakh to IN 8 Lakh, the company expects to touch INR 500 Cr in revenue

Aren’t you tempted to enter the world of Sims and create a virtual home? AR, VR and 3D technology are supposed to revolutionise retail in the future in the Indian market, but HomeLane is already using this approach to a great extent to change how Indians design homes. The home interiors startup lets customers visualise a real-time 3D version of their home with the interiors and furniture they want, much like an online game.

Competing with the likes of Livspace and Design Cafe, HomeLane is banking heavily on technology to help customers make the buying decision. And it’s using a hybrid approach for home design by blending online discovery with offline purchases.

According to the HomeLane cofounder Srikanth Iyer, all HomeLane customers discover the brand online and experience the 3D home design platform, but the final sale happens at the experience centres run by HomeLane franchisees.

In addition to creating 3D renditions of a space, HomeLane’s virtual design platform SpaceCraft also offers a real-time pricing engine which helps customers keep track of their potential spending, and it also offers the option of interacting with a professional interior designer. But it’s not all cold hard tech. Consumers visit the experience centre to get a touch and feel of the furniture and home decor items.

Founded by Iyer and Rama Harinath in 2014, the startup is currently present in seven metro cities including Bengaluru, Chennai, Hyderabad, Mumbai, NCR, Kolkata and Pune. It plans to expand into a few more metro cities in the coming years. These expansions will be executed in parallel with the launch of experience centres, which is a crucial component in a high ticket size business such as HomeLane.

Like Livspace, HomeLane offers its products to a more affluent set of customers with the average ticket size said to be around INR 6 Lakh to IN 8 Lakh. “In such high ticket purchases, customers prefer being able to see the product quality instead of just a virtual image,” Iyer told Inc42.

As India increasingly become an urban jungle of houses and workspaces, the growth of interior design or home decor market seems to be a natural progression. Indian construction industry is estimated to grow at an average of 6.4% between 2018 and 2023, according to GlobalData.

This in turn also increases the demand for home decor solutions in India, giving rise to a number of business models targeting home decor market including furniture rentals such as RentoMojo, Furlenco; end-to-end interior design and delivery like HomeLane and Livspace, and furniture retail such as Pepperfry, UrbanLadder etc. The market for home interiors and renovation in India today is estimated to be between $20 Bn- $30 Bn.

Sequoia-backed HomeLane currently has 15 operational franchisee experience centres which run on a revenue share model. Franchisee partners are said to earn 10% on each order sourced through their facility. In addition to providing real estate for the store, the partners are also responsible for last-mile delivery, and installation and setup.

While HomeLane furniture products are manufactured by the company itself with hundreds of designers on board, ancillary products such as wallpapers, home decor items are sourced from partner stores such as Urban Ladder, Elica, Hettich and others.

Boutique design platforms such as HomeLane, Livspace and Design Cafe don’t have a huge addressable market base. So differentiation is key — and if the 3D design technology is not enough to bring customers in HomeLane retains them with delivery time guarantees. “HomeLane offers a 45-day guaranteed delivery or we pay rent to the customer. With this, we bring predictability to the market which is largely unpredictable with instances such as costs going higher than the initial quote and end-product not matching the customer brief, among others,” Iyer said.

Iyer said he realised very early on that in order to bring predictability in this market, one needs to limit the product catalogue. HomeLane is said to have just 10% of the design options that competitors Livspace or Design Cafe offer, but it’s able to deliver these faster. On-time delivery is HomeLane’s first priority and every other part of the business has been moulded to support that.

Further, with a limited catalogue and colour choices, HomeLane says its able to offer greater satisfaction to the customer by asking engaging questions rather than drown them in design ideas. HomeLane’s customer journey involves questions such as whether the property will be used to bring in rent or for personal use, whether the house is being renovated or if it’s a new property. It also asks them to choose a look from among 10 options based on the budget. This helps the startup get a better idea of the customer, their choices.

The Challenge Of Scaling Up

HomeLane is expected to record a revenue of INR 500 Cr this year (considering the number of new orders). It had closed FY 2018-19 with an ARR of 400% higher than last year. The base price of HomeLane services is INR 1.5 Lakh and is said to have completed more than 5.5K homes till now.

Currently, HomeLane has a team of over 750 designers on its platform. Iyer said that they go through a long vetting process and the acceptance rate is only about 5 to 7%. It’s not just about design, but also the ability to adjust to the software tools that HomeLane uses. The selected candidates then have to undergo a two-week full hands-on training followed by an apprenticeship period of two-three weeks where they shadow a senior designer.

This long process results in a longer scale-up timeline for startups. Then there’s the fact that the addressable market is also rather small.

Talking about other challenges in the sector, Iyer noted the sector’s dependability on blue collar workforce for installation of the final designs at home. According to him, this aspect of the interior design business space is hard to scale up because it is tough to ensure that the carpenter or installation team will show up on time, wear the right HomeLane uniform, and attend customer calls on time, while also keeping safety and quality in mind.