11 Indian Startups Who Are Successful The Bootstrapped Way

11 Indian Startups Who Are Successful The Bootstrapped Way 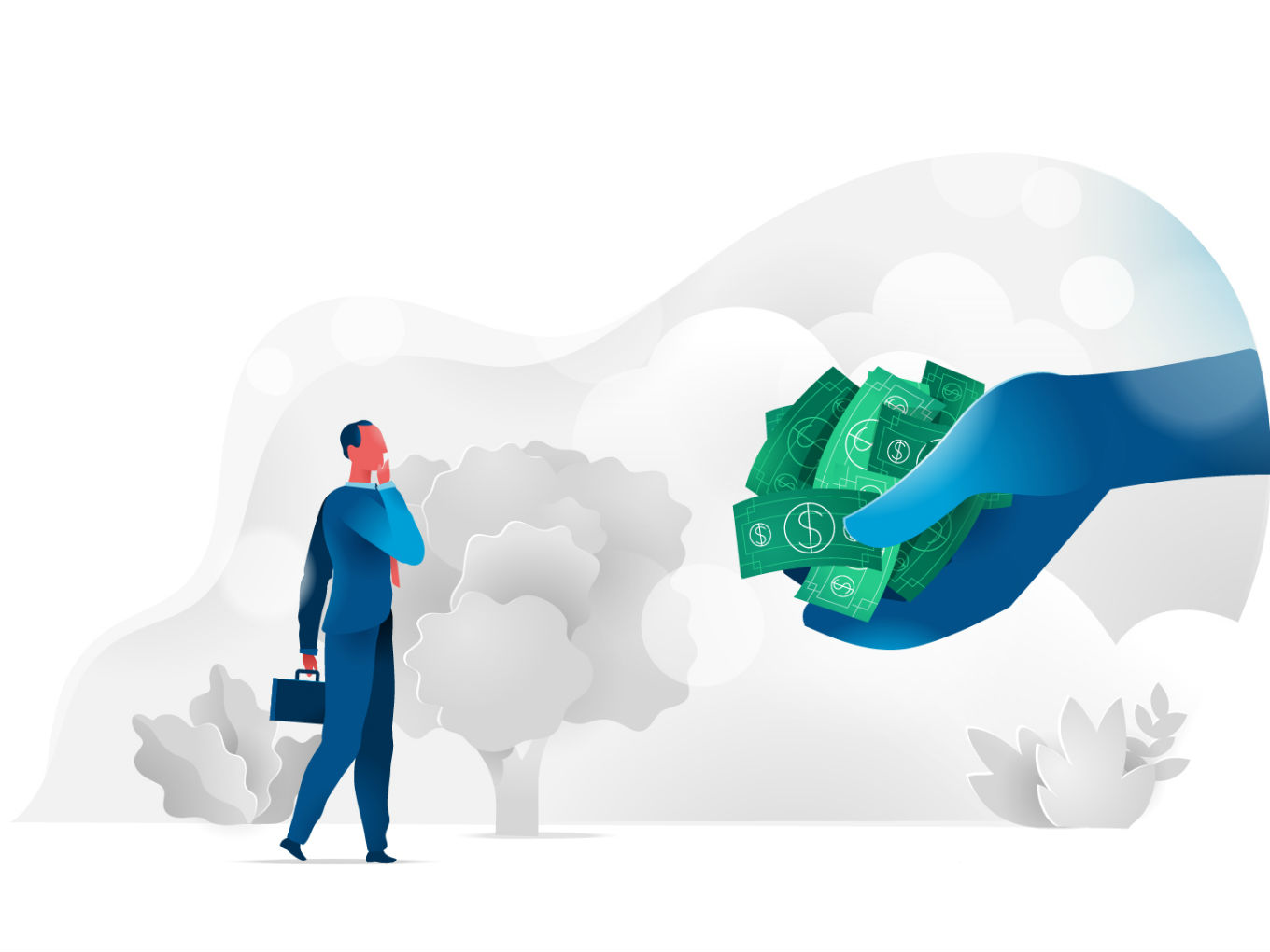 Unlike the first generation entrepreneurs, today, the Indian startups may not feel the lack of sources of finance

Bootstrapping gives the founders the freedom to put forth their own choices, even in bad times

We have examples of companies like Wingify, FusionCharts, Zerodha, Appointy, and more

“Go outside your home and see the coconut vendor or the chai waala (tea seller). They are bootstrapped. So, if you don’t overthink it, you realise that the chai waala is in business, maybe I can be in business too without outside money.”

Zoho founder Sridhar Vembu said this while speaking to Inc42 and this is important because Vembu knows what it takes to raise an Indian unicorn without VC money. A bootstrapped unicorn based out of Chennai, Zoho employs more than 7K people, it is profitable and generates hundreds of millions of dollars in annual revenue — its revenue for FY17 was recorded as INR 1,982.44 Cr.

Unlike the first generation entrepreneurs, today, the Indian startups may not feel the lack of sources of finance — VCs, angel investors, government funds and even debt funds, banks, and NBFCs are also at their disposal.

But times are changing and new age startups are looking to play this the old school way. Startups have realised that — “equity money is not free money”. While, today, still a large number of startups remain dependent on external funding for survival and growth, there are set examples of founders who still believe in maintaining a complete stake in the company and grow organically for survival, and thus they go the bootstrapped way.

Bootstrapping gives the founders the freedom to put forth their own choices, even in bad times; to fall, learn from the mistakes and rise again taking their own time; and to expand their venture ahead on their own terms and timeline. We have examples of companies like Wingify, FusionCharts, Zerodha, Appointy, and RecruiterBox (acquired by private equity firm Turn/River Capital in March 2018 after remaining bootstrapped for seven years), who have gone the bootstrap way and achieved great heights.

“Bootstrapping is a way to do something about the problems you have without letting someone else give you permission to do them.”

With this in mind, we reached out to a few companies who are bootstrapping their way to success in the Indian startup ecosystem and here is what they are upto!

GrabOn hopes to establish itself as an irreplaceable shopping companion for every Indian shopper in the next five years. The company is currently operating in multiple verticals including deals and coupons (GrabOn), price comparison (BestPriceOn) and gift cards.

As claimed by the company, it became profitable within 15 months of its launch. It currently boasts of 4000+ brand associations and 60+ strategic alliances and claims to surge ahead of its competition, beating them by an average of 35% in terms of monthly visitors.

It is now tapping the growth opportunities in Tier 2 and Tier 3 cities and targets to win over 40% of the gift cards space by 2020.

Gxpress aims to provide customised service solutions for international logistics and ecommerce sellers in India. On one hand it, enables businesses in selling products on online platforms such as Amazon and eBay, on the other, it allows Indian exporters, wholesalers, and manufacturers to sell their products globally via its logistics network.

The company achieved a revenue of INR 7 Cr in the first financial year and looks to double its revenue to INR 15 Cr by end of FY18. The company also has plans to expand its services further in India and internationally to locations like China, UK, USA, Dubai, Germany, Australia and the USA.

The company also plans to target manufacturers and artisans, whose business volumes will grow in the future.

InterviewBit offers a platform for free interview preparation. It gathers data about the users’ coding skills, their previous projects, and other technical attributes from sites like Stack Overflow and GitHub. This data is used to match the best candidates to a given job.

Post that, they behave like a tech-assisted recruitment agency. The self-funded startup also sources pre-screened technical talent for coveted employers such as Facebook, Amazon, Uber and Google. In 2018, the company partnered with 500+ tech employers in India to help them find the best tech talent and also helped drive the entire campus hiring for companies like Uber, Toppr, Saavn, and Credit Suisse. The four key products of the company include — InterviewBit Hire, Campus Hiring,  Assessments and Code Collab.

Going forward, the startup aims to train and support placement of at least 25,000 students graduating in 2019 with a package of about INR 10 Lakhs Per Annum.

Mudraka was initially started as a marketplace for outdoor advertising, display and signage products with vendors across India.

However, in order to address issues concerning quality control, consistency, service levels, packaging, etc, the founders had to internalise a number of processes. They then shifted from the marketplace model to the inventory model.

Scaling impressively year-on-year, clocking in 7X revenue in FY18 as compared to the previous financial year, Mudraka aims to grow its partner base besides generating ten times more indirect employment by 2021.

It counts brands like Google, Zoomcar, Muthoot, 1mg, Apollo Tyres, and Modi Pharma as well as FICCI among others as its clients. The founders aim to resolve some of the issues such as opaque pricing, and non-standardised products in this so far unorganised industry.

For QuackQuack founder Ravi Mittal, the idea was simple. To solve the ‘dating’ problem of the singles. As he said in an earlier interaction with Inc42, “We aim to solve the problem for singles, help them find a date, make money in the process, and grow. It was never about raising funds or creating valuation.”

In 2019, the company plans to double its per day user count to 9,000. The startup is in the midst of launching an independent app focused on live one-to-one stranger video chat which is stealth mode right now. Going forward, the bootstrapped startup also has plans launching the app in 10 international languages.

It enables businesses to send review invitations to customers via email and SMS; ask for reviews manually; schedule them or auto-trigger at the time of check-out; manage Google, Facebook and NPS reviews across all locations from a single dashboard; monitor reviews, get notified and respond to them.

Going ahead, the bootstrapped startup is looking to enter the U.S. SMB market and hit an ARR of $200K by Dec 2019.

SocialPilot is solving the problem of managing multiple social media profiles efficiently. It provides seamless management of publishing, analytics and conversations for all social channels at one place.

In 2018, SocialPilot’s MRR (monthly recurring revenue) grew by 90% while the customer base grew by 22% in comparison to previous year. From a team perspective, it grew from 16 members to 30 members distributed across the US and India. It also launched a few capabilities to enhance collaboration between teams and manage publishing, engagement, and analytics for major social networks.

As of January 2019, 80% of its customers are Small/Medium Agencies with team size of 2-20 and SMBs based in the US and EU, 15% are based in APAC and 5% of are based in India. Overall, it has a base of 100K users and is growing at 5%-7% month on a month organically. Going ahead, it aims to grow at least 100% YoY while staying profitable and lean.

As of now, the bootstrapped platform process over 100 Mn retail data points a month across different verticals.

In 2018, the startup also made it to the second cohort of the SaaS accelerator, Uppekha, which helped it increase its ARR by 4X, ARPU by 67% and revenue churn of -16%.

The startup is soon going to available on Shopify and has signed a technology partnership with an enterprise ecommerce platform. It has also applied for a patent for one of its products which is currently in private beta.

Thinkpot is a design merchandising company catering especially to motivational products for SMEs and startup offices that were on the lookout for affordable artwork.

In order to maintain variety and freshness of thoughts, the company work with freelancers from different regions, for not more than 20 designs with each. In 2018, it adopted a quick fashion strategy, wherein they launched 5-10 new products every 2 months and once sold out, its off the market.

Currently, the company has a network of more than 100 retailers across the country. It also partners with retailers who wanted to sell their products through offline channels. This includes retail chains like Crosswords and Landmark and numerous stationery stores, merchandise stores, gifts stores, and boutique stores. Cofounder Sumit Ranka told  Inc42, that soon the products will also be available for international markets through its website.

Tradohub aims to solve raw material procurement issues for the SMEs. It operates as an online distributor and supplies all kinds of raw materials to food and agro, polymer, pharmaceutical, and chemical companies.

It claims to have a network of more than 10k registered SMEs and over 2,500 suppliers in more than 125 countries globally. In 2018, Tradohub grew to INR 275 Cr in revenue and actual customer base expanded to more than 1,000 SMEs across 8 major states in India. 65% of  its buyers were regular customer in 2018 and its average order size has been increased to more than INR 20 lakhs.

Recently, it also acquired Infinium India Limited from Infibeam Avenues Limited. “Due to these facts, Tradohub has grown 300% while being bootstrapped,” claimed Akash Domadiya, cofounder of TradoHub.

Continuing to be bootstrapped in 2019, Tradohub is aiming to achieve a top line of more than INR 600 Cr and acquire similar B2B companies, thereby targeting an additional INR 400 Cr in revenues. It further plans to expand procurement to 35-40% (from current 15-17%) of international materials to achieve higher margins across sectors.

There are plans to expand customers reach in Karnataka, Tamil Nadu, Telangana, West Bengal. It further aims to reach out to pharma, metals, food and agro sectors and target 15-20% revenues from these states.

In the startup world, how to start a business is one among the many dilemmas, but to decide to scale it further without any external fundraising is certainly the toughest decisions. The success stories of these bootstrapped startups have the potential to change the market sentiment altogether, particularly in a country like India, which is currently the third largest startup nation globally with over 49K startups launched to date.

Being the apple of investor’s eyes, today India is the most opportunistic market for global online businesses in all segments be it retail, logistics, healthcare, fitness or food. But at the same time, with growing digital infrastructure and increased support from the government, starting a business is no more a ‘jugaad’ for the local entrepreneurs. For now, we may have a few to count, but the economy certainly needs more startups to bootstrap.