Bootstrapped To Profitable – How ThinkPot Is Instilling Motivation At Workspaces

Bootstrapped To Profitable – How ThinkPot Is Instilling Motivation At Workspaces 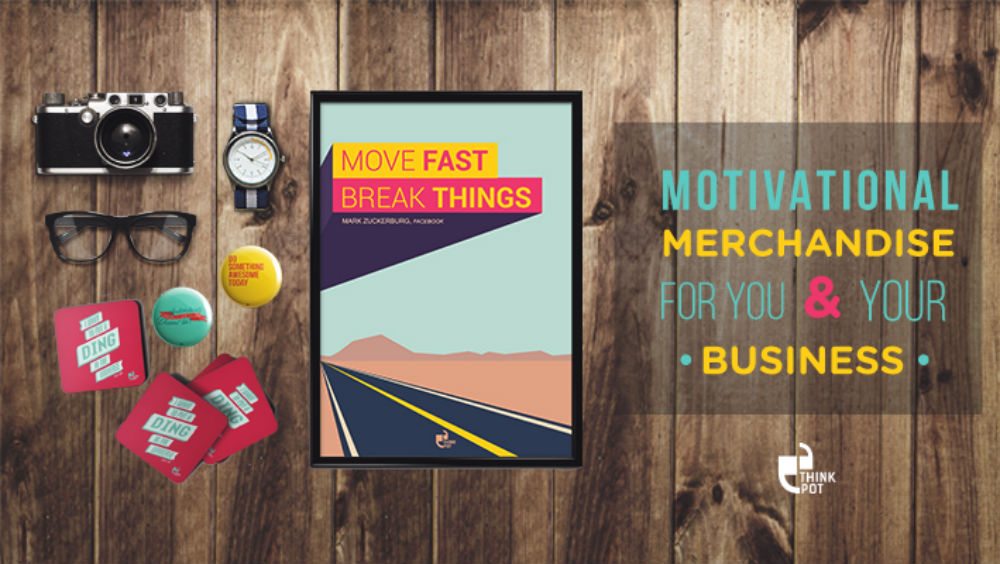 So, they went around scouting for images, products, and artwork to adorn the empty walls of their offices but did not find anything great in design. Reaching out to Google for help, they downloaded the free images that best appealed to them, got them printed, got them framed locally, called a carpenter to put them up, and in 10 days they had turned around their dreary office walls to a mine of motivation! The duo realised that they had made their peace with not so brilliant designs and quality and there was a gap that existed – motivation in a good design at a great price and with the best of quality! Thus was born Thinkpot, a design merchandising company catering specially to motivational products for SMEs and startup offices that were on the lookout for affordable artwork. So, in August 2014, Thinkpot started out from Sumit’s dad’s office, peddling motivation in the form of posters, frames, mugs, and merchandise. As luck would have it, on the second day of their launch, the startup received an order from INR 30K from a company in Gurgaon, without even having to start their marketing activities. This made them believe that there is a market for motivation and happiness and they had just taken their first step towards making a positive impact. After that, there has been no looking back as Thinkpot slowly made its foray from ecommerce space to retail partners.

From Just Ecommerce To 50+ Retail Partners

After  launching in 2014 via ecommerce, Thinkpot slowly started partnering with retail partners, who wanted to sell their products through offline channels. Now that number has grown to more than 50 and includes retail chains like Crosswords (across eight cities) and Landmark (across six cities), and numerous stationery stores, merchandise stores, gifts stores, and boutique stores. 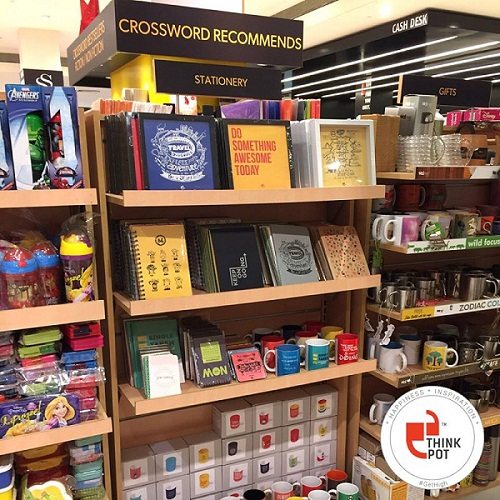 The startup now has a panel of six designers and one chief design officer to supervise all of them. Since a designer has only a fixed set of trends or styles he follows, Thinkpot does not on-board a designer for more than 20 designs in order to maintain variety, taste and freshness in the products. Hence, the designers are hired on a freelance basis for about 20 designs. Additionally, the designers are hired from different regions to provide an eclectic mix of thought. For instance, the startup has collaborated with designers from the UK, and Indian cities like Pondicherry, Delhi, Bangalore, Ahmedabad and Mumbai.

The startup’s production was initially completely outsourced. However, as it grew, it has started semi-manufacturing the products. Now the final assembling, packaging, labelling, and quality check happens at the warehouse in Mumbai in order to maintain a strict control over quality. Thinkpot has all the raw materials in place, and assembling happens only once an order is placed. Delivery and logistics is outsourced to third party partners like Delhivery and Fedex. As of now, the range consists of 1000 SKUs falling under five major categories, namely wall décor, stationery, accessories, apparel, and drink ware.

Given the fact that majority of the Indian population is in the 24-40 age group now, and about 70% of it will be in this age group in the next 10 years, Thinkpot sees them as an ideal target market for motivation and happiness related products. As this will be the population with increased stress, increased work pressure, they would require motivation the most. Hence the startup is seeing a lot of interest from clients who want to keep their workforce positively motivated.

Sumit cites an example of a national radio channel whose corporate PR guy called him to tell that he didn’t know who they were, but every one of his colleagues had individually bought office merchandise from Thinkpot! So he wanted Thinkpot to design something quirky for the entire office. That led to the startup adding another category of products under happiness, and design another range of positive messages to uplift one’s mood.

Thinkpot now processes 100 orders a day from all channels such as the website, marketplaces such as Flipkart, Amazon, Snapdeal, Paytm, and its band of 50+ retailers. In fact, the startup’s first month revenue was INR 50K, a figure which has increased. Going forward, it aims to process 200 orders a day and clock revenues to the tune of INR 20 Lakh a month in the next six months.

The startup has been completely bootstrapped with the founders ploughing INR 20 lakhs in seed capital. Given the fact that it was operationally profitable in the first two months itself, it is not looking to raise heavy funds. However, what it is looking for is how to gainfully sustain the business with the revenues it is making. More so, it operates with an eight member team, relying much on technology, such as cloud-based automated inventory management, to be effective and focused on productivity alone.

Adds Sumit, “When we first started out, people thought of us as a new merchandise company selling motivation products. And we had no clue how to be in retail. From our first retail customer in Australia to now, it has been a journey where we have learnt and analysed everything, from the kind of designs that work to quality that is required. For the first three months, we stuck to three retailers and 40 products. It took us six months to reach 10 retailers, another three months to hit 18 retailers and then just a month to reach 50 retailers. Now we know how to be in retail, how to approach a retailer.”

The Other Motivation Peddlers

Many startups have now come up in the merchandising sector with their quirky offerings and designs. One of them is Happily Unmarried, which offers quirky products  focusing more on the fun side. Then there is accessories brand Chumbak, which does pictorial stuff with illustrations and has now diversified the portfolio from refrigerator magnets to phone/laptop cases, coffee mugs, accessories, home décor, and recently apparel for men and women.

Then there are curated marketplaces like PosterGully, which enables artists, designers & anyone who can create original visual content to seamlessly contribute and merchandise unique designs. It sells a variety of products, such as phone cases, art prints, home décor, clothing etc. to consumers globally. There are many other such marketplaces like Cupik.com, Paintcollar, Bewakoof, and Freecultr, among others. Then there are the has beens like Delhi-based fan merchandise & customisation platform Bluegape.com, which shut down due to copyright issues in 2014.

However, Sumit contends that what differentiates them is that no startup is focusing on typography and that too restricted to motivation and happiness. Additionally, Thinkpot’s proposition is to sell unique designs at affordable prices. Adds Sumit,

We only wanted to stick to motivation as that is something we could not find. You could find quirky stuff but not motivational stuff for offices. Secondly, we made it a point to offer unique designs and right pricing. We have seen six to seven competitors come up in our two-year journey. But they tried to sell a product, not a design. We were trying to solve a problem, and not push a product to our clients.

He gives an example of a client in the hospitality industry who wanted something specific in motivation for his restaurant. So Thinkpot designed a poster with the message “stressed spelt backward is desserts”. Hence, going forward, the startup will also design industry specific products given the demand from healthcare and hospitality industries. He believes that there is still much more to be done in the motivation category itself given the demand for positive messages in workplaces.

As per a recent Morgan Stanley report, the Indian ecommerce market is estimated to be worth $119 Bn by 2020. With the increasing number of startups and SMEs, India’s burgeoning youth population, coupled with mounting stress in jobs, motivation and happiness seem like a growing need. There won’t be dearth of players who  will satisfy the growing demand for such products in office spaces and businesses.

With many artists coming online to sell their work through curated marketplaces, the competition gets tougher. Thinkpot’s real test will be in differentiating itself from the multitude of players known and unknown operating in the merchandising space on the basis of its quality and design, and establishing a brand name to stand out in the sea of such sellers.