When online scheduling software firm Appointy was involved in a business dispute in 2014, founder Nemesh Singh was staring in the face of its second bankruptcy. The incidence did not dishearten him much, because at the same time he was building a new 3,000 square feet office for his team, which had worked out of the old 200 square feet office for over a decade. He obviously could not demotivate the team, so work on the new office continued. Luckily for him, Appointy survived its second bankruptcy and so did the new office.

Bouncing back on its feet, this twice bankrupt, bootstrapped startup from the echelons of Bhopal, now serves over 100K customers in more than 110 countries with less than 1% of its customers hailing from India. And why so? Because it only focuses on customers who know the importance of scheduling. So, the criterion for choosing a market to enter is very simple – its traffic sense! Says Nemesh,

“So any country where people have good traffic sense will feel the need and use of scheduling. And that’s how we choose markets.”

No wonder, Appointy is now making possible $450 Mn+ of commerce every year for its clients. Nemesh and his team have come a long way from 2001 when they earned their first cheque for their product Extreme Call Manager. 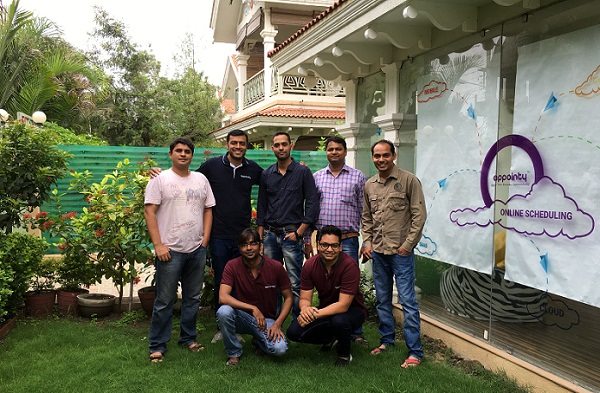 Nemesh has always maintained that he was an engineer by chance and not by choice. After his graduation as a Mechanical Engineer in 2001 from Oriental Institute of Science and Technology (OIST), he wasn’t able to secure a job on account of the 2000 bubble burst. So, for the next three years he stayed with his friends and worked as a freelancer, developing websites for customers.

The experience taught him that back then, Indian clients were mostly reluctant to pay. Dues for about 7-8 of his projects never materialised, which made him realise that this was not the market they wanted to be in. So, moving away from websites, he focused on building products. The first product the four member team built was Extreme Call Manager, something on the lines of CRM software Salesforce. However, selling it to Indian companies turned out to be quite a struggle for them. Says Nemesh,

“I easily visited about 100 companies pitching Extreme Call Manager but did not meet with success. My shoes were torn in the process. I remember during that time I was rejected by a client even before I could tell him about the product when he saw my torn shoes.” In the end, Nemesh was able to sell the product to only one client who paid INR 19K for the same. The team which includes Khushal Patel  (CTO & co-founder), Sarang Verma (COO & co-founder), Puneet Pathak (Founding Team Member) and Rajesh (Founding Team Member), was jubilant as they could easily subsist on that 19K for another couple of months! But it was at that point, they realised that they need to shift their market as well. So, the team started pitching for outsourced projects from US. The first project that came their way involved making templates. And to sweeten the deal, their client made the full payment in advance! Nemesh was ecstatic. “We realised that you didn’t have to go to US to get projects. So we started bidding for projects on websites. And we decided not to take upfront money from clients. Instead we asked them to pay us if they liked our work.”

Nemesh’s strategy paid off as more technical projects started coming their way. The team would deliver these projects at a cost and time much competitive compared to other developers. Many of their clients such as salons, spas, requested for a scheduling page. It was during this time that Nemesh and his team also started bundling a free appointment and activity scheduling plugin for their clients. The team created a plugin for WordPress with a generalised script which could also be changed and customised in 1-2 hours.

“When we created Appointy, we never focused on getting a market for it. We were solely focused on solving a problem. At that time, there was no scheduling plugin for WordPress. So we developed it.”

Similarly, they were the first team to develop a free plugin to add Facebook ‘Like’ support on a site, which became quite a hit and became an advertisement for Appointy in plugins.

Till 2011, the product was free and had some 19K downloads. The firm was earning revenues from its outsourced projects. But that went bust with the shutdown of its major paying customer in Poland. With no money, no plan B, the team was moving towards their first bankruptcy. Nemesh realised that it was time to stop everything, focus on Appointy and monetise it as a SaaS-based business. The bankruptcy forced them to finally start pricing their product with pro plans starting from $10 a month. In less than six months, the product earned them $10K. A failed meeting with Sequoia meant that the company could not rely on external funds to sustain itself, hence they kept on pushing themselves to acquire more and more customers, without a proper sales or marketing team! 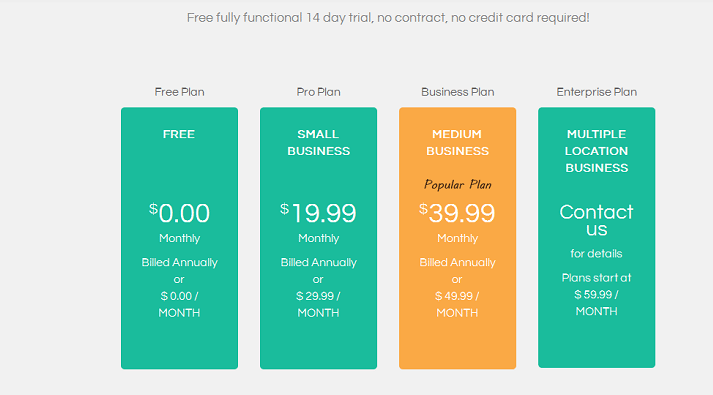 Getting recognised by NASSCOM in 2013 as one of the top 50 emerging companies and then being selected for the 2014 summer batch of Microsoft’s Accelerator programme in India enabled the company to resurge back from tough times. The company was literally signing 100 customers a day.

In 2014, it also opened a second office in Bangalore and started building a bigger office in Bhopal. Unfortunately, it was the same time when a business dispute led to its second bankruptcy. The company came out of it by the end of the year, brought its customers back, strengthened its core competency and finally moved into a 3000 square foot office. 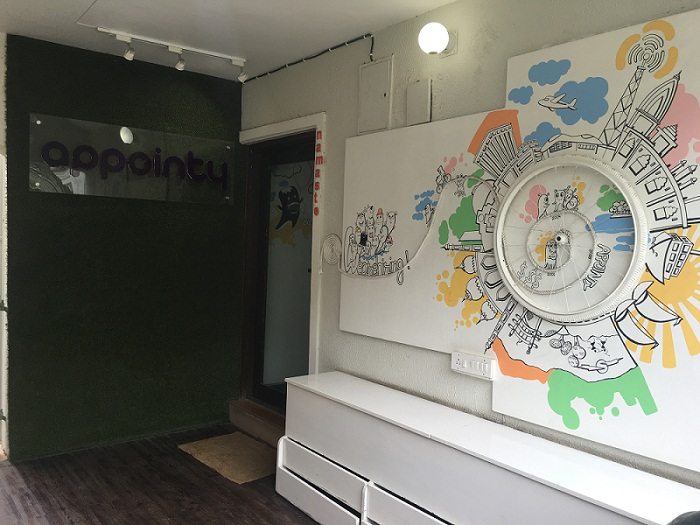 For Nemesh and the team it was a significant milestone, as, for the last 14 years, they had been working from that same 200 square feet office. And quite interestingly, they had always been profitable from day one.

Booking An Appointment Every Five Seconds

Today, Appointy serves more than 100K customers in over 110 countries without having spent a single dollar on marketing. Every 5 seconds, an appointment is booked through Appointy. Almost 20,000 appointments are booked through Appointy every day, with the ticket size varying anywhere between $65 to $100. This translates to over $450 Mn of commerce value every year. Additionally, 70-100 businesses register daily with Appointy. From the first paid customer in 2011 paying just $10 a month, Appointy now has more than 2,000 paying customers with plans starting at $30 and going up to $1000 a month.

There are many firms in the scheduling business such as its closest rival MindBodyOnline, Schedulicity, and Genbook. Appointy, however differentiates itself from others by focusing more on small businesses than enterprises. This strategy of focusing on customers in the $800-$2,000 bracket, going for smaller companies, has allowed it to capture more markets.

Says Nemesh, “80% of businesses are not able fill in their times. For them, time is money. We have build a business which manages their time better and reach more customers to grow faster.” 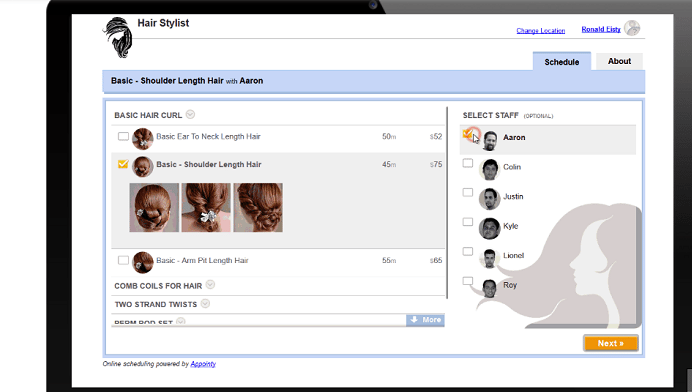 When it comes to the competition, Nemesh is not very worried as the market size for such products is huge. He believes that even if more companies enter the space, they will also be able to get some slice of the pie. As far as MindBodyOnline is concerned, Appointy scores on account of its lower price and the fact that it provides demos while MindBodyOnline doesn’t. However, it has a sales team to push sales faster, something which Appointy hasn’t invested in. Throughout its journey, it has only focused on targeting customers who know what is scheduling rather than create a market for it. Hence, its unique approach to enter these countries where people have a great traffic sense and thereby understand scheduling!

The team of 20 full time employees and 44 including interns is now Singapore-based, does sales from US, handles tech from India, and has its call centre support outsourced to Ukraine. In the past one year, Appointy has almost tripled its workforce, and is on track to quadruple office space within the next 3 months. Going forward, it will focus on providing more value to the customers from its product, allowing businesses to convert customers coming from every medium, be it web, social media or e-mails. In the pipeline are plans to use AI to further power its offerings. What first started as a ‘side project’ ironically is today one of the world’s largest scheduling companies! 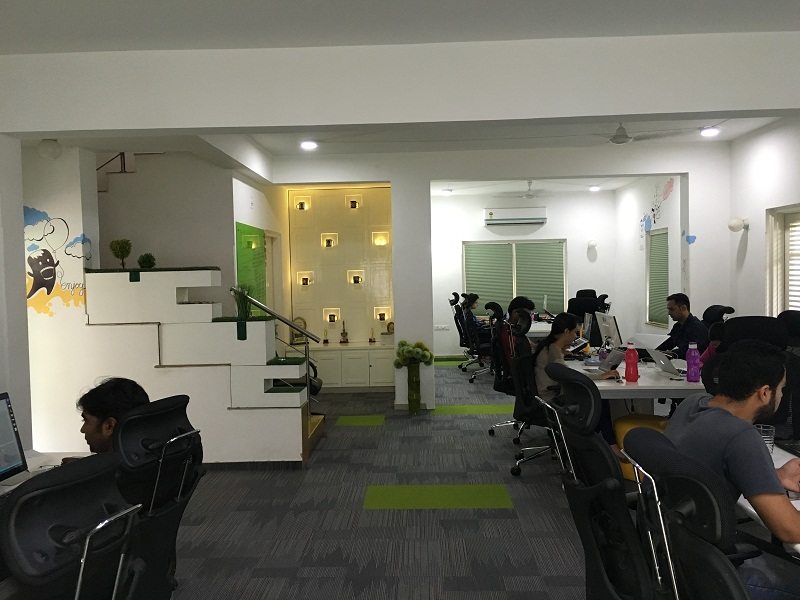 Nemesh notes that while the Indian startup ecosystem focuses more on how to raise funds, somewhere it lacks behind in teaching more practical stuff to upcoming startups. Building a company from the ashes of two bankruptcies, selling it to more than 100 countries without a sales team, and doing all this without any external support is indeed a commendable effort. This sets Appointy apart from the hordes of startups that chase VC money and then burn all that cash without duly focusing on solving a particular problem or developing a unique solution.

Appointy’s rags to riches story is a perfect example of the opportunity for SaaS-based startups in India to conquer global markets. Alternatively, it is also a reminder of how thick skinned startup founders need to be in order to keep their startups running in the face of the worst adversities, be it with torn shoes or none.