In the latest hearing for WhiteHat Jr’s defamation case against Pradeep Poonia, Poonia’s attorney accused the company of concealing documents critical to the defamation suit 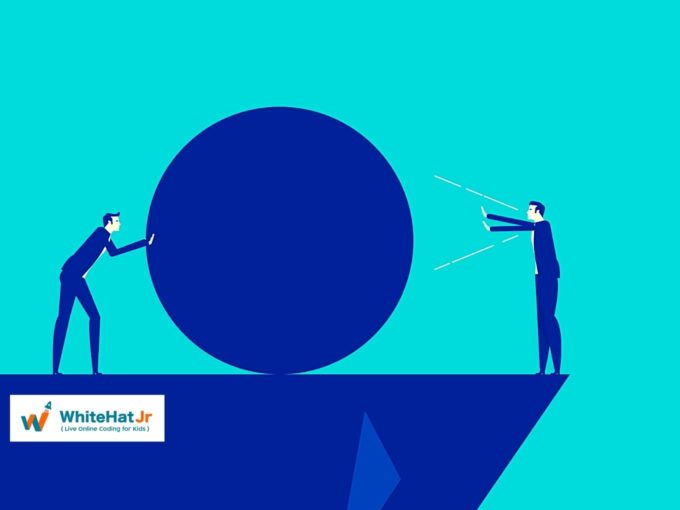 In the latest hearing for WhiteHat Jr’s defamation case against Pradeep Poonia, Poonia’s lawyer accused the company of concealing documents critical to the suit. However, the Delhi High Court bench, headed by Justice Jayant Nath, adjourned the hearing to April 09, 2021 after hearing arguments from both sides.

Advocate Swathi Sukumar appearing for Poonia raised concerns over the gag order issued by Delhi High Court in November 2020 and moved the court to vacate the order. She also argued that WhiteHat Jr has been systematically populating its app’s listing on Google Play Store with fake positive reviews in an effort to boost its credibility. Sukumar also mentioned that the edtech platform took down a bunch of “misleading” ads after the initial hearing was held in November.

In the previous hearing held on January 06, Poonia’s lawyer Sukumar had asked for the records of ‘Wolf Gupta’ and ‘Ryan Venkat’ ads from Facebook and Instagram, along with the takedown information from Twitter and YouTube. Poonia’s lawyer also sought a copy of takedown notices issued to Whitehat by the Advertising Standards Council of India (ASCI).

In Monday’s hearing, Sukumar additionally sought copies of complaints filed by parents with the Department of Consumer Affairs, which allegedly includes multiple complaints of overcharging parents for online courses. Sukumar argued that she would not be able to make adequate defence without a copy of the records mentioned above. She further alleged that the edtech platform conducts trial courses for aspiring students in the garb of a demo, but in fact, the real objective is to sell an “EMI product”.

“Without these documents submitted on court’s record, I can’t prove whether the company has deliberately misled consumers and parents. These are documents that the plaintiff already possesses,” Sukumar said.

Advocate Rajasekhar Rao appearing for Karan Bajaj, the chief executive officer and founder of WhiteHat Jr, however, opposed the request to submit all documents on record. The court also declined to allow submission of the documents until the hearing reached the cross evidence examination stage.

Responding to Inc42‘s queries, a spokesperson for WhiteHat Jr termed the allegations against it as false and frivolous.

“As a company when we have submitted to the court process, we have faith in it and would not want to either comment on subjudice issues or give credence to any false and frivolous allegations,” the WhiteHat Jr spokesperson said.

WhiteHat Jr’s Defamation Suits Against Critics May Linger On

WhiteHat Jr has been marred with controversies ever since its $300 Mn acquisition by edtech giant BYJU’S in mid-2020. It has been accused of publishing controversial ads to mislead and pry on parents by its critics. Apart from Poonia, prominent angel investor Dr. Aniruddha Malpani had also been an open critic of the WhiteHat Jr business model.


The edtech startup has filed two defamation lawsuits for $2.3 Mn against Poonia and $1.9 Mn against angel investor Dr. Malpani. In both cases, the coding startup has cited copyright infringement and trademark violations. Meanwhile, Poonia has also been accused of illegitimately accessing WhiteHat Jr’s internal communications and making them public.

In its interim verdict in November, the Delhi high court had restrained Poonia from downloading any curriculum from WhiteHat Jr and circulating it to third parties. The court also directed him to delete some of his posts/tweets, for which Poonia has sought partial removal of injunction on tweets. Besides this, he has been restrained from commenting on the number or quality of teachers of WhiteHat Jr and from commenting on their educational or other professional backgrounds.

Additionally, the same court also directed Malpani in the separate case to refrain from posting or publishing or sharing any content derogatory or deprecatory against edtech platform WhiteHat Jr or its content or management. He has also been asked to take down select tweets that were critical of the company and its model.

Inc42 had reported earlier that WhiteHat Jr’s lawsuits against Poonia and Malpani entail not just a case of a defamation suit, but also a trademark and copyright infringement suit, given that Poonia had used the pseudonym WhiteHat Sr on social media. Hence, future hearings could likely spill over beyond the arguments of defamation, making it a complicated case for all parties involved.

WhiteHat In The Midst Of Massive Reshuffle

Besides this legal battle, WhiteHat Jr is also in the process of shedding more than 1,800 employees as it looks to cut costs and focus on new growth verticals — B2B selling, math courses and more. For this, WhiteHat Jr is closely working with BYJU’S to leverage the edtech giant’s capabilities in these models.

However, WhiteHat CEO Bajaj refuted the claim about employees being laid off, and said, “There are zero layoffs categorically.” He added that there’s a misunderstanding on the motive behind the reshuffle among some employees, because of the large scale of some of these changes.