Indian crypto players are hoping that the government would provide clarity on certain subjects such as taxation on crypto gains, in this year’s Union Budget

Law firm Khaitan and Co has suggested that changes should be made to the Foreign Exchange Management Act, 1999, to help the crypto sector

It has also been recommended that Indian crypto exchanges should be regulated by SEBI and considered at par with other stock exchanges, to gain the confidence of investors 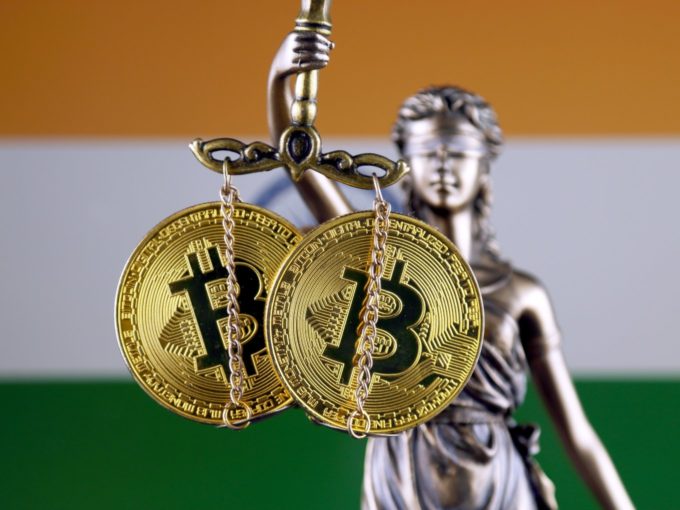 In his budget speech in 2018, India’s then finance minister Arun Jaitely had stated that the government didn’t consider cryptocurrencies as legal tender, and would take all steps to eliminate their use. That same year, the Reserve Bank of India (RBI) barred all banks from providing services to crypto companies, effectively putting the scope for innovation in the sector in a deep freeze.

The next two years saw some Indian crypto exchanges scale down their operations and lay off huge chunks of their workforce. Others, such as Koinex shut down altogether, with the company’s founders citing the lack of formal banking channels as the reason for the closure.

Things began looking up last year when in March, the Supreme Court quashed RBI’s banking ban on crypto companies. The ruling worked as a lease of life for Indian crypto exchanges, which soon witnessed an uptick in user signups and trading volumes. The growth of these homegrown exchanges also beckoned foreign investors such as Coinbase and Draper Associates to tap into the demand for crypto in the country. The Bitcoin price rally has only helped matters along.

The Question Of Crypto Gains

With the 2021 budget session a few weeks away, Indian crypto exchanges have once again pinned their hopes around regulatory clarity for cryptocurrencies in India. Other stakeholders are less optimistic but are still hoping for some resolution around subjects such as taxation on crypto gains.

Indian law firm Khaitan and Company and CREBACO Global, a credit rating and audit firm for the cryptocurrency and blockchain industry, will be sending a representation to relevant ministries of the government later this month, urging them to bring in regulations for crypto and blockchain in the country.

One of the central points in the representation will be about suggesting an amendment to the Foreign Exchange Management Act, 1999 (FEMA), to authorise crypto exchanges to deal in foreign exchange. More on than later.

Rashmi Deshpande, a partner at Khaitan and Co, elaborated on some of the other recommendations to be made by her firm for the regulation of cryptocurrencies.

“From a securities law standpoint, we have suggested that the definition of “securities” under the Securities Contracts (Regulation) Act, 1956 be expanded to include certain STOs (Stock Transfer Order), IEOs (Initial Exchange Offering), cryptocurrencies and other crypto assets,” she said.

The group has also proposed that digital asset exchanges should be considered at par with other recognized stock exchanges, as bringing these exchanges under the purview of SEBI would secure investor interest. The representation also says that the government should notify income tax and GST rules for crypto gains, both over the short term and long term.

According to Shivam Thakral, CEO and cofounder of New Delhi-based crypto exchange BuyUCoin, with cryptocurrencies worth millions of dollars being traded daily on Indian exchanges, there is a clear incentive for the government to bring in regulation and start collecting tax on crypto gains.

Foreign Exchange And The Import Of Cryptocurrencies

Notably, India has to import bitcoins because bitcoin mining isn’t allowed in India.

“This drives up the price of one bitcoin in Indian rupees. And while allowing people to mine bitcoins would certainly increase the supply of the coin in the country, we understand that mining is very capital intensive. It requires a lot of investment in setting up the infrastructure and even then, it is a very energy-intensive process, requiring huge amounts of electricity,” Khandelwal said.

While there is no law that explicitly bans mining, in 2017, the government banned the import of state-of-the-art application-specific integrated circuit or ASIC-based machines that are needed for mining. The move acted as a deterrent for many existing Bitcoin and other miners in the country, who’ve since desisted from the practice. Cases of Bitcoin miners being arrested in different parts of the country have also come to light in recent years.

According to the FEMA Act, resident individuals can remit up to $250,000 for various cross-border current and capital account transactions, on an annual basis, without permission from the Indian government.

Khandelwal told Inc42 that in the absence of regulation for crypto in India, the sector is subject to the FEMA Act’s $250,000 limit. So, on an annual basis, individuals are allowed to buy (import) bitcoins worth $250,000 from those based outside India. However, Khandelwal felt that this limit is not sufficient for Indian corporates and crypto exchanges which are catering to a growing crypto market with rising demand.

The Lingering Threat Of Ban

Besides the lack of regulatory clarity, intermittent speculations about the government planning to ban cryptocurrencies — to clamp down on their nefarious use cases — remain a nagging worry for stakeholders. Last year, media reports had suggested that the government would bring in the bill for imposing a ban on crypto during the monsoon session of Parliament. That never happened. Several Indian crypto exchanges such as WazirX, as well as London-based crypto-friendly neobank Cashaa, in conversations with Inc42, have expressed optimism that the government would actively engage with crypto stakeholders to come up with positive regulation.

In fact, leading crypto exchanges such as CoinDCX, WazirX and BuyUCoin are working together, under the aegis of the Internet and Mobile Association of India (IAMAI), to come up with a self-regulatory code for crypto exchanges in the country.

They’ve had some success so far, as most Indian exchanges have now brought in mandatory KYC norms for user signups, as part of their AML (anti-money laundering) policies.

But, Khandelwal revealed that a formal dialogue between crypto companies and the Indian government is yet to happen.

“Most of our conversations with the government representatives have happened informally, on unofficial fora. We are working on the code to promote best practices and transparency in the sector,” he said, adding that a date hasn’t been decided yet for the formal release of the code in the public domain.

“We believe that putting a formal self-regulatory framework out to the regulators is going to help them look at how it’s positively impacting the existing crypto ecosystem. Based on this, we’re positive that they will adopt something similar, and build something on top of the existing framework. With self-regulation, we want to make it easier for regulators to work on formal crypto regulation in India,” added Nischal Shetty, CEO at Mumbai-based WazirX.

It is worth mentioning that the last few years have seen several countries introduce regulations for trading of cryptocurrencies. And while these fall short of a full-fledged law, the regulatory changes in countries such as Japan, Singapore, the United Arab Emirates (UAE) and the US have certainly afforded more legitimacy to cryptocurrencies.

Last year, the Securities and Exchange Commission of Pakistan (SECP) had published a position paper on the regulation of virtual asset (cryptocurrency) trading platforms, one that was praised by Indian crypto exchanges for its positive outlook towards the sector. Evidently, there isn’t a lack of precedent for India to regularise crypto.

It remains to be seen if crypto finds a mention in the Union Budget, or is again given the cold shoulder by the finance minister.