Sumit Gupta, cofounder of Mumbai-based crypto exchange CoinDCX tells Inc42 that the approach taken by the SECP paper should be replicated in India 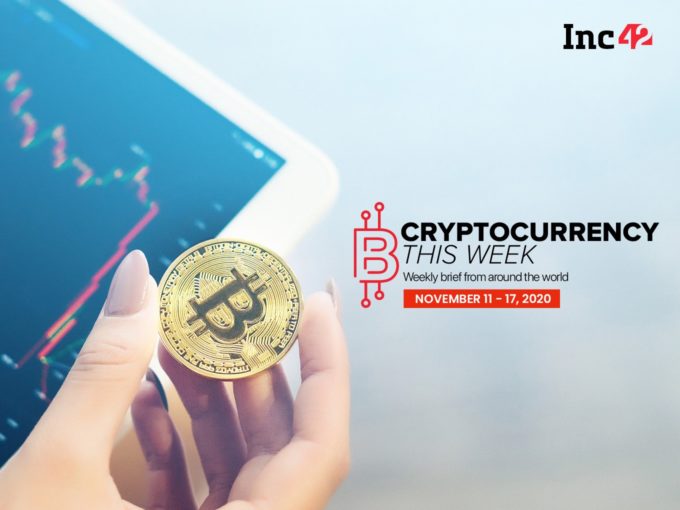 In a recent development, the Securities and Exchange Commission of Pakistan (SECP) has published a position paper on the regulation of virtual asset (cryptocurrency) trading platforms.

The paper notes that the asset tokenisation of real assets on distributed ledgers, “or the issuance of traditional asset classes in a tokenised form with the application of smart contracts has the potential to deliver a number of advantages over the traditional system.” These include transparency, near-to-impossible duplication and gains in efficiency due to the removal of intermediaries and automation of transactions, among other things.

The paper talks about two possible approaches for the regulation of cryptocurrencies in the country. The first approach would see the country regulate and restrict new products according to existing regulations, which may even entail outright banning. “Under this approach, innovators are obliged to adapt to the prevailing regulatory environment,” the paper reads.

The second approach — on which the paper is based — is described as the “do-not-harm approach” by the Commodity Futures Trading Commission (CFTC). It mentions that the financial sector is dynamic and emphasises the need for innovation.

“The do-not-harm approach is highly cognisant of not letting overregulation stifle innovation, and supports finding the optimal balance between innovation, the concomitant risks and the wider safety of the financial system,” reads the paper.

Sumit Gupta, cofounder of Mumbai-based crypto exchange CoinDCX tells Inc42 that the approach taken by the SECP paper for proposing a way forward for the regulation of cryptocurrencies is encouraging for the larger crypto ecosystem. “From describing the inefficiencies of the traditional financial system that can be solved by cryptocurrencies to taking the do-not-harm approach and recognising the need for innovation, the paper would be encouraging for the crypto players in Pakistan,” says Gupta.

“The approach taken by SECP is something India should seriously consider, as it also talks about the need for discussions with industry stakeholders.”

It is worth noting that Gupta’s CoinDCX is one of the players in the Indian crypto ecosystem, which is working with the Internet and Mobile Association of India (IAMAI) to develop a self-regulatory code for cryptocurrency exchanges in the country.

Gupta adds that the paper does well in laying out the need for licensing cryptocurrency trading platforms as well as Initial Exchange Operators, suggesting that they be brought under the purview of existing or new regulations in the country and work in conjunction with SECP in ensuring that due diligence is carried out in their operations.

An Initial Exchange Offering (IEO) sees a crypto startup partner with another crypto exchange, to list its coin or token for raising funds. IEOs are different from Initial Coin Offerings (ICOs) in terms of where the coin or token is offered. While ICOs offer tokens directly to potential investors, IEOs offer tokens on a popular exchange’s fundraising platform, such as Binance Launchpad.

The paper notes that to minimise the risks associated with cryptocurrencies, SECP could work with the IEO operator to first assess the company which is looking to raise funds through an exchange offering, before giving it the license to do so.

“This would require designing regulations to register Initial Exchange Operators (IEOs) as well as prescribe a criterion to operate as such by SECP. Resultantly, IEOs can only be offered by registered operators meeting the suitability criteria,” adds the paper.

Gupta points out that while the paper doesn’t elaborate on some crucial aspects such as cybersecurity infrastructure for cryptocurrency exchanges, it is to be understood that the paper is meant to trigger initial discussions for what could potentially be a holistic regulation for cryptocurrencies in Pakistan.

Sathvik Vishwanath, cofounder and CEO of Unocoin, one of India’s oldest crypto exchanges, tells Inc42 that he was impressed by the paper’s simple language and the depth of understanding demonstrated by SECP on cryptocurrencies.

“This is the exact approach India needs to take and I am hoping that our regulators as well choose such workflows if it works in Pakistan,” he says.

SECP regulates Pakistan’s financial services markets and oversees governance in corporate, insurance, capital markets and non-banking finance sectors. It can be equated to India’s Securities and Exchange Board of India (SEBI).

SECP intends to hold multiple discussions on its paper, as it looks for a way forward for the regulation of cryptocurrencies in the country.

Days after SECP released its paper, David Lewis, executive secretary of the Financial Action Task Force (FATF), emphasised that the private sector is the first line of defence against money laundering and terrorist financing and called on countries to limit the risks of cryptocurrencies.

Since June 2018, Pakistan has been on FATF’s grey list for failing to clamp down on terror financing. FATF is an intergovernmental organisation which seeks to develop policies to combat money laundering. It has long held that countries must regulate emerging technologies such as cryptocurrencies and blockchain to mitigate the risks associated with their use.

On November 13, when India celebrated Dhanteras, a festival which Hindus treat as auspicious for buying gold, we asked some of the leading Indian crypto exchanges such as WazirX, CoinDCX and CoinSwitch Kuber on whether Bitcoin — has been on a bull run lately — could challenge gold as an asset class. Read the full story here.

According to an announcement on November 13, the National Bank of the Kyrgyz Republic is developing a draft law that would regulate cryptocurrency exchanges in consultation with industry stakeholders. The bank stated that the draft law would regulate the sale and purchase of cryptocurrencies with the aim of tackling fraudulent cryptocurrency schemes and financial crimes, as well as safeguarding consumer and investor rights.