With investments in Bumble and Holberton School, Priyanka Chopra is a regular on the investor circuit

The most recent instance was Aishwarya Rai Bachchan's investment in Ambee 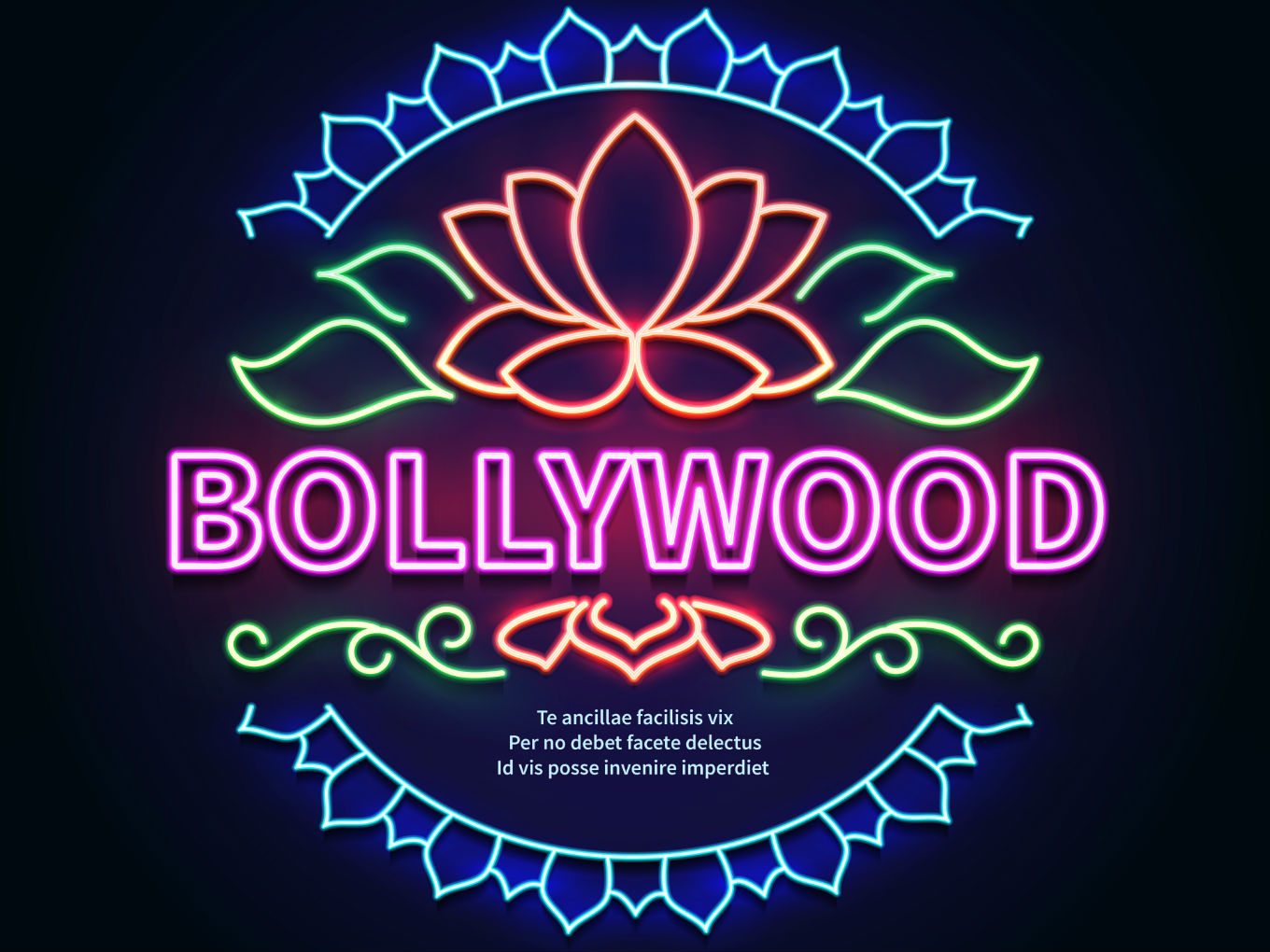 For the last few decades, Bollywood has been India’s global identity. However, in the last few years, the India startup ecosystem has also become a well-regarded export pulling in investments from around the world. Startup innovations, entrepreneurs and the booming investor ecosystem have drawn the attention of global economic powerhouses. And there is a new breed of investors emerging too, with the rise of Bollywood investments.

Investors from the glamorous world of Bollywood are doing their bit for the startup ecosystems. However, beyond being brand ambassadors, Bollywood celebrities have also taken turns in betting on startups in various sectors. While some have taken turns to be investors, some others have started up their own businesses as well.

The trend is not a surprise. Over the last few years, Hollywood celebrities including the likes of Ashton Kutcher, Snoop Dogg, Nas, Jay-Z, Justin Timberlake, among others, have shown off their penchant for tech by backing various startups.

In India, the trend of startup investments began quite some time back. From Amitabh Bachchan to Rani Mukherjee, the next generation of celebrity-turned-investor has names such as Priyanka Chopra, Deepika Padukone and more.

Here’s a brief of the recent celebrities who have donned their tech interest with investor cap:

Bollywood actress Deepika Padukone began her investor journey with a multi-crore strategic partnership with Mumbai-based FMCG health-food brand Epigamia. The investment by Padukone comes as an extension of the recently closed Series C round of funding led by Verlinvest, Danone Manifesto Ventures, and DSG Consumer Partners.

Epigamia was launched in 2015 by Rohan Mirchandani, Uday Thakker, Ganesh Krishnamoorthy, and Rahul Jain as a Greek yoghurt brand and expanded its portfolio to include artisanal curd, snack packs, Indian sweets, and smoothies.

Rohan Mirchandani, cofounder, Epigamia said the actress’s massive appeal aligns with the health-conscious youth of India that the brand is hoping to reach. “Our shared set of core values and beliefs is what drew us together and this bonding principle, along with Deepika’s involvement in our products and brand, will be extremely valuable for us,” he said.

Deepika Padukone has also donned her entrepreneurial hat with a fashion label, All About You and an NGO, Live Life Foundation. In September, Padukone through her family office has invested in Delhi-based Blu Smart. She participated in $3 Mn angel round of funding through her family office Ka Entreprises, along with JITO Angel Network, Kalpavriksh Trust, Survam Partners, cofounder of Micromax Rajesh Agarwal, and the MD of Bajaj Capital Sanjiv Bajaj among other investors.

Blu Smart was initially launched in January 2019 as an electric cab-hailing platform. Later in June, the Delhi-based company has pivoted to offer subscription-based car rentals, ride-sharing on both electric cars and bikes, and shared the electric vehicle (EV) charging infrastructure across Delhi NCR region.

Founded in 2014 by Vishal Gondal, GOQii is a smart wearable that helps people track their steps, sleep, and other physical activities, and then does more. Its smart health ecosystem integrates tools for real-time personalised coaching, an explosive high-growth health ecommerce store, scheduling health checkups, a health locker.

Akshay Kumar joined the company’s board as an investor and strategic advisor. As part of this association, Akshay Kumar will host one of GOQii’s health education initiatives called the ‘India Health Quiz’ on GOQii Play. Kumar will be conducting live coaching sessions on GOQii Play.

“My aim at investing in Foodcloud.in is to contribute towards a larger societal purpose of empowering the homemakers to contribute towards their family income,” Kapoor has said. Led by Vedant Kanoi and Sanjhi Rajgarhia, the food delivery platform runs on the premise of home cooks delivering hygienic and home-cooked food to customers from their kitchens.

For Kanoi, having a “socially conscious youth icon” like Kapoor’s support is a dream come true. “He has enjoyed the homemade food by our talented home chefs in Delhi and we’re excited to have his support to grow our initiative to new cities,” he said.

Bollywood actress Priyanka Chopra, who shifted base to Los Angeles after making inroads into Hollywood with Quantico and Baywatch, has been all over the headlines for after her high-profile engagement with American singer-actor Nick Jonas. Beyond making couple headlines, she also made a buzz with her investments in alternate college education startup Holberton School and dating app Bumble.

San Francisco-based Holberton School was founded in 2015 by Julien Barbier, Rudy Rigot and Sylvain Kalache as a project-based alternative to college for the next generation of software engineers. Bumble was founded by Whitney Wolfe Herd in ‎December 2011 as a “feminist dating app”.

Chopra said that she is honoured to join the two companies that are striving to expand gender diversity in the tech space and make a social impact for the greater good of society. After her investment, Bumble launched its operations in India.

Popular singer Sukhbir Singh began his investments journey with LQI in August. Singh participated in the $200K funding round of Gurugram-based beverage startup, LQI. The funds will be deployed to increase the production capacity and the geographical expansion to newer markets.

Founded in 2016 by Shubham Khanna, Palak Kapoor and Kapil Kumar, LQI uses their proprietary technology to manufacture Smoothie, Milkshake and Fruit Water frozen packs made with 100% raw fresh fruit with a increased shelf life of 2.5 months without use of any colors, flavors, purees or preservatives.

The company generates revenue through tourist and customer bike rentals along with partnerships with logistic delivery providers. eBikeGo is aiming to capture 2% of the Indian electric two-wheeler market share in the near future, and plans to build a fleet of 200K bikes in 100 Indian cities.

Bollywood actor Ayushmann Khurrana has invested an undisclosed amount in Gurugram-based male grooming startup The Man Company (TMC). The actor would also be the brand ambassador for the company. This is the first time the actor has made such an investment.

TMC founder and managing director Hitesh Dhingra said that the funding is part of a strategic investment in the company, and the actor would not hold any board position. He added that the funds will be used for branding and ramping up presence across India.

The Man Company was founded in 2015 by Bhisham Bhateja, Hitesh Dhingra, Rohit Chawla and Parvesh Bareja. The company is known to offer a head-to-toe range of men’s grooming products across various categories, including bath and body management, shaving and perfumes.

Ayushmann Khurrana said,  “The definition of a gentleman has thankfully evolved today and I believe men should be comfortable to embrace their vulnerability and their weaknesses. It doesn’t make them less of a man. I immediately connected with the philosophy of The Man Company and consider the company as a progressive and extremely inclusive brand whose products I love using. The company has impeccable business insights and I will be deeply invested in ensuring that the company grows from strength to strength in the years to come.’’