Dara Khosrowshahi Made Clear His Plan To Take Uber Public In Next 18-36 Months. 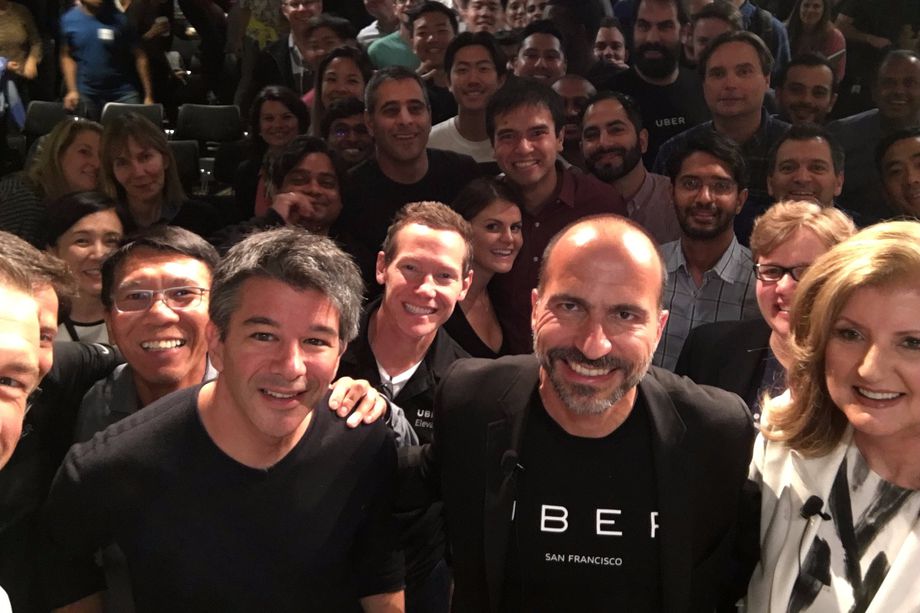 New Uber CEO Dara Khosrowshahi addressed Uber employees at his first meeting and made no bones about what his intentions are. In an all-hands meeting Wednesday at the company’s San Francisco headquarters, Dara Khosrowshahi made clear that his plan is to take the ride-hailing company public in the next 18 to 36 months.

The former Expedia boss, who comes in at a time when Uber with a $69 Bn valuation is facing the most scandal ridden and tumultuous time, left no doubt that he means business.

This is what Khosrowshahi told employees at Uber’s headquarters. He added, “We’re in a battle here. I think everybody knows it. I’m here, I made the decision, I am all in, and I’m going to fight for you with every bone in my body.”

So for starters, he made it clear that he wants Uber to focus on “paying the bills” or the core business and regaining market share from its rival Lyft. 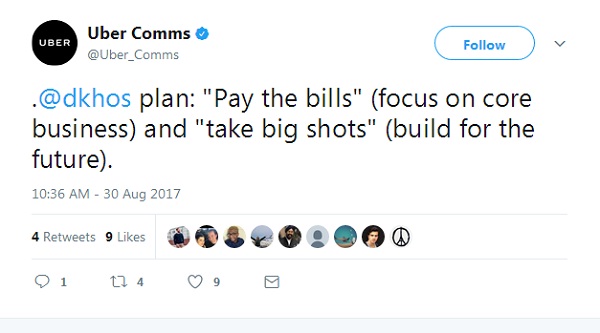 “This Company Has To Change. What Got Us Here Is Not What’s Going To Get Us To The Next Level”

The change which Khosrowshahi is referring to the cultural shift Uber needs to undergo given Uber’s board stipulated that the original list of 14 corporate values, authored years ago by co-founder Travis Kalanick, needed to change after they were used by employees to justify malicious behaviour around the office.

In this respect, Dara Khosrowshahi also talked about the importance of culture, and how people feel about their team determines how happy they are. He went on to say that it’s in Uber’s interest to attract and retain some of the best talent that’s out there. He also later mentioned that culture needs to be written from the bottom up, rather than pushed down from the top. 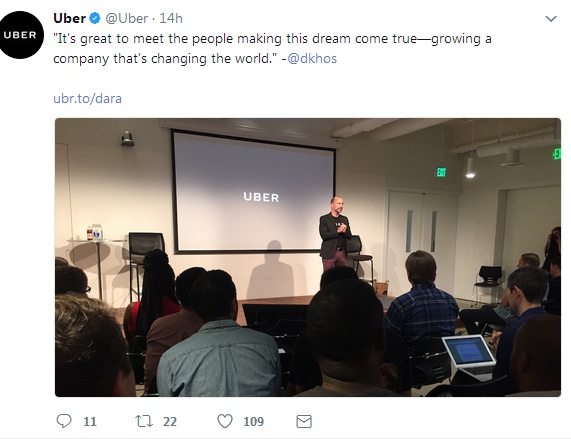 “Just Know That I’m Here, I Made The Decision, And I’m All In”

Now that Khosrowshahi has taken charge fully, he reiterated his priorities to set things right. One of those is to meet with the leadership team and fill the many management holes. He also said that he needs to bring on a chairperson to partner up with him at the board level. Uber currently has vacancies for several key positions including a CFO (officially), COO, CMO, general counsel and Senior Vice-President of Engineering.

Dara’s dose of enthusiasm and focus on what he needs to fix on a priority basis is just what Uber needs at this moment. The IPO if it happens would most likely be one of the biggest technology IPOs of the decade. For now, Dara Khosrowshahi has big tasks ahead of him-straightening Uber’s scandalous image, putting its code of conduct in order, fighting against competitor Lyft’s increasing threat, assembling the top team, and gearing up to cutting losses. From his Twitter status today, Dara seems all ready to take up these challenges! 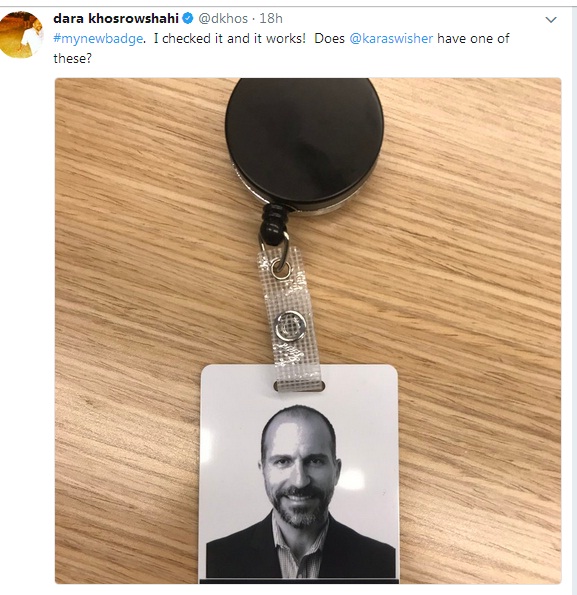