OYO Raises $62 Mn Funding From Softbank; Existing Investors Give It A Miss!

OYO Raises $62 Mn Funding From Softbank; Existing Investors Give It A Miss! 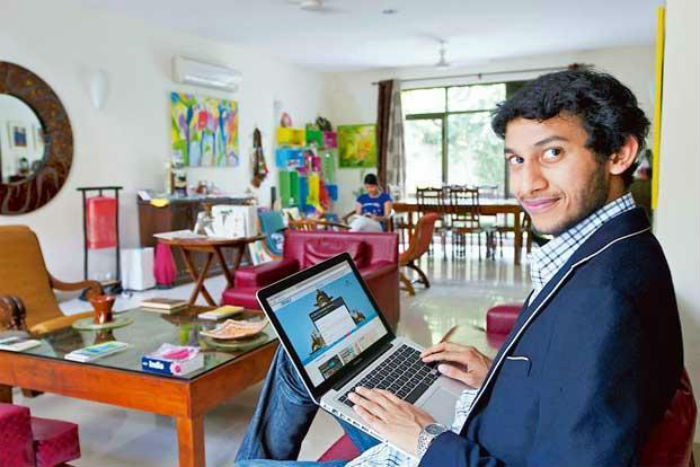 As per the documents filed by Oravel Stays Pvt. Ltd (OYO’s parent company) with the Registrar of Companies, existing investor Greenoaks Capital, Sequoia Capital and Lightspeed Venture Partners did not participate in this round of funding.

According to a TOI report, OYO is closing a $90 Mn round, split into two tranches led by SoftBank Corp. This $62 Mn round is part of first tranche and the remaining $29 Mn is a mix of equity and debt which wil againl be led by SoftBank. The report further stated that the company is raising $5 Mn in debt financing from InnoVen Capital. OYO’s pre-money valuation stands at $400 Mn.

Earlier in April, the company had reportedly raised $100 Mn in its fifth round of funding from existing investors including Softbank, Sequoia Capital, Lightspeed Venture Partners, Greenoaks Capital, DSG Consumer Partners and Venture Nursery in April this year. Prior to that, in August last year, it had raised a $100Mn funding round led by SoftBank Corp, and its existing investors Lightspeed Venture Partners, Sequoia Capital India, and Greenoaks Capital.

OYO was founded in 2013 by Ritesh Agarwal and had touched the 100-city mark last year. The company was initially funded by VentureNursery and later, it garnered a seed round from Lightspeed Venture Partners and DSG Consumer Partners in 2014, and INR 30 Cr funding from Sequoia Capital in October 2014. In March 2015, it raised over $25 Mn from Greenoaks Capital, Lightspeed, and Sequoia at a valuation of $100 Mn.

In May, OYO announced that it has achieved unit profitability at an aggregate level across its presence in 170 cities of India. The company registered 15X year/year growth with 2.3 Mn booked room-night transactions in Q1 Jan-Mar 2016. 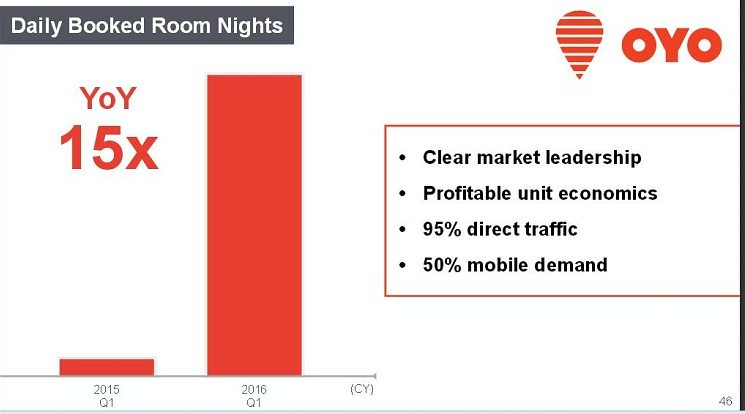 The company received 95% of its traffic from its own sales channels such as app, website and call-centre. Gurugram, Delhi, Hyderabad and Kolkata came out to be the key cities driving profitability. As of May, OYO has initiated 5,855 hotels in its network with a total inventory of 68,300 rooms. The budget hotel aggregator further aims to triple its inventory by December 2016.

The company hit operating profits last June following which it went into aggressive expansion mode to gain market leadership by expanding internationally and growing network deep in Indian cities. One of the most talked about of all these was the OYO-ZO deal, which is yet to be completed due to hurdle from OYO’s early investor Venture Nursery.

This year, OYO expanded its network in the Northeast region and tested expansion in the Southeast Asian market with a launch in Malaysia.