3 Investors Promised Funding And Backed Out Twice: The Tragic Story Behind Znapin’s Shutdown

3 Investors Promised Funding And Backed Out Twice: The Tragic Story Behind Znapin’s Shutdown

Znapin, a Mumbai-based social network to communicate via selfies, was shut down in mid-June this year. The company was facing a cash crunch for the last 14 months. With a monthly burn rate of $5,928 (INR 4 Lakh)-$10,307 (INR 7 Lakh), the founders steadily lost money hand over fist and were eventually forced to pull down shutters.

During the time of shutdown, the app had over 49,111 (Android) and 72,454 (iOS) downloads. In addition, the startup had over 7 successful campaigns running and was associated with 11 brands. It was also chasing a target of 250K users for the financial year 2016-17.

Znapin, started in 2013 by Yash Kotak, Nyha Shree and Kevin J Dolan (left in 2014) with a team of 10, was originally called Selfie Challenge. Later, Ankur Kumar joined in as Co-founder and CTO. Apart from promoting selfies as the best way of users expressing themselves, it also powered brands to get deeper insights into customer profiling and affinity marketing via photolytics, sponsored challenges, grati(fun)fication and native advertising.

In its beta stage, it attracted over 50,000 downloads across iOS and Android platforms with the majority of users from US, India, China and South Asian countries. In 2015, a few brands such as Zapaygo UK, Carlsberg, NEC Group UK, Monster Energy USA, V’s Fitness US/IND had also shown interest to run campaigns on the app, claims Kotak. With 50,000+ genuine selfies clicked for various challenges, the platform’s weekly gathering was about 1000 unique selfie challenges accepted.

Initially, everything was hunky dory for Znapin – an amazing team and an amazing product which went viral worldwide, at the beta stage itself. However, even unexpectedly good traction and major brands showing interest to join and conduct business with them were not enough for the startup to go on. And business slowed down so much so that eventually they had to shut down.

So the question to be asked is, where did the founders fail? How could a startup, which gained so much hype initially, have take a significant step back within two years? We reached out to Znapin Co-founder, Yash Kotak to know more on what went wrong and his plans for the future. 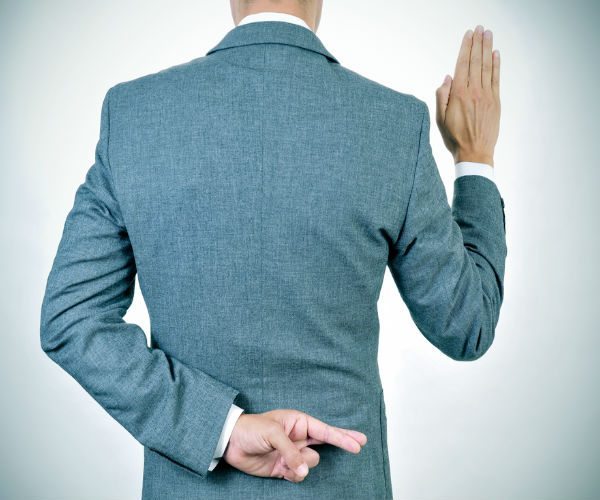 The company had raised a seed round of funding in 2015 to boost up talent acquisitions, strategic tie-ups and to initiate marketing activities. However, Kotak revealed that the funding had always been on paper only. The founders reached out to the 3 unnamed investors twice. “They promised funds everytime and then we were denied in the nick of the hour… They pushed us to announce the fundraise. We prefer to work hard in silence, and ran the venture with personal savings and help from family and friends for 2 years,” says Kotak.

The lack of funds forced senior talent to leave the company, without giving notice. “One of our co-founders left abruptly. Then, our Android developer left without [giving] even a hint of resigning. It was more towards going back home for a holiday, never to return,” Kotak adds.

With no funds and a weakened team structure, the company also lost out on its strategy to capture the Indian market — ‘already considered to be a tough nut to crack for social media startups.’ “This is one of the prime reasons which led to our failure. We now understand that there’s a reason why they (social media networks) shift abroad. There is lack of belief in a social media network coming out of India and also India doesn’t have a track record for such companies,” says Kotak.

There comes a deciding moment when we have to take a step back in order to survive. After ‘Fail Fast,’ this is crucial. And for Kotak, it was always one foot forward in a new direction. 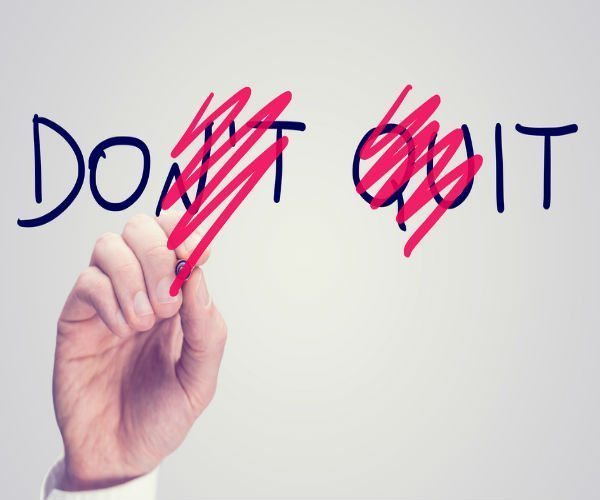 While he was busy talking to investors worldwide to re-strengthen the roots of Znapin, he got a call from a few investors across China, Singapore and Japan. “Luckily, they were paying for my ticket, so I thought to give it a final try from our end before quitting,” he reminisces with a smirk.

He was out there for 3 months, talking to many investors, and each time he got the same feedback: Reach 1 Mn users in India and then we will talk. “My immediate reply to them was, the very minute I reach 1 Mn users in India or anywhere in the world, I can go negotiate with anybody. But honestly, every effort of mine to convince them went in vain,” he adds.

But, just before returning to India, he went for a last meeting with investors in Singapore. “The meeting was going smoothly, and they just asked me off the record if I have something else that I am working on simultaneously. So I told them about a concept I was working on alone from the last couple of months. This was discussed with Chirag Kotak, popularly known as CK, Nyha and me over a cup of cycle wala coffee in February end at about 2:30am, which is where it sprouted into a thought-flow.. And the immediate question to me then was, ‘How much money do you want us to pour in,’” says Kotak.

Kotak along with his Co-founder Nyha Shree, will now be starting a new global venture in the AdTech space. The startup is currently in stealth alpha mode and has already raised a pre-seed round at the idea-on-paper stage. The founders plan to launch it somewhere around August end or September first week across South East Asia and will be bringing it to India in January 2017 with the Znapin team.

“Coming with a team which is motivated and has shown its trust in the vision of the founders, made our investors just say one thing. ‘Tomorrow money will get deposited in your bank account,” says Kotak.

While Kotak and his team are charged up for the new, as yet unnamed venture, they have taken the lessons from Znapin’s shutdown to heart and plan on putting it to good use.

3 Takeaways From The Failed Venture

Stick by the people who stick by you 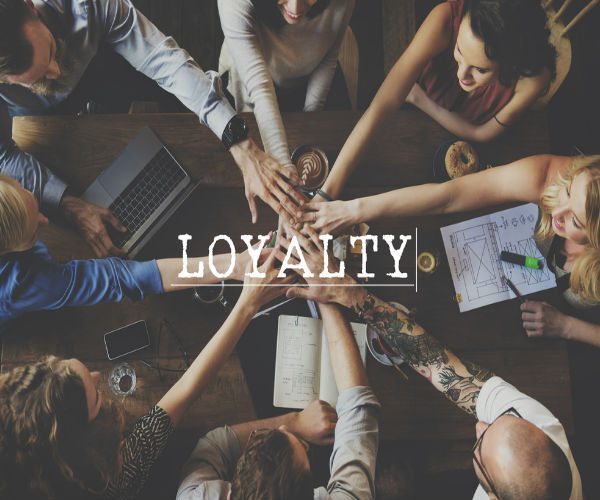 As Kotak recalls, there was a time when he could not pay the salaries of some of his employees. “I don’t know whether this has happened to someone (else) or not, but they told me to focus on getting funds and do not pay them unless I have got the money. And they went without any pay for 6 months for me,” he says. This not only boosted their much-required confidence levels at the time of the company’s downfall fall but also filled the founders with courage. “This was kind of commendable and encouraging as well because I now know that I have a team who believe in me and what I am trying to do,” adds Kotak.

India is not right for raising money at the idea stage

The one main learning that he got from Znapin is that it’s really difficult to raise money in India, especially at the idea stage. “In the near future, I am not looking at getting investors from India at all. I have learnt this thing very minutely, that you cannot get money here without any prototype or [a] solid pitch deck, just on the basis of a great idea,” he says.

As Kotak says, “I’ve heard the young guns saying, ‘I’m from IIT/IIM; I’ll get the money’. It’s odd but true. One pitches, gets appreciation. When it boils down in the end, the money talks. Promises are made, people go home happy, just to be told a big fat no, a few days later.”

This point highlights a 180-degree shift in Kotak’s attitude towards the Indian startup investment scenario. In July last year, in a Quora post, it was he who defended the notion that IIT/ IIM institutes are just an influx and with an attractive idea, strong team, right market size and product fit, anyone could get funding. 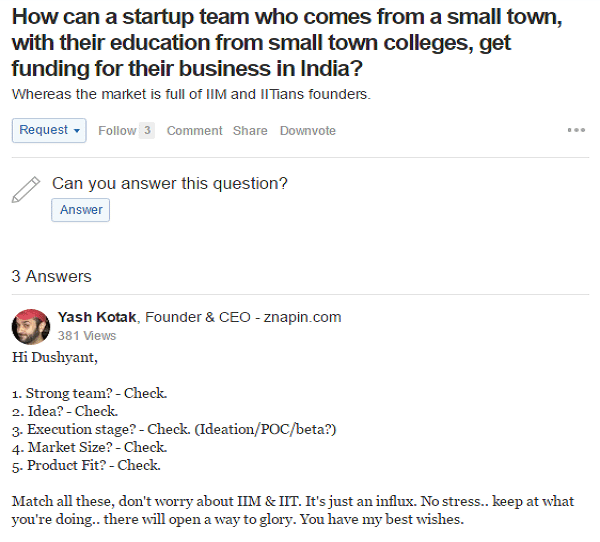 He now believes in the opposite. “Others aren’t given a prominent ear. Herd mentality in investors too has shadowed the triumph.”

Kotak even believes that startups are now much more focussed on investor-first products, than on innovating. “Is this really solving a problem of the masses or are they solving the problems investors and funds face on where to show the investments?” he asks.

Those Who Are Still Leveraging The Market

There is no doubt that Znapin has reached its end. There has been no upgrade in the app’s features since a month. However, the website is still live, and the team is in no rush to shut down completely. “We would like to revise it in future if the market seems acceptable, but for now we are just focussed on our new venture,” Kotak says.

The story of Znapin revealed to us the ugly, diplomatic face of the investors and the struggle inherent in the glossy entrepreneur world. Kotak was right in claiming that India doesn’t have a track record for social networks emerging out of the country, as none of them have been able to engage or compete with the likes of Facebook, Twitter or even Snapchat.

Other startups which faced a similar fate include Wishberg — a social network to keep track of wishes — which got shut down in 2014. Another startup, Frankly.me, a video-only social network, also breathed its last just a few weeks after receiving seed funding in January this year.

Although, Indian social media startups have not been able to take off in a robust way, the picture is not as bleak as portrayed. There are a few early movers that have identified more niches in the social networking space and are doing pretty well.

One such scrapper is vebbler.com, a personal social network that ‘layers’ conversations. It was launched in 2013 by Sahil Bhagat, who was then pursuing a correspondence degree in business and management from the London School of Economics. It has now introduced a new social camera app.

Another example is Rinema.com, a platform where movie buffs can have a circle to rate and review movies, make lists, get recommendations, meet other film buffs and more. It was launched in 2013 by IIT Kanpur graduate Grishma Udani.

Next is Imlee, launched in 2012 by Aatish Dedhia, a former IIT-Mumbai and Cornell University student. It is focussed on creating a network for family and relatives only to share personal data without any privacy issues.

There are still others like Musicfellas, LurnQ, Etable, Pikboo, Hammer, Worldoo, JoGuru, TouchTalent, Tinystep, Brigge, Shabdnagri, Affimity and more. These startups are trying to cater to different niches such as parenting, artists, travel, art work, family only, etc., thereby cracking the Indian market dynamics. One startup similar to Frankly is Velfie, which lets users create personalised video selfies to popular dialogues and sounds and use those for personal messaging and uploading on social media.

Startups in the social media space have the potential of global appeal and with the right strategy can really attract worldwide marketshare. The opportunity is immense, with 3.4 Bn global Internet users in 2016 and counting. Asia-Pacific is driving much of this growth, where Internet usage rates are high and the number of active social media users has increased by 14% from the year before.

Thus, the growing digital landscape offers new opportunities to reach these people across cultural barriers. With the right mindset and timing it right, a successful entry in this space is not just possible but a certainty.