A SaaS Startup With Sass: How Freshworks Turned Unicorn With A $100 Mn Funding At A $1.5 Bn Valuation

A SaaS Startup With Sass: How Freshworks Turned Unicorn With A $100 Mn Funding At A $1.5 Bn Valuation

The funding round was led by Sequoia and Accel Partners 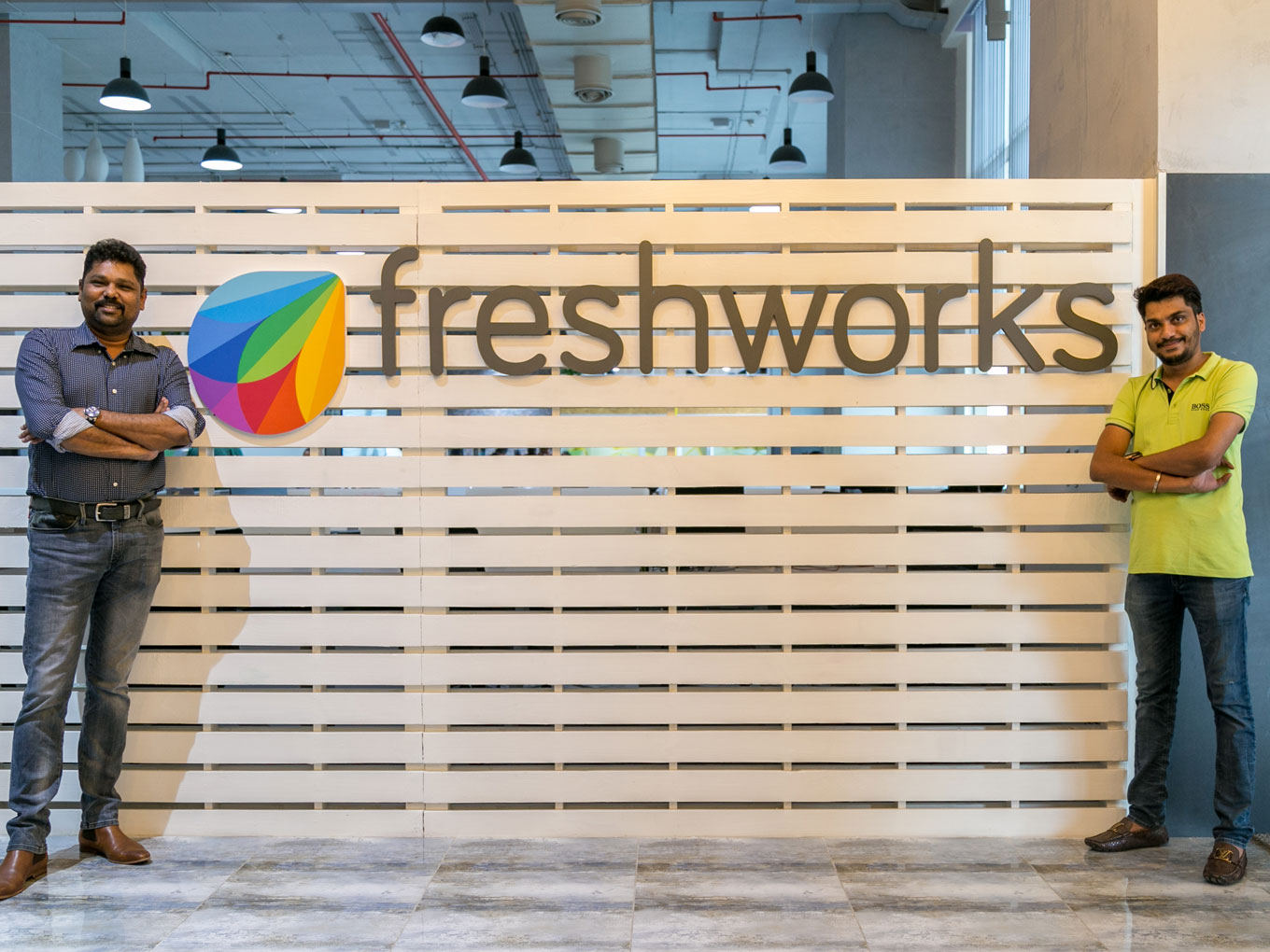 The round was led by existing investors Sequoia Capital, and Accel Partners, with participation from CapitalG.

The latest funding round has raised the total investment in the SaaS company to $250 Mn.

The company, founded by Girish Mathrubootham and Shan Krishnasamy, was initially named Freshdesk and was rebranded to Freshworks later in June 2017, in line with its increasing suite of applications and bundled multi-product suite.

Freshworks plans to use the funds for international expansion in its key markets — the US and the UK — as well as to continue investment in its integrated SaaS platform and the Indian SaaS market.

Sequoia first invested in Freshworks during its $55 Mn Series F round in November 2016. It also acted as a lead investor in the Series F round.

“Sequoia first backed Freshworks in 2016 and didn’t hesitate for a moment to double down on the investment. Girish and his team have worked relentlessly to build Freshworks into a leading SaaS company from India,” said Bhatnagar.

Freshworks is currently headquartered in San Bruno, California, in the US, and has offices in India, the UK, Germany, and Australia.

It claims to have over 150K clients worldwide using the Freshworks software product suites, including leading companies such as NHS, Honda, Rightmove, Hugo Boss, Citizens Advice, Toshiba, and Cisco, among others.

How Freshworks Paved Its Path To Success

So, what gives Chennai-based SaaS companies their sass? In the case of Freshworks, we assessed three major driving factors that led the company to become a unicorn within eight years of its launch:

Here’s a deep dive into these factors:

Interestingly, it has doubled its revenue every year since 2014. The company claims to have reached $100 Mn in annual recurring revenue.

This means that it would have clocked a revenue of more than INR 680 Cr ($100 Mn) in FY18. The financial statements for FY18 have not been filed with the MCA yet.

Further, the revenue split for FY17 shows that 98% of Freshworks’ revenue is from sales of software services.

Like in the case of its revenue, Freshworks has doubled its expenses every year. However, the percentage increment has come down as observed in the year-on-year trend.

So far, Freshworks has acquired nine startups. The majority of them were aqui-hires, intended to bolster the tech team of the company. With the latest funding round of $100 Mn, Freshworks is open to more such acquisitions in the near future.

As Arvind Parthiban, director of marketing at Freshworks, told Inc42, “All our acquisitions so far have either been to bolster our team or fill a gap in technology. If there are similar scenarios in the future we will definitely consider that option.”

Recently, the company has also appointed Suresh Seshadri, the former vice-president of finance and treasury at AppDynamics, as its chief financial officer.

“With the addition of Suresh leading our financial management and strategy towards a path of free cash flow breakeven and our latest, and likely last, private funding round in place, we believe we have a unique opportunity to attract customers from around the globe who have been let down by legacy solutions,” Girish said.

According to Parthiban, Freshdesk was the product they started with, as their flagship platform. However, soon they took the multi-product route and also rebranded in line with the same.

“Transitioning into a multi-product company was always on the cards, but we have managed to crack it well. We have bolstered our team with top talent and built new products through smart acquisitions. We are also very focused on Freshworks’ path to becoming an integrated customer engagement platform and the initial reception has exceeded our expectations,” he added.

As Parthiban said in an earlier interaction with Inc42, “Being able to emulate the Freshdesk support model across different SaaS segments and expanding our product line to CRM, ITSM, Caller, Chat, etc, has been our biggest driver.”

Chennai Express: How The City Is Becoming The SaaS Hub Of India

The Chennai SaaS saga goes back over two decades. It started with Sridhar Vembu-led Zoho, which led an impressive growth with 21 years of profitability and no external VC funding raised so far. Zoho is now a unicorn.

The unprecedented growth of Zoho opened up the road for SaaS-based startups such as Freshworks, Indix, and Ramco on the international platform. This has made Chennai the primary contender for becoming the SaaS hub of India.

Freshworks is walking in Zoho’s footsteps and has become another inspiration for SaaS startups based in the city. Parthiban says that it is heartening to see the entrepreneurial activity in Chennai.

Check out the list of top 15 SaaS startups based out of Chennai here.

Earlier, about a year ago, when Inc42 had asked Vembu about the evolution of the Indian SaaS market, he had said about 10 years ago, there was hardly a SaaS market in India. This was primarily due to very poor broadband penetration.

He later said in an interview with Inc42, “Today, thanks to the rapid spread of mobile broadband, the market is a lot more ready to consider cloud-based solutions. The Indian customer is now ready. India is on the threshold of a massive wave of technology adoption, as part of a major growth wave.”

Expected to reach $1 Bn by 2020, the Indian SaaS/enterprise software market currently accounts for 9% of all software sales. It expected to cross $50 Bn in the next 10 years, according to a report by Google and Accel Partners in 2016.

Despite these market projections, most SaaS founders believe that while India is the best place to build SaaS products, it’s not an ideal market to sell them. However, the Indian SaaS market is growing slowly but surely and may just prove them wrong.

Coming back to Chennai, Parthiban said: “There is clearly an abundance of talent in the city and thousands of yet to be explored opportunities; we will continue to support the Chennai ecosystem in every way we can. Entering into the unicorn club certainly is a significant milestone, it is also something that was bound to happen. Now that we are here, we see it as the beginning of another journey.”

Freshworks is one of the few SaaS startups that have mastered the secret sauce of phenomenal growth and scale, along with positive revenues. The unicorn tag is the jewel in its crown. But not one to rest on its laurels, Freshworks is indeed looking to start the next stage of its journey with its newfound boost of funds.