Zoho Founder Sridhar Vembu On The State Of Saas, On What Inspires Him And More

Zoho Founder Sridhar Vembu On The State Of Saas, On What Inspires Him And More

Last year, Zoho put the sleepy, unknown town of Tenkasi in Tamil Nadu on the world map by building its sixth product – Zoho Desk from its development centre situated in the midst of beautiful green fields. This year, it followed up with a major play to leverage India’s single tax regime with  the launch of its GST-ready financial suite Zoho Finance Plus. Behind the rapid rise of this enterprise software pioneer is the vision of one man who has shunned VC money since he began 20 years ago, led Chennai into becoming a SaaS hub, and believes in making products for the world right from the heartlands of rural India. A man whom we know all know as Sridhar Vembu – founder and CEO of Zoho.

On the sidelines of the launch of Zoho’s financial suite in Chennai earlier this year, Inc42 caught up with him to know more about the man, his inspiration, a SaaS company he is inspired by besides Zoho, and his life mantra.

India And The SaaS Connection

When questioned about how he has seen the SaaS market evolve in India over time, Sridhar Vembu notes that, about 10 years ago, there was hardly a SaaS market in India. This was primarily due to very poor broadband penetration.

He says, “Today, thanks to the rapid spread of mobile broadband, the market is a lot more ready to consider cloud-based solutions. The Indian customer is now ready. India is on the threshold of a massive wave of technology adoption, as part of a major growth wave.”

Though, of course, challenges still persist. According to Sridhar Vembu, one of the challenges of selling SaaS from India is that of educating the customer. He explains, “The primary challenge is customer education and training. We have a lot of new customers coming online and so a lot more investment in customer education, support, and training are required.”

Then again, he notes that India is also a highly price-competitive and price-sensitive market. Getting the pricing right and making those prices work is an important challenge to anyone wanting to do business in India.

However, despite the challenges, India also has some unique advantages when it comes to selling SaaS. And one of the primary advantages, as per Sridhar, is the abundant talent pool. He says, 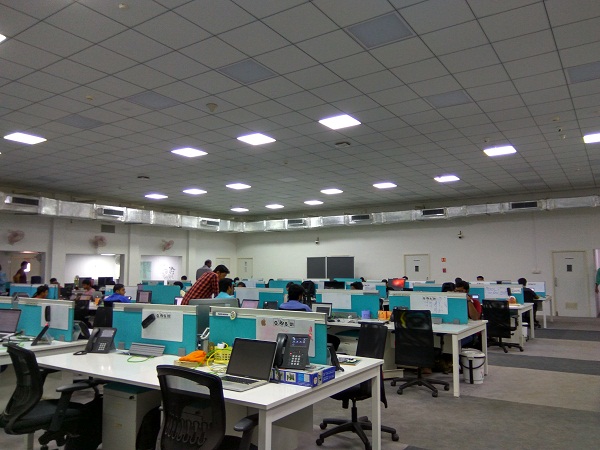 And it is this advantage which Zoho has leveraged to the hilt and enabled Chennai becoming a global SaaS hub. As per the Indian Tech startup funding report for H1 2017, Chennai took the sixth spot in overall investments in H1 2017, primarily due to the congregation of enterprise tech startups.

Sridhar believes that Chennai and the broader South have software talent in abundance. But, for many years, that talent was exported to the West or focussed on software services. Here, Zoho tried to change the tide by focussing on building software products.

Sridhar reveals, “We set our mind to creating a software product company and the experience we built up over the past two decades in Zoho has been very helpful in creating a product-and-market aware talent pool. Finally, venture capital “discovered” this talent pool, and the result has been an explosion of SaaS startups in Chennai.” 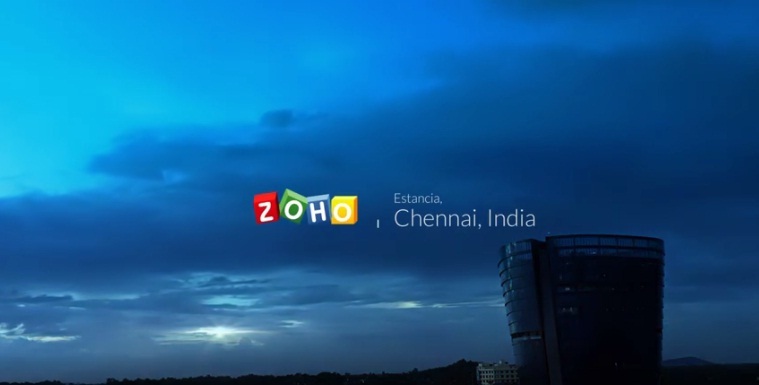 Sridhar believes that many other SaaS hubs like Chennai are waiting to emerge. He says, “Bengaluru, Hyderabad, Mumbai, Pune, Delhi all have vast talent pools, so I assume many companies will emerge from these cities.”

Of course, for this to happen, India also needs to build many more global startups like Zoho. For founders looking to build such a global SaaS company, Sridhar shares the wisdom he has employed to carve out Zoho’s destiny. The first is to focus on identifying a unique problem or, so to say, a market opportunity.

He says, “Focus on identifying a clear market opportunity i.e. customers willing to pay for your offering. Build a great product that thrills those customers. Obsess about customer satisfaction. These are not specific values to SaaS, these are simply common sense.”

And one startup which he admires for these values besides Zoho, of course, is Delhi-based Wingify. Wingify was founded by Paras Chopra, whose flagship product, Visual Website Optimizer (VWO), is said to be used by more than 4,300 brands across 87 countries to analyse web activity and increase conversions. Sridhar reveals, “I like Wingify, the makers of Visual Website Optimizer. Very beautifully-executed bootstrapped success story.”

On Zoho And The Journey To Profitability

Given his insistence on bootstrapping, it is no wonder when he reveals that the most important milestone for Sridhar Vembu in the Zoho journey was reaching self-sustaining profitability, which they did in the second year of the company. That was when he felt, “This company is now real, it can sustain itself!”

That’s precisely why, when asked what’s the most valuable advice he has been given, he says definitively,“Don’t take money if you don’t need it, because investment money always comes with strings attached.”

And so, as Zoho continues its bootstrapped, ‘no strings attached’ journey, what Sridhar always looks forward to is the process of watching a new idea go from concept to product to customer validation. He adds, “That process is very exciting and that’s what makes it fun to go to work.”

Which makes us curious as to what is his big source of new ideas as he steers this homegrown unicorn into newer territories. Sridhar Vembu reveals that he reads widely, talks to people and thinks about developments in our industry and the broader world.

“I try to connect the dots, and sometimes that leads to a new idea. Some of those new ideas work out. Many ideas also fail, but that is the nature of it,” he says. His last read is a book called “Why Greatness Cannot be Planned: The Myth of the Objective”. Though written by Computer Science professors Joel Lehman and Kenneth O. Stanley, based on their AI research, Sridhar opines that it is a broader philosophy book than just a book on AI . He says, “The title says it all and “Greatness cannot be planned, only stumbled upon by looking for novel ideas and pathways” would be a good summary.”

Indeed, when one thinks of it in the backdrop of what Sridhar Vembu has achieved with Zoho in Chennai, which he fondly calls ‘home’ and Tenkasi, which he envisages as a beautiful, vibrant community with a world-class company, one cannot agree more. And, as he strides forward in his quest to find more novel ideas to take Zoho to greater heights in the SaaS world, his go-to mantra remains rooted in his belief in the Buddhist philosophy – this too shall pass!