This Is The Right Time To Manufacture Drones In India: PM Modi At Drone Festival of India 2022 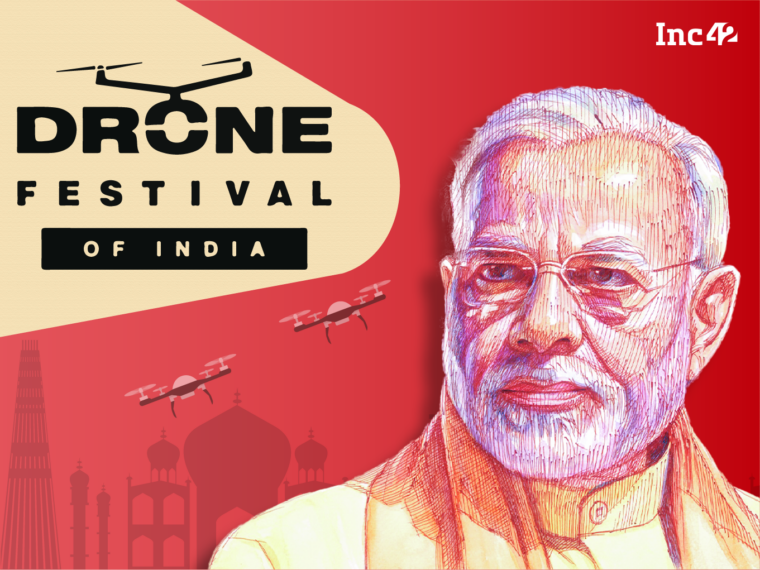 “With startup power, India is moving fast to become the drone expert in the world,” Modi said

After a series of government initiatives for making India a global drone industry hub, Prime Minister Narendra Modi inaugurated the Bharat Drone Mahotsav 2022 or Drone Festival of India 2022 at Pragati Maidan in New Delhi on Friday.

Speaking at the venue, the Prime Minister said, “With startup power, India is moving fast to become the drone expert in the world.”

“In the form of a drone, we have another smart tool that will become a part of the life of the common Indian,” the Prime Minister said at the Drone Festival of India 2022.

Referring to the recent amendment in Drone Rules, 2021, the PM said, “A few months ago, there were a lot of restrictions on drones, however, we [the government] have removed most of the restrictions over a short period of time.”

He also called for the youth of the country to make more drone startups. “Together, we will play our role in empowering the masses with dronetech,” Modi added.

He also called on investors in India and around the world to invest in dronetech startups in the country.

“This is the right time to manufacture drones in India,” Modi said.

Speaking at the same event, the Union Minister for Civil Aviation Jyotiraditya Scindia noted that the PLI Scheme for drones has introduced incentives worth INR 120 Cr, double the industry’s estimated INR 60 Cr value currently. Scindia estimated that the Indian drone industry will be worth INR 15,000 Cr by 2026.

He said that currently, India has 270 drone startups, and hoped that there will be thousands of the same in the future.

The Centre aims to make India the “drone hub of the world” by 2030.

And the government’s push for India’s drone industry got another shade of seriousness when the Indian government banned the import of drones in February 2022. The ban did exempt the drone imports for R&D, defence and security purposes, however, India’s drone push became all the more evident.

Add to it, FM Nirmala Sitharaman called on the entrepreneurs to create drone-based startups during her Union Budget 2022 address. The FM called for leveraging ‘Drone Shakti’ through a myriad of applications, adding that Drone-As-A-Service (DaaS) startups were the need of the hour.

In her Budget speech, Sitharaman also said that the use of ‘Kisan drones’ will be promoted for crop assessment, digitisation of land records, and spraying of insecticides and nutrients.

Soon after the Union Budget 2022, the government amended the Drones Rules, 2021. The government had also abolished the ‘Remote Pilot License’.

Under the new amendments, authorised training institutes will be eligible to issue ‘Remote Pilot Certificates’ (RPCs). With this, an RPC issued by training schools will be enough to pilot drones.

The Ministry of Civil Aviation also replaced most of the instances of the word ‘License’ with ‘Certificate’ in the amendment, a move that is probably aimed at reducing the fears of a return to ‘License Raj’ in the drone sector.

Earlier this year, Modi promised full government support to the drone technology startup in India. He said so while flagging off 100 Kisan Drones in various parts of the country for spraying pesticides and other farm materials.

He said a new culture of drone startups is emerging in India. Modi added that the industry has a huge potential for growth, with the number of startups increasing to thousands over the coming years.

The Directorate General of Civil Aviation (DGCA) hosts Digital Sky, the online platform for various activities related to drone management in India. While it is currently in the development phase, Digital Sky is set to be fully functional by October 2022.

In May this year, Chennai-based drone startup Garuda Aerospace secured an undisclosed amount in its pre-Series A funding round.

The drone-as-a-service startup is also looking at a larger funding round of about $30 Mn by June, as it bagged more than 8,000 orders from countries such as Malaysia, Panama and the UAE.

A drone manufacturing startup, ideaForge, raised $20 Mn in a funding round to ramp up its R&D and scale in new geographies.