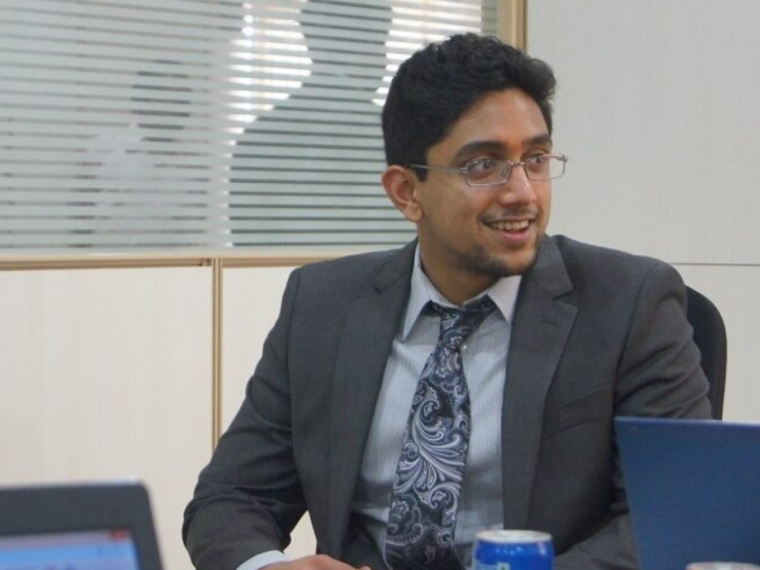 The Chennai-based startup is also gearing up for a larger funding round scheduled in June this year, likely to raise about $30 Mn capital in the round

After PM Narendra Modi launched ‘Make in India’ drone manufacturing facilities in February 2022, the startup has been flooded with orders, said its founder

During the pandemic in 2020, Garuda deployed more than 300 drones and 500 pilots to disinfect hospitals, public spaces, hotels, corporates and societies in Tamil Nadu, Uttar Pradesh and Chhattisgarh

Drone startup Garuda Aerospace has secured an undisclosed amount in a Pre-Series A funding round led by Ocgrow Ventures. A few super angels from the global investment banking circles also participated in the round.

The Chennai-based startup is also gearing up for a larger funding round scheduled in June this year, sources close to the startup told ANI. It is likely to raise about $30 Mn capital in the round.

Founded in 2015 by Agnishwar Jayaprakash, Garuda Aerospace is a drone-as-a-service (DaaS) startup that designs, builds, and customises drones for multiple-use applications.

The startup has received orders for more than 8,000 drones from countries including Malaysia, Panama, and UAE, he added.

After Prime Minister Narendra Modi launched ‘Make in India’ drone manufacturing facilities in February 2022, the homegrown startup has been flooded with orders, said Jayaprakash, founder and CEO of Garuda Aerospace.

Modi in February virtually launched 100 agricultural drones across the country, which carried out farm operations in unique simultaneous flights. These drones were manufactured by Garuda Aerospace. According to the PM’s tweet, the startup informed Modi that it would manufacture 100,000 drones in the next two years.

Garuda’s drones have also been deployed in several disaster rescue operations in the country. In 2020, its drones carried out sanitisation operations in Prime Minister Narendra Modi’s electoral constituency Varanasi.

It is noteworthy to mention here that foodtech unicorn Swiggy last month partnered with Garuda Aerospace for drone grocery delivery trials in Bengaluru and Delhi NCR after evaluating 345 other drone startups, Swiggy said in a blogpost.

In December 2021, Swiggy and ANRA Technologies jointly conducted more than 300 drone-led deliveries of food and medicines across the country.

The development comes after ISRO officials heard about Garuda Aerospace’s drones being used to deliver medicines to Bengaluru’s hospitals. Three ‘White Knight’ drones, manufactured by Garuda Aerospace, were deployed in the trials.

Garuda Aerospace shot to prominence in the past few years, having perfected the DaaS model and is currently engaged in long-term contracts with Survey of India, National Highways Authority of India, NTPC Limited, Indian Oil Corporation Limited, Godrej, Vedanta, Indian Council Of Agricultural Research, among others.

The central government has carried a series of reforms to make India a global drone hub by 2030. This includes the liberalised Drone Rules, 2021; publishing of Drone Airspace Map 2021 that opens about 90% of Indian airspace as a green zone, UAS Traffic Management policy framework 2021; Drone Certification Scheme 2022 that makes it easier for drone manufacturers to obtain a certificate; Drone Import Policy, 2022 that bans import of drones; and the Drone (Amendment) Rules, 2022 that abolishes the requirement of a drone pilot license for drone operations.

India, with about 180 operational drone startups, is still a small player in the drone segment as compared to the US, China and Israel in the international market.

Being a security sensitive sector, drone startups need to apply for more than half-a-dozen certificates and permits, including ones for security, insurance and landowner’s permission, for starting its manufacturing facility and services in the country, pointed out an Inc42 report. The applicant also needs to pay a variety of specific fees that adds to the burden.