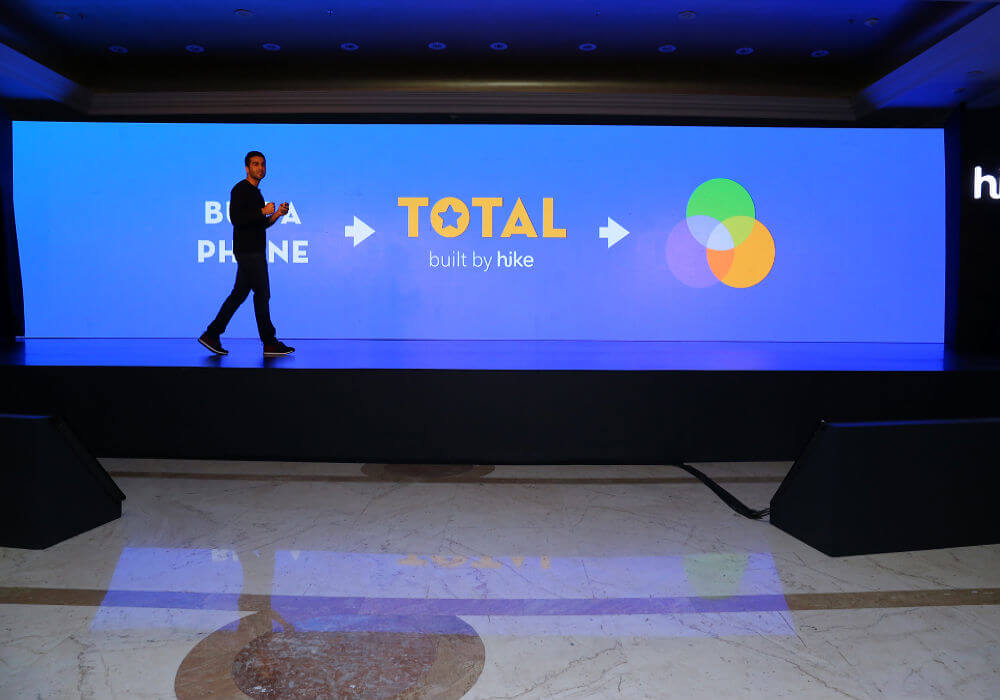 Radicalising the way of conversing in India, Hike has now introduced its new product ‘Total’, in order to provide a refined, data-less way of staying in touch for Indians.

‘Total’ is a refined version of Android targeted at the next billion people. ‘Total’ lets users access essential services such as Messaging, News, Recharge and more even without an active data connection and paves the way for them to get on Data by providing packs at as low as INR 1.

Kavin Bharti Mittal, Founder, and CEO, Hike said, “For the next billion true mobile-first users, coming online can still be quite complicated and intimidating. Our goal is to bring India online and online means data so we’ve also made it extremely simple to buy data packs right contextually inside the OS itself.”

The services in Total have four basic ideas:

Hike believes that the ‘Total’ services propel digital inclusion and furthers the national agenda of financial inclusion as well as socio-economic progress.

Hike: Working Aggressively To Gain An Edge Over Global Competitors

Hike, founded in 2012 by Kavin Bharti Mittal, was the first messaging and social technology company made in India. With the introduction of its stickers, themes, privacy etc, Hike has been changing the ways of messaging in the country.

For its more than 100 million users, Hike also launched Wallet facility in June 2017. Hike 5.0 version which was launched with Wallet had a new design and 128-bit SSL encryption. The new features include ‘Multiple likes’, ‘Magic Selfie’ option to edit pictures within the Hike App on the click of a button, ‘text to stickers’ in four fonts that work with local languages and also new themes.

In the digital messaging foray, Facebook-owned WhatsApp has been the arch-rival of Hike Messenger. Both the companies have been trying to entice customers with their wide range of services. WhatsApp’s copy of Instagram’s 24-hour-story caused much excitement in the users and is being widely used.

WhatsApp has crossed 200 Mn monthly active users in India, with about 1.2 Bn active users across the globe. On the contrary, Hike reported 10 Mn financial transactions in November 2017 on a 100% month-on-month growth. Hike meanwhile has clocked more than 10 Mn downloads on Google Play Store.

Also, there are other global players like Google which launched its app Tez last year to enter digital payments market in India. The other competition for Hike comes from PayTm which has around 220 Mn users, a widely popular digital payment app and the recently launched chat app Paytm Inbox.

In the fast developing market for app messaging services, the companies have been bringing their innovations to their customers’ lap. With the latest revival of Hike without internet, it would be exciting to see what the rival companies come up further.