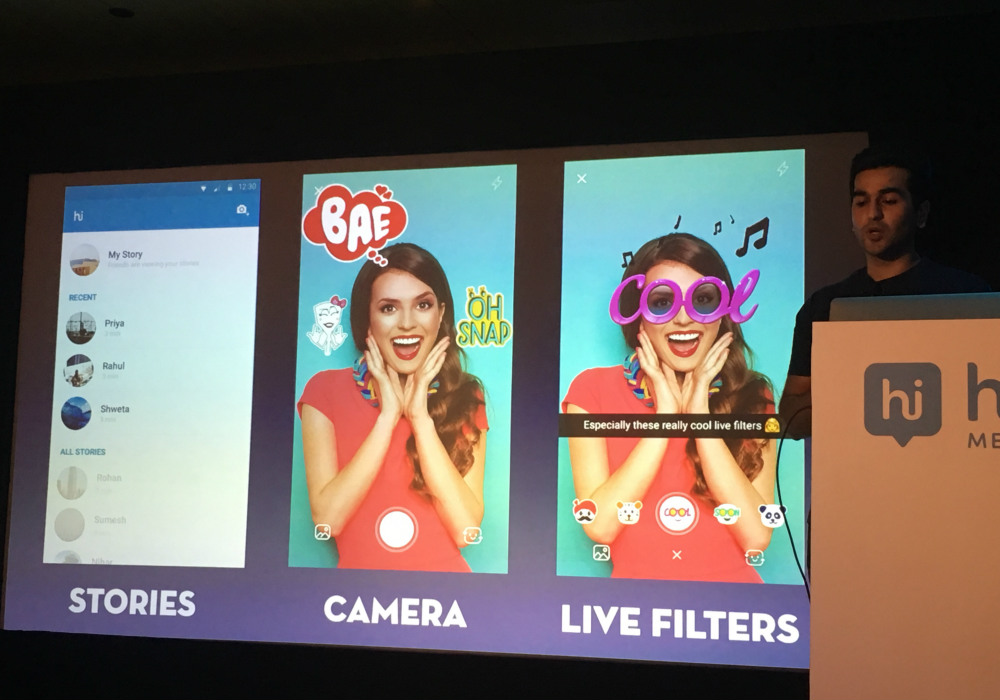 The Timeline format on Hike has been replaced by Snapchat-like ‘Stories’ feature which allows users to share their lives and real moments with their friends through photos. These updates will vanish 48 hours after being posted. A user who posts a ‘Story’ can see who viewed that particular story.

Hike has also integrated an in-app camera to the platform. In addition to that, it announced ‘Live Filters’, a feature that uses Hike’s new camera to automatically detect and recognise a user’s face using machine learning and allows people to decorate their faces in photos.

Hike founder Kavin Bharti Mittal further added, “What makes Stories a lot of fun is the new Camera and the Live Filters built on top of it. I really believe that Camera is the new keyboard. It is the most natural way for humans to communicate and express themselves. What’s really interesting about this new update is that we’re now charting into the realm of Augmented Reality where we’re going from “Smartphones with Cameras” that just take photos, to “Smartphones with Eyes” that can see. That’s an incredible thought. Live Filters is just the beginning and we’re sure Hikers are going to have a tonne of fun using them.”

On being asked about what sets these features apart from the likes on Snapchat and Instagram, Mittal said it is the India-focussed content and filters. The new update has a filter that changes users’ face to Prime Minister, Narendra Modi. He mentioned that about 300 Mn stickers are exchanged on Hike everyday. He also attributed the introduction on these new features to the changing mobile-Internet consumption pattern in the country. According to the data available with Hike, over 30% on its users are already using 4G data.

Currently Hike has 12 Live Filters available at launch – ranging from a cool Black and White Sunglasses, to a Turban and a Moustache, etc. As per a company statement, it plans to update these filters on a weekly basis.

Launched in December 2012, Hike has acquired 100 Mn users and transacts over 40 Bn messages per month with an average time of 120 mins spent, per user per week on the platform. The app is available on Android, iOS, Windows and Blackberry platforms. Founder Kavin Mittal in an interaction with the media at the launch said that Hike is driven by the youth and more 95% users on its platform are in the age group of 15-24 years of age.

In August this, year Hike raised $175 Mn in Series D round of funding, at a valuation of $1.4 Bn. The investment was led by Tencent Holdings and Foxconn Technology Group.

Existing investors Tiger Global, Bharti, and Softbank Group also participated in this round. The round took the total funding raised by Hike to date to $250 Mn.

Tencent had introduced WeChat in the Indian market in 2013. The messenger did not get the desired traction. Mittal refused the possibilities of any synergies in the future. However, he mentioned that the team at Hike spent a week in China earlier this year with the Tencent QQ team to gather insights about the chat platform. Tencent QQ or QQ, is an instant messaging software service developed by a Chinese company named Tencent Holdings Limited.

Stories, the all new Camera and Live Filters update on Hike will be available to all users by Sunday, November 20, 2016. The update is being rolled out across Android and iOS.