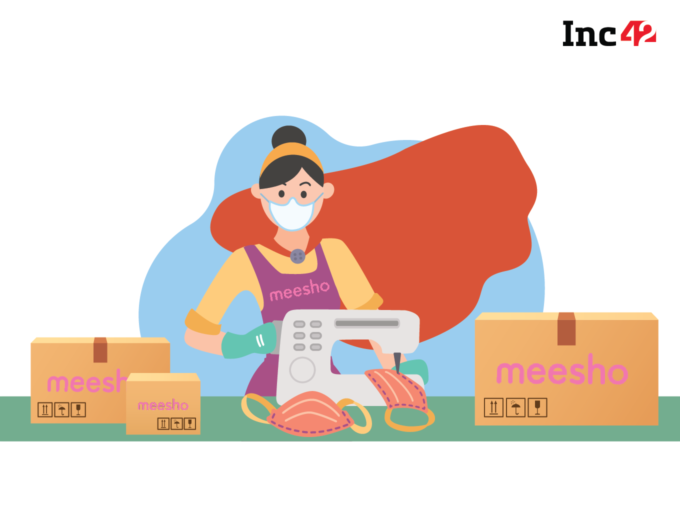 The FIR, which has been accessed by Inc42, names both founders as respondents and was filed under Section 406 of the Indian Penal Code (IPC) which deals with criminal breach of trust.

According to the complainant Kunwar Vivek Singh who resides in Lucknow, Meesho had allegedly shipped two fake products after he had placed an order on the social commerce marketplace. The products on the marketplace are listed by independent resellers. The complaint alleges that the quality of goods was found to be subpar which raised doubts about the authenticity of the Rolex and GUCCI-branded products.

He then sought advice from other retailers in his city, who allegedly helped him confirm that the products were forgeries or counterfeit. Subsequently, he filed a police complaint. Although the FIR is filed outside the limits of Bengaluru city, where Meesho is headquartered, it is unclear whether the Bengaluru police have been alerted. The FIR document, however, states that an investigation officer has already been assigned to the case.

Responding to Inc42’s queries, a Meesho spokesperson said that it is yet to receive a copy of the FIR.

The Meesho model involves a network of independent resellers who aggregate certain category of products from a network of wholesalers. Resellers are free to set the price for a product within a range to attract more buyers, which is one of the USPs of the social commerce model. Meesho takes a commission from each successful order sold by a reseller within their network. The spokesperson added that the online marketplace has over 60K small manufacturers and wholesalers.

The development was first reported by Entrackr yesterday.

It is important to note that the allegations against Meesho come just days after a public interest litigation (PIL) was filed against it in Delhi High Court on January 23, 2021 for violating the new ecommerce packaging norms.

This isn’t the first instance of ecommerce marketplaces struggling to keep sales of fake and forged goods under check. In the recent past, giants such as Flipkart, Amazon, and Snapdeal have been under regulatory, and legal scrutiny for failing to keep sales of fake goods under check. In most cases, ecommerce companies maintain that since they are an online marketplace akin to an open market with thousands of retailers, keeping a check over sales of fake/forged goods is not always possible.

Most recently, United States Trade Representative (USTR) blacklisted Snapdeal for allegedly selling counterfeit products on its platform. However, Snapdeal dismissed the USTR move stating it shows an ‘incorrect understanding of the practices and the laws’ applicable to the India market. It said that USTR failed to understand the difference between marketplaces and independent retailing, citing India law which does not hold marketplaces responsible for the action or damage caused by vendors.

Mukesh Ambani-led grocery delivery platform JioMart was also a victim of fake websites which fraudulently sought franchises in its name. Reliance alerted traders and initiated legal proceedings against those misusing the brand name.

Recently Inc42 highlighted the rising incidents of fraud and fake goods on ecommerce sites and marketplaces particularly around D2C brands that are not yet well established. These products are promoted via social media ads on Facebook, Instagram and Twitter and often unsuspecting users are the ones caught in the trap. These fake web portals were found to be scamming users by selling low-quality products under generic D2C brand labels at high discounts.

Apart from this, Chinese ecommerce platform Club Factory (currently banned in India) was said to be a hub for sales of counterfeit products, including Nike, Oakley and other international brands. The company was also accused of having fake sellers, violating custom duty taxes and other norms.