The company is also looking to expand its services to other categories like fashion, electronics

The Indian online grocery delivery is estimated to bag $3 Bn in sales in 2020, reveals Forrester Research 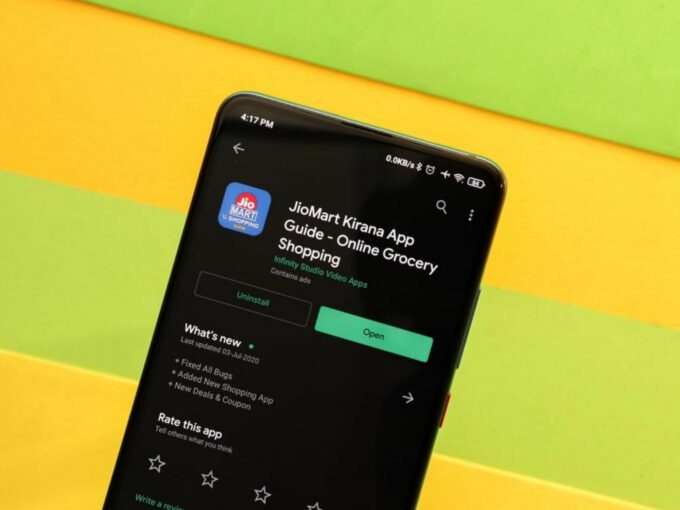 Reliance Retail-owned grocery delivery platform JioMart has warned users against fake websites that are fraudulently seeking franchisees in its name. The Mukesh Ambani-led company has informed that it wasn’t operating any dealership or franchisee model, or hired any franchise or agent to do so.

The company also noted that they do not charge any amount under the pretense of appointing a person as franchisee. “The public, manufacturers, traders, and dealers are hereby cautioned against such unscrupulous individuals and their online fraud activities; and are hereby warned that we will not be responsible for any business dealing with such dishonest individuals,” the company said in a notice.

JioMart has also warned of initiating legal proceedings against those misusing its brand to protect its “goodwill and reputations”.

JioMart started its operations in December 2019 from Navi Mumbai, Kalyan and Thane in Mumbai, but was expanded to 200 cities in May. The company had also made its debut on Facebook-owned WhatsApp to allow its customers in three pilot cities to place orders through the instant messaging app. Facebook had spoken about the partnership on April 22, while officially announcing its $5.7 Bn investment in Reliance’s digital service umbrella company Jio Platforms.

Speaking at Reliance’s annual general meet in July, its chairperson and managing director had claimed that JioMart was delivering 2.50 Lakh orders daily. Looking at this growth, Reliance Retail has decided to pit JioMart against Amazon and Flipkart by expanding its product offerings to electronics, fashion, pharmaceuticals and healthcare items. For its pharmaceutical venture, the company has also acquired epharmacy startup Netmeds.

However, for now, the platform was dealing with fruits and vegetables, dairy and bakery, staples, snacks and branded food, personal care products, home care and baby care products. Isha Ambani, during Reliance AGM, announced that JioMart was built on two fundamental pillars. First, to create a powerful omnichannel tech-platform to unite customers, kiranas and producers. Second, to have a physical network of Reliance Retail that takes the benefits of new commerce to every corner.

According to US-based market research company Forrester Research, the Indian online grocery delivery will clock $3 Bn in sales by the end of the year. This would represent a 76% hike compared to $1.7 Bn last year. Meanwhile, the ecommerce segment is expected to grow by 6%, amounting to $35.5 Bn this year. However, compared to last year, the firm would also seek a hike of $2 Bn.