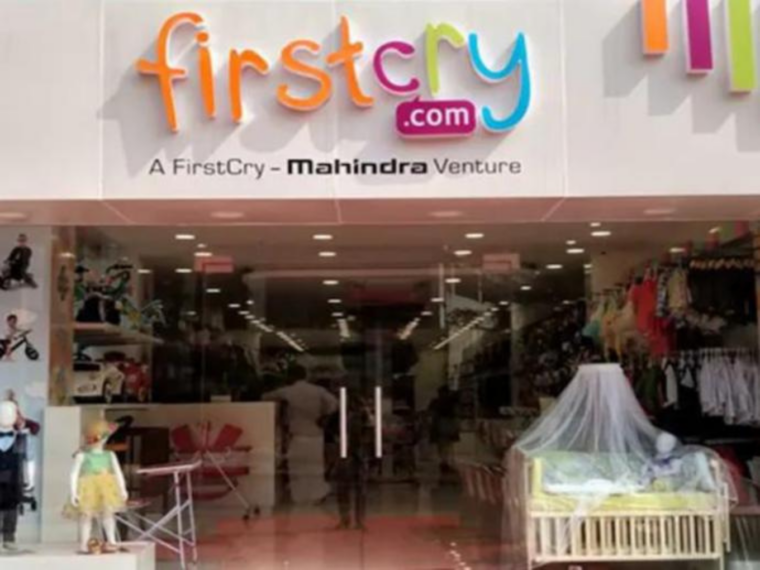 The company said that the actual number of shares of Brainbees to be divested will be decided by the company later.

Mahindra Retail also said that the selling price of each share will be fixed based on the determined issue size of the IPO and in consultation with Brainbees and other stakeholders.

As of March 2021, Mahindra Retail owned 10.48% in FirstCry while another subsidiary Mahindra Engineering and Chemical Products held 3.11% in the startup as preference shares.

Mahindra Retail has received board approval to sell up to 2% of its stake in BrainBees, the parent company of marketplace FirstCry, via an Offer For Sale (OFS) as part of share sale during the startup’s IPO.

In a regulatory filing, Mahindra & Mahindra (M&M) said, “The Strategic Investment Committee of the Board of Directors of the M&M today considered and accorded its approval to divest up to 94,46,156 (94.46 lakh) Equity Shares of Rs 2 each representing up to 2%…of Brainbees Solutions Private Limited (BrainBees) on a fully diluted basis, by way of Offer for Sale of Equity Shares as part of the proposed IPO of BrainBees.”

The company also said that the actual number of shares of Brainbees to be divested will be decided by the company later. M&M further added that the selling price of each share will be fixed based on the determined issue size of the IPO, in consultation with Brainbees and other stakeholders.

As of March 2021, Mahindra Retail owned 10.48% in FirstCry, while another subsidiary Mahindra Engineering and Chemical Products, held 3.11% in the startup as preference shares.

Back in 2015, Mahindra Group acquired BabyOye and merged it with FirstCry. During that merger, Mahindra Retail had picked up a minority stake in BrainBees.

FirstCry was founded in 2010 by Supam Maheshwari and Amitava Saha. The ecommerce unicorn offers different categories of baby and kids products from clothing to other essentials.

It is backed by marquee names such as SoftBank, IDG Ventures, Valiant Capital Partners and New Enterprise Associates. The ecommerce unicorn has so far raised $741.4 Mn in funding rounds over the years.

The development comes barely a week after the IPO-bound ecommerce unicorn’s board passed a resolution to convert the entity from private to public. The ecommerce unicorn is likely to file its draft red herring prospectus (DRHP) next month for a $1 Bn IPO.

FirstCry will join a host of startups in the ecommerce space that is looking at  public listing. Audio major boAt is likely to get listed on the Indian bourses while ecommerce startups such as Flipkart and Snapdeal are also looking to go the IPO way. In November last year, ecommerce player Nykaa too had gone public to an overwhelming response from investors.

Additionally, the current market temperament has spooked investors and executives alike. This comes at a time of major upheaval. RBI’s decision to hike repo rates on April 4 sent shockwaves across the market wiping off INR 6.27 Lakh Cr worth of investor wealth. Add to that, tech stocks such as Zomato have tanked by more than 25% in the last one month. Globally, inclement conditions such as the ongoing US-Russia standoff over Ukraine and market corrections have left the tech market volatile.

In the kids and infant category, FirstCry competes with a slew of brands, including Hopscotch, BabyMori, Shumee and Kids Stop Press among others.