Zomato Stock At An All-Time Low; INR 88K Cr Wiped Off In 6 Months

Zomato Stock At An All-Time Low; INR 88K Cr Wiped Off In 6 Months 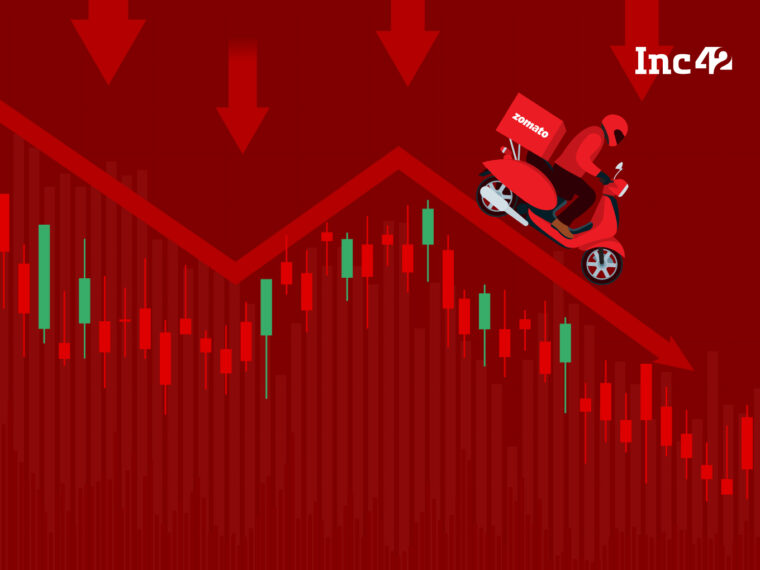 Zomato shares price has sunk to the below INR 60-mark on Friday, hitting an all-time low of INR 57.95

On Friday, Zomato’s market capitalisation dwindled down to INR 44,724 Cr, its lowest since listing

The food delivery giant has, since its peak in November 2021, managed to wipe off more than INR 88,000 Cr off its peak m-cap

Zomato has seen nearly two-thirds of investors’ wealth wiped out since its peak in November 2021, eroding more than INR 88,000 Cr from its market cap at the peak. 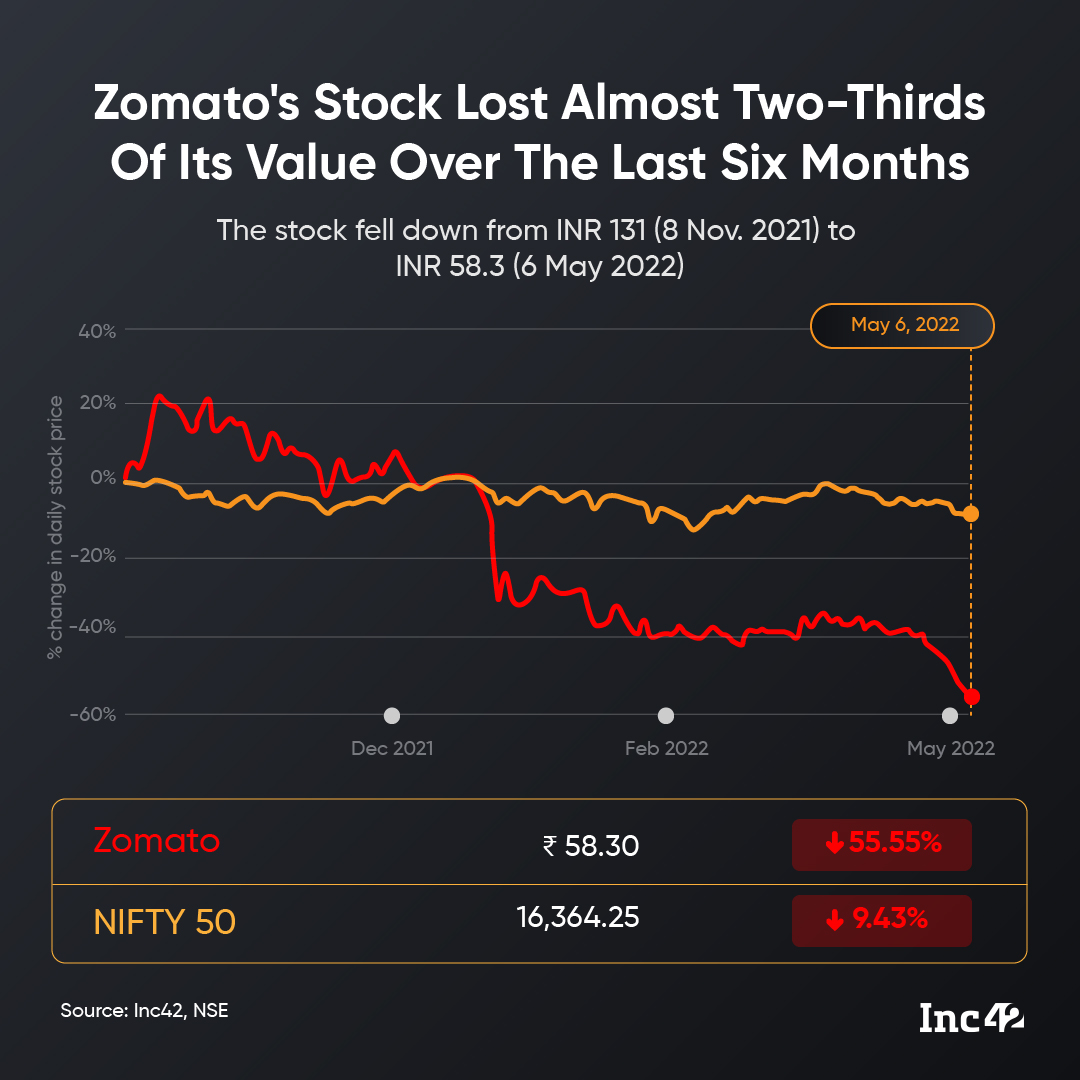 Zomato made a stellar stock market debut on July 14 last year, opening at a 53% premium over its IPO price and clinching a market capitalisation of INR 1 Lakh Cr.

The overwhelming response to the IPO had reaffirmed the appetite of investors for the new-age tech startups in the country. The momentum kept strengthening and Zomato shares reached their all-time high of INR 160.30 on November 15, 2021.

However, the stock started seeing a gradual fall after it, ending at INR 137.45 at the end of 2021. Since then, the startup’s shares have continued to fall. The share price had stabilised somewhat since March, hovering in the range of INR 80-82. However, the downward trend starting in late April has since taken the share price to the 60s.

As the shares started declining significantly in January, Zomato CEO Deepinder Goyal said in a note to its employees, “This is the thing about stock markets and public companies – valuations can swing massively without any change in the fundamentals of the business depending on macro-economic factors like inflation, interest rates etc … we had no control on our valuation going up from $8 Bn in the IPO to $17 Bn at our peak, and vice versa now…”

While there was major volatility in the stock since the beginning of the year, Zomato shares have continued their losing streak since April 4, after CCI ordered a probe against it over unfair pricing practices.

CCI said last month, “The Commission is of the view that there exists a prima facie case with respect to some of the conduct of Zomato and Swiggy, which requires an investigation by the Director-General (DG), to determine whether the conduct of platforms have resulted in contravention of the provisions of Section 3(1) of the Act read with Section 3(4) thereof.”

According to the latest report, the CCI is also tweaking the interpretation of the ‘relevant market’ for the digital players, which is also leading to investigations against several tech companies including Zomato.