LetsVenture To Explore Trends In Angel Investing, Collaboration Between Startups And Governments At LetsIgnite New Delhi

LetsVenture To Explore Trends In Angel Investing, Collaboration Between Startups And Governments At LetsIgnite New Delhi

To Be Held On February 14, The Fifth Edition Of LetsIgnite Will Be Attended By Angel Investors, VCs, Corporates And Influencers 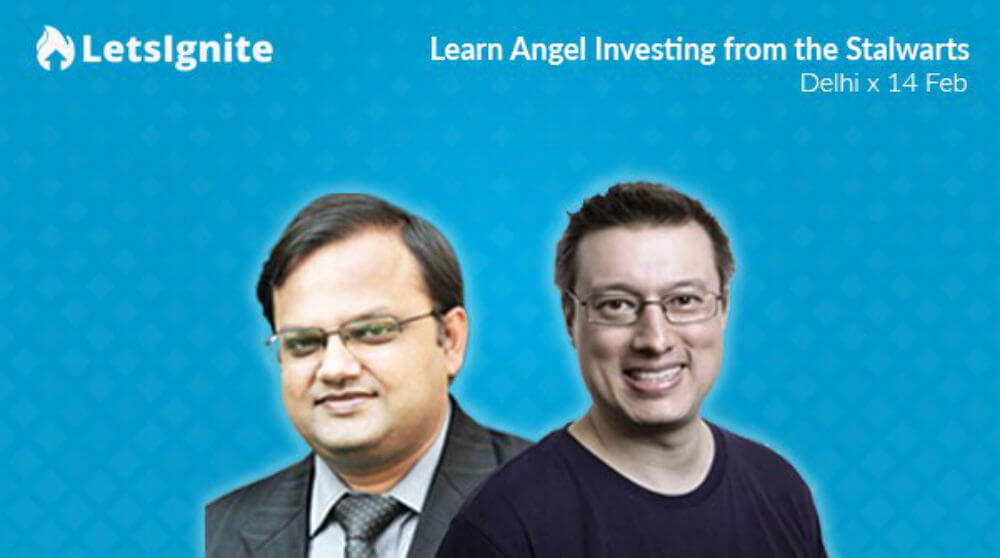 LetsVenture is all set to host the fifth iteration of its flagship event, LetsIgnite, in New Delhi on February 14. Bringing together prolific angels, VCs, government, ecosystem influencers, corporates and family offices, the event aims to initiate fresh discourse on angel investing trends in the startup ecosystem.

The central theme of LetsIgnite Delhi is ‘Beyond Boundaries’, which means going beyond the traditional and geographical boundaries of investing. Staying true to this theme, for the Delhi edition, LetsVenture is inviting consulates from different countries and delegates from other state governments to share their outlook on trends and opportunities in their startup ecosystem.

State governments will be emphasising on policies and frameworks within their states conducive to startup investing. They will also do a ‘reverse pitch’ on what the government is doing to make things easier and attractive for both investors to invest into startups and startups to do business here.

The event will also host its most sorted after Angel Investing masterclass and will see conversations around trending topics such as Blockchain. Marquee angels, ecosystem influencers, decision & policy makers, corporates and family offices are expected to be on the panels during the event.

Founded in 2013 by Shanti Mohan and Sanjay Jha, LetsVenture has facilitated funding for over 141 startups till date, amounting to a total of over $53 Mn. The online fundraising platform backed by the likes of Nandan Nilekani, Ratan Tata and TV Mohandas Pai currently boasts of more than 7,500+ connections and 3,000+ investors.

LetsIgnite was started by LetsVenture in 2015 for investors to meet like-minded peers and policymakers, interact with pre-screened, cutting-edge startups and be a part of a community that will drive the investment fraternity ahead.

The last edition of LetsIgnite, held in December last year, revolved around the trending themes of Agritech and India 2.

The New Delhi event will kick off with an “Angel Investing Workshop” led by Rajul Garg, founder of Leo Capital and William Bao Bean, Ex-President of SoftBank, followed by a keynote speech by Amitabh Kant, CEO, NITI Aayog.

We see quality of founders substantially better today, along with entry prices for angel investors much more conducive to how the ecosystem can deliver on exist.. So,  I would marke 2018 as the beginning of much better startups being founded and invested into, in the next 5-10 years. This is probably the right time to also start actively angel investing, Shanti added.

The event this time wants to stress on the government’s overall role in building the startup ecosystem further in India and how startups and state governments can collaborate fruitfully. Consequently, the keynote speech by Amitabh Kant, CEO, NITI Aayog will be an eye opener on this count.

Exploring the topic further, a panel discussion will feature Paula Mariwala of Stanford Angels & Entrepreneurs India, wherein consulates will share their outlook on the trends and opportunities in their respective startup ecosystems.

With the advent of and push from Startup India, most of the state governments like Karnataka, Telangana, Kerala, Madhya Pradesh, UP, Gujarat and Delhi are becoming increasingly active in terms of subsidising co-working spaces, with grants being doled out to startups and new sector specific initiatives like BlockChain and IoT being started by some of them.

Recently it was reported that following in the footsteps of Telangana, Andhra Pradesh and Karnataka, Maharashtra now looks forward to adopting blockchain in e-governance.

There are state specific funds and accelerators being set up to help startups during their first and second stages of funding. LetsVenture expects a lot of other state governments to follow the suit and make it easier for startups to develop products and reduce costs. In this direction, there will also be an interesting reverse pitch session, wherein state governments will reverse pitch on why angels need to invest in their startups.

The event will also feature a fireside chat between Ramesh Abhishek, Secretary, DIPP and Nandini Mansinghka, Chairperson, Mumbai Angels. Ramesh Abhishek will answer questions around DIPP and the government’s overall role in building the Indian startup ecosystem further. The event will also see him shedding light on the changes that are being implemented after the FM’s mention of angel investors in the budget 2018, especially the solution to the “angel tax” and the government’s steps in that direction.

As an added relief for startups, the Income Tax department has stayed the recovery proceedings of angel tax levied on companies that are recognised as startups by the Department of Policy and Promotion (DIPP). The development comes just a day after the DIPP extended tax exemptions to startups founded before 2016 and with up to $1.56 Mn (INR 10 Cr) in angel funding.

One of the panel discussions will focus on the trending topic of Blockchain and will feature Aditya Dev Sood, Serial Social Entrepreneur; Ashwarya Singh, CEO and co-founder of Drivezy and Nao Murakami of Incubate Fund India.

Shanti Mohan stated, “Blockchain is a game changer in typical use cases in banking, decentralized exchange themselves for cryptos, land records, supply chain and financing and logistics. These are the five cases we think that are plausible in blockchain and which lot of partners along with us are looking at.”

In this regard, the platform is also planning to organise knowledge sessions with influential investors who have invested in companies utilising blockchain.

The closing note of the day will be delivered by Sanjeev Bikhchandani of Info Edge.

Thus once again, through this fifth iteration of the LetsIgnite event, LetsVenture will enable angel investors to participate in conversations around stepping outside the traditional norms and discovering startups of the future.