The Chief Minister NC Naidu Unveils A Host Of Initiatives Including Blockchain Accelerators, Blockchain Forum And Centre Of Excellence 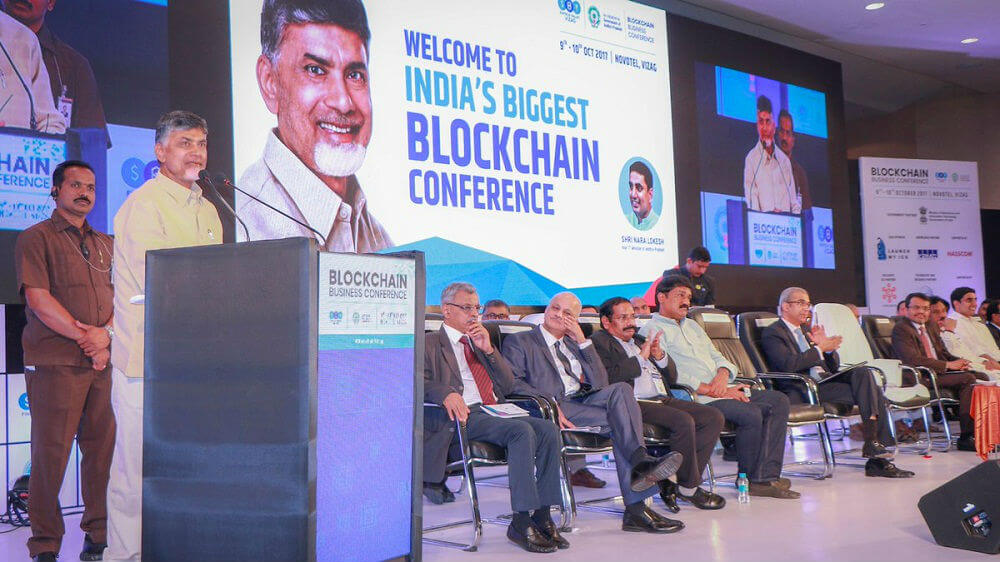 At the inauguration, CM Naidu also announced that the state government will soon deploy blockchain technology in road transport and land registries, as part of its e-governance policy. The Chief Minister said,

“With establishing Fintech Valley at Vizag and real-time e-governance, it is the right time for the experts, entrepreneurs and investors to converge their outputs. This will do wonders, a win-win situation for all.”

Developed by the Bitcoin cryptocurrency founder Satoshi Nakamoto (pseudonym), blockchain technology was earlier limited to a node-to-node distributed transactional ledger for the cryptocurrencies. However, owing to the unparalleled transparency, safety and security it offers, the technology soon became an apt platform for coders, developers and analysts to redefine the processing of the real-time data across the verticals.

Nara Lokesh, Minister of IT, Andhra Pradesh said, “In recent years, we have seen new business models in different sectors questioning the established way of doing businesses. Blockchain technology is the disruptive platform that will provide a new model of doing businesses across the verticals.”

Speaking about the accelerators launched by ICICI Bank and Mahindra Finance at Fintech Valley, Nara said they have committed to incubate 30 tech startups in next two years. He also informed the media that the US-based $6.6 Bn fintech company Conduent will create 5000 jobs in the state, out of which 2000 jobs will be in core fintech R&D. However, the company hasn’t made any claims regarding the investment figures in the state.

The Andhra government has also partnered with NASSCOM, banks like SBI, ICICI and Mahindra Finance to help incubate startups and mentor them to guide to the success. “Along with IoT and AI, blockchain is yet another technology that holds huge potential in India. As technology and ecosystem enabler, we help startups to reach the global arena,” said R Chandrasekhar, NASSCOM’s President.

CM Naidu claimed that nine companies have already arrived at the Fintech Valley, Vizag, and several more were keen on setting up centres here. The state was building up the largest repository of use cases in the field and it would be of immense help to those working in the field. The Chief Minister along with the IT Minister also held a roundtable meeting with fintech entrepreneurs. 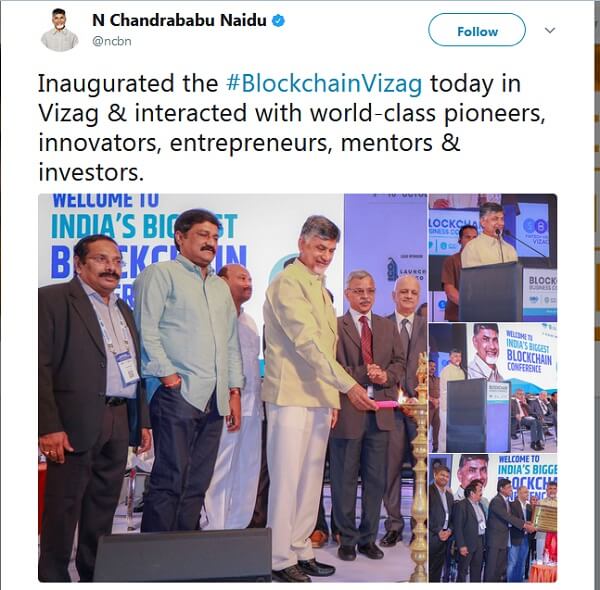 On the sidelines of the blockchain conference, speaking to the reporters, Nara announced the state government’s partnership with US-headquartered fintech MNC Visa Inc to create cashless or less cash economy in Andhra Pradesh. This will be implemented in Vizag first, as part of pilot project. In phase one, the cashless and app-based transaction that uses Bharat QR codes will be introduced to pay the electricity bill, buy LPG cylinders, and ticket fares in buses.

Bill Gates of Microsoft would be visiting the state later this year, and the state government aims to partner with Gates Foundation while implementing IT and IoT in agriculture.

J A Chowdary, Special Chief Secretary & IT Advisor to the CM Naidu, “The government of Andhra Pradesh has taken a lead in the country by incorporating Fintech including blockchain, cybersecurity, AI/ML and analytics, as its key strategy in FY17. Today, we are clear that Blockchain is the technology of the future. As we continue our current roadmap , in the next five years, we want Visakhapatnam to be the next fintech capital of the world.”

Day one of the Vizag conference debated upon blockchain as a technology and platform at large, highlighting the key application areas where it could be used-: fintech/banking, land registry, agriculture, and insurance.