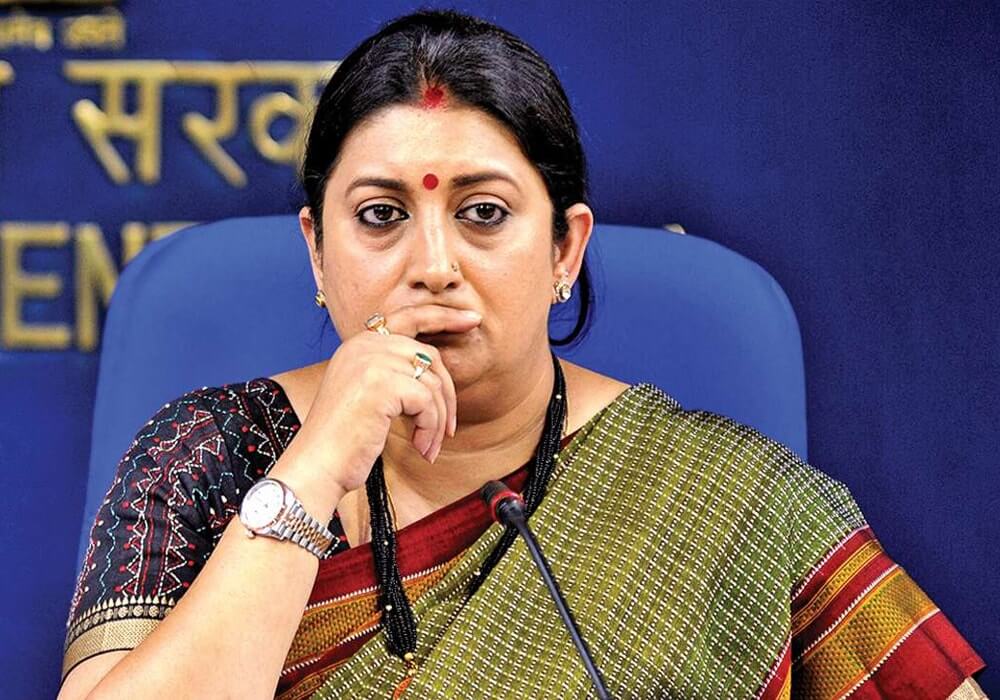 Reiterating the need of regulation in the digital media industry, information and broadcasting minister Smriti Zubin Irani said that with growing Internet users, India needs to put “laws, ethics, rules into place which help us balance out the industry so that we don’t have one dominant player who rules the roost.”

While addressing the 15th Asia Media Summit (AMS), Smriti reportedly said that the Indian media industry looked upon the digital world not only as a challenge but also as an opportunity.

The minister further said that in the next three years, India would have over 969 Mn internet users. She added that India is the fastest-growing advertising market and is expected to touch $10.59 Bn by the end of 2018; mobile spend is estimated to grow to $1.55 Bn in 2018.

The three-day media summit Telling Our Stories — Asia and More is being hosted by the information and broadcasting ministry jointly with the Indian Institute of Mass Communication (IIMC) and public sector firm Broadcast Engineering Consultants India Ltd (BECIL).

India Times Group managing director Vineet Jain said, “For the Indian media to realise its full potential, regulatory reforms were needed across the board to make it easier to do business, remove anomalies in the system and ensure a fair marketplace that benefited the consumer.”

Law and IT minister Ravi Shankar Prasad also added that the government prefers self-regulation in the media and that the media needs to understand that in a democracy everyone should be accountable.

Prasad revealed that the government has set up a committee headed by a former Supreme Court judge to recommend a legislative framework for data protection. There is a need to strike a balance between data availability, data utility, data anonymity, data innovation, and data privacy, he said.

The officials maintained that “the set of regulations has to come out first, after which the code of conduct for online news portals can be worked out. The committee is basically looking at how to go about it.”

At a time when fake news, particularly online, has become a pain point for people across the world, there is a lot of demand for digital media to be regulated.

Recently, The New York Times in an investigative report stated how Donald Trump’s consultants exploited the Facebook data of millions during his presidency. Lately, various researchers have pointed out how fake news, abuse, and misogyny are fast increasing and being circulated on social media.

Media organisations like The BBC and The Guardian have established teams to check facts on their publishing platforms, delaying the publishing of news by sometimes even a day until the content is verified.

While popular social media channels such as WhatsApp, Facebook, and Twitter having become a major source of spreading lies, biases and fake news, the companies have also been trying to update their privacy policies in the wake of the Facebook-Cambridge Analytica debacle.

With alternative facts being major election calls, the regulation of digital media, even though a huge restriction on the media industry, may be the only way of combating viral fake news as propaganda.