Last week Khatabook launched its Dukaan app, which has come out to be a replica of another app called Dukaan launched 2 months back

Khatabook’s has denied all these allegations, even though the company’s app store listing states otherwise 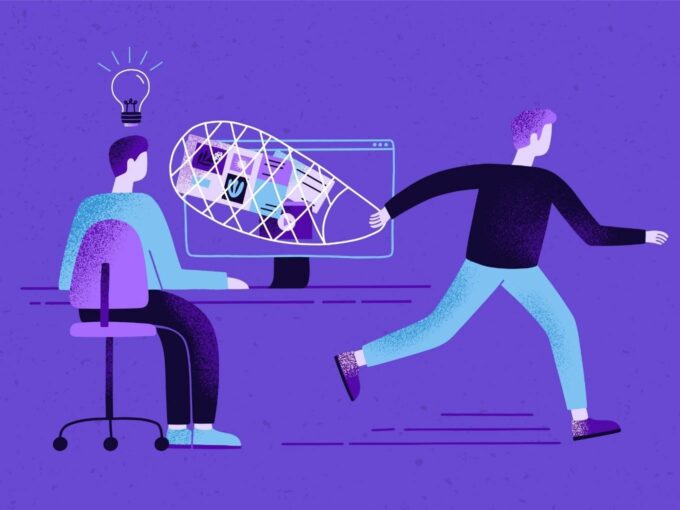 Update: After Inc42’s published this report, Khatabook updated its statement. The Sequoia-backed company now claims that it has outsourced the Dukaan app to Growthpond, who published the app under the garb of testing.

We followed up on the claims in ‘Khatabook-Dukaan Brawl Over Plagiarism Gets Messier, But Who’s To Blame?‘.

Bengaluru-based business ledger app Khatabook has most definitely made its mark on the Indian startup ecosystem by gaining a super high valuation of $300 Mn with nothing to show in the revenue column on the balance sheet.

Since its launch in 2018, the startup has managed to attract about $87 Mn in funding across three funding rounds from some of the biggest investors in the startup ecosystem including Sequoia Capital’s Surge, partners of DST Global, Falcon Edge Capital, Facebook cofounder Eduardo Saverin’s B Capital Group, Tencent Holdings, Better Capital, Cred founder Kunal Shah, Snapdeal cofounder Rohit Bansal among others.

Former Indian cricket team captain Mahendra Singh Dhoni is also an investor in Khatabook that aims to bring small and medium enterprises (SME) into the digital world. The company largely works on a model to create a loyal base of digitally-savvy sellers, who can later be lured into subscription-based monetisation or upselling. The startup claims to have close to 20 Mn (2 Cr) registered merchants using its services in nearly 11 languages.

Last week, the company’s latest catalogue maker for shop owners called ‘Dukaan by Khatabook’ made its debut on the Google Play Store and has already crossed 16K downloads in the first week. The app allows users to create an online store in 15 seconds and carry on their business online.

Dukaan by Khatabook seems to be simple to use for shopkeepers and has earned an average rating of 4.8 on the Play Store. But the big issue here is that there’s already an app called Dukaan which has been around since June 2020. Launched by GrowthPond (MyDukaan.io), the app which is also called Dukaan also promises that sellers can launch online stores in under a minute (30 seconds).

If the JioMeet-Zoom UI similarities were striking, this takes things to a whole new level.

From the colour palette of the UI to the layout, there are more than a few similarities between the two. A closer look at the photos on the Google Play Store shows that Khatabook has not even edit out MyDukaan.io’s URL from the screenshots it has updated on Google App Store. 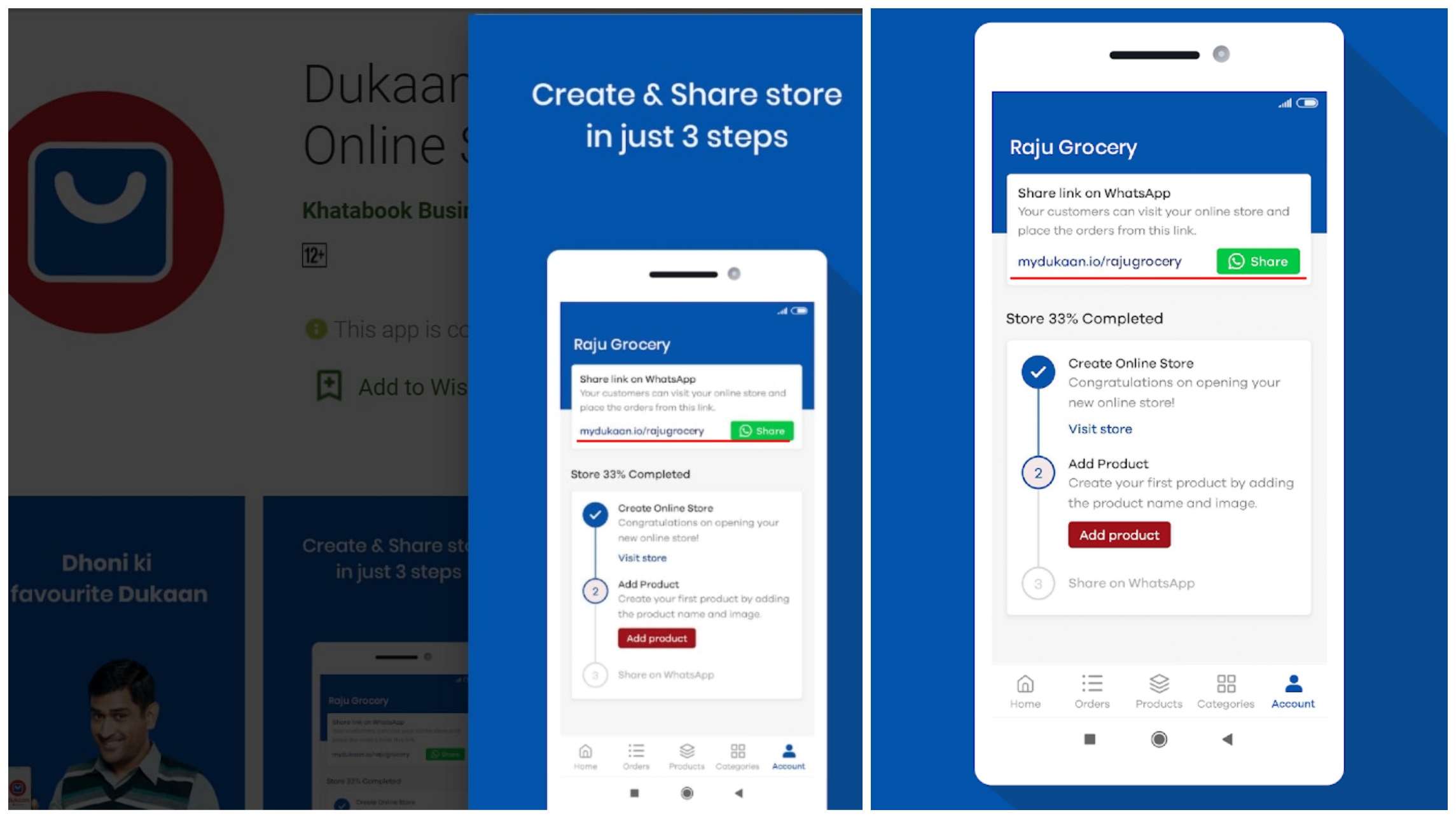 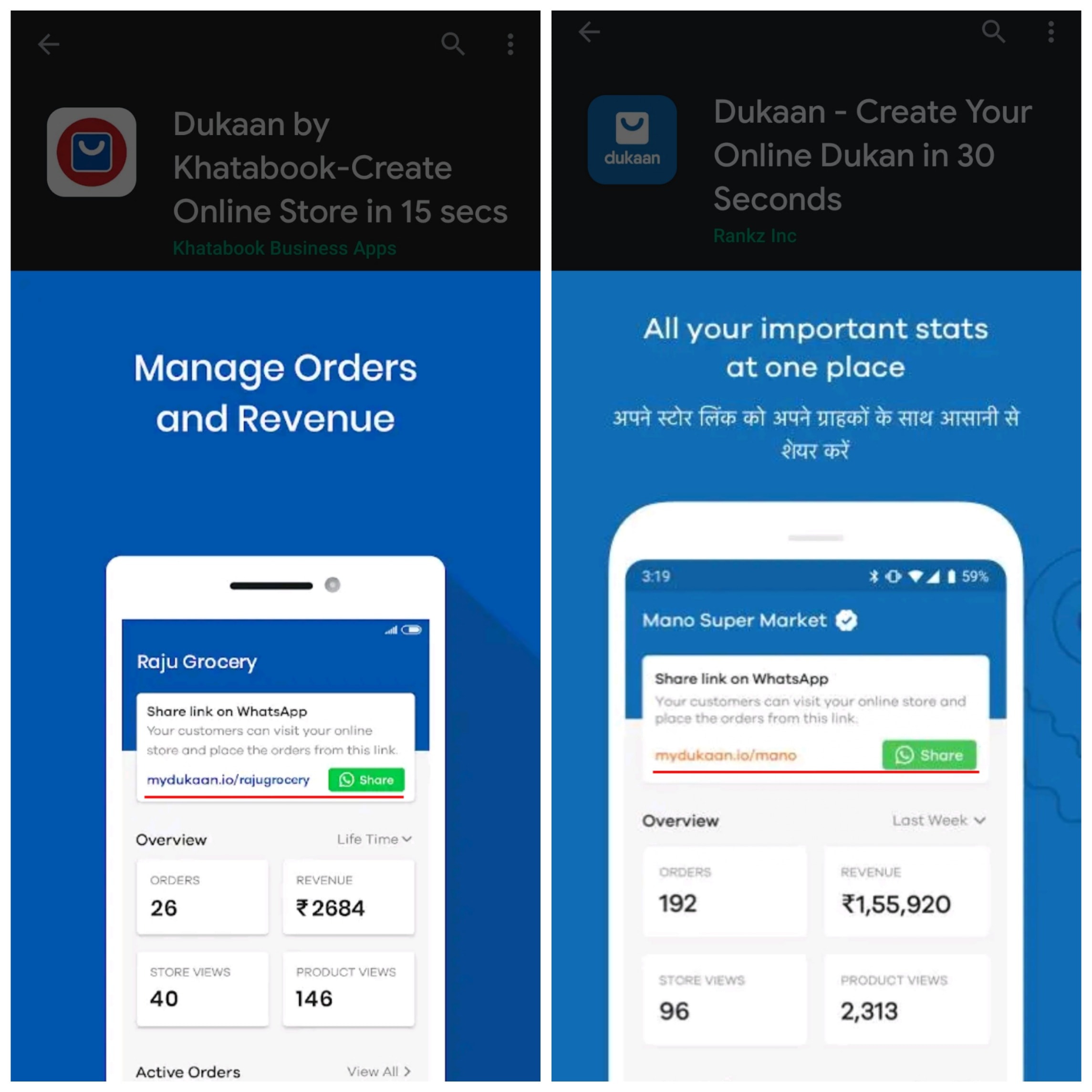 Besides this, the description of Dukaan by Khatabook is also very similar to GrowthPond’s MyDukaan.io app. Moreover, Dukaan By Khatabook logo icon is also little similar to the MyDukaan.io’s app icon too. 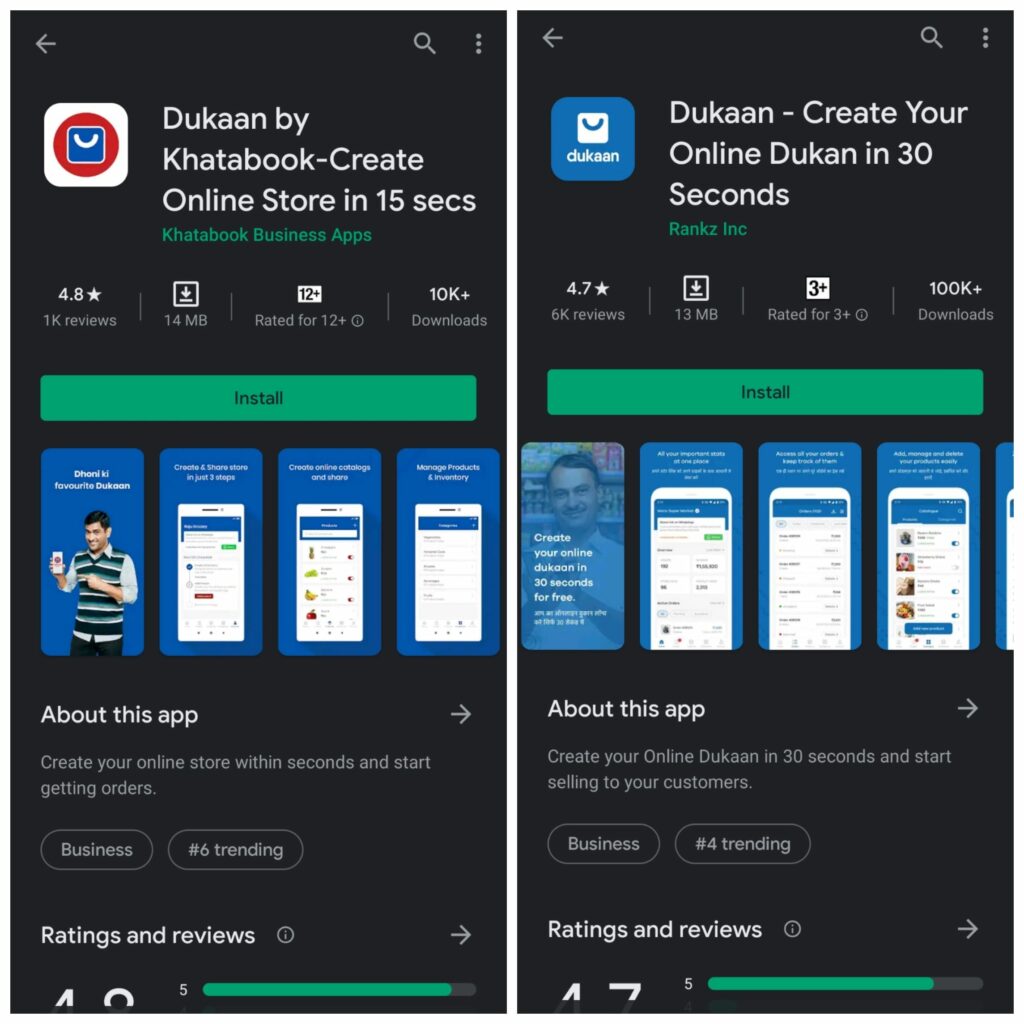 In a conversation with Inc42, GrowthPond founder Suumit Shah revealed that he has known Khatabook’s cofounder and CEO Ravish Naresh since their college. The two had been in touch and on friendly terms, and Shah even handled some growth marketing for Khatabook. Shah said that the two had frequent interactions.

Shah further alleged that not only was Naresh aware of GrowthPond’s app development, but he also knew about the traction it had received after launch. “Over the past 2 months, we have seen tremendous traction since publishing our app on Play Store on 9th June 2020. In this short time frame, we have signed up over 2.5 Lakh businesses, who digitised over 2 Mn products and have helped drive over INR 20 Cr in GMV,” the MyDukaan.io founder claimed.

However, Khatabook has emphasised that the information is factually incorrect and baseless, and the relationship shared by the two parties has been that of a client and a third party business relationship.

Two months after the launch of ‘Dukaan’, Khatabook went on to launch ‘Dukaan by Khatabook’ on Google Play Store on August 11. Shah said he reached out to Khatabook personally as well but did not receive any response. The legal notice accessed by Inc42 highlighted that GrowthPond had trademarked the name Dukaan, Dukan, MyDukaan, MyDukan and its variants.

In response to Inc42, Khatabook reiterated that Dukaan is a brainchild of Khatabook. “Khatabook denies all allegations made by Growthpond as false and baseless. Khatabook reserves its right to initiate appropriate legal action, both civil and criminal in nature, against Growthpond, Risemetrics (Rankz.inc)  and others associated with them.”

The statement further added Khatabook had engaged Growthpond and Risemetrics Inc, which has developed the Growthpond’s Dukaan app. The two companies were already consulting with Khatabook in the capacity of a digital marketing agency. 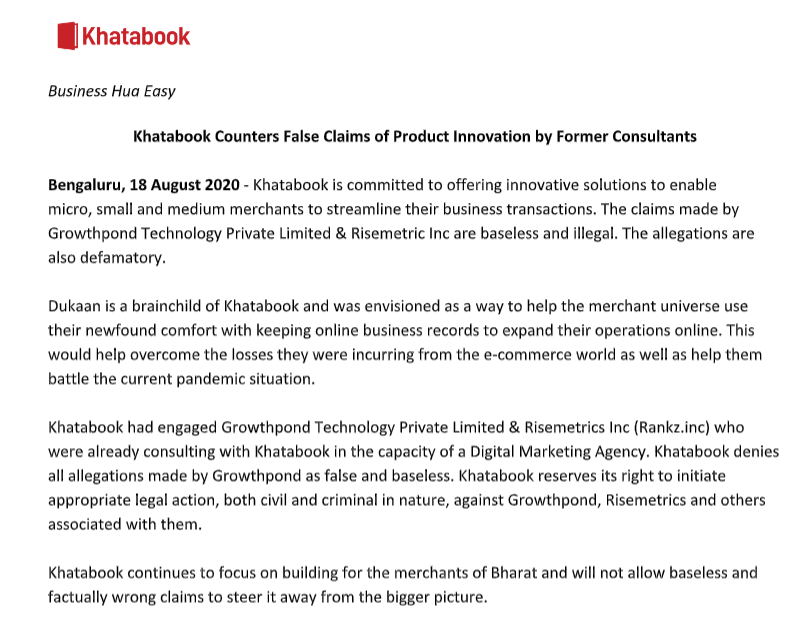 Sources close to the matter alleged that Khatabook had plagiarised user interfaces in the past too to create its existing applications, naming Sequoia Surge-backed Indonesian business ledger app BukuKas and Bengaluru-based staff management tool Pagarbook. Khatabook denied these allegations.

Khatabook is not the only company to be caught up in such allegations of data theft or plagiarism. India’s biggest SaaS unicorns Zoho Corp and Freshworks have been embroiled in a lawsuit in the US since earlier this year. This year alone, insurance tech Acko has made similar allegations against former employees who now run Onsurity Tech.

In the case of Khatabook launching a platform like Dukaan seems like a logical progression as the core focus of the startup is on small businesses and shop owners, but did it overlook the potential plagiarism risk given the need to rapidly launch the product?

After we published the story, a Khatabook spokesperson told Inc42, “Khatabook team had outsourced the development of the Dukaan application to Growthpond Technology Private Limited & Risemetrics Inc (Rankz.inc), who were already consulting with Khatabook in the capacity of a Digital Marketing Agency. Post-development and on the premise of testing it, the outsourced team published the app on the Playstore, using Khatabook’s proprietary data, in what we see as a clear case of intellectual property theft.”