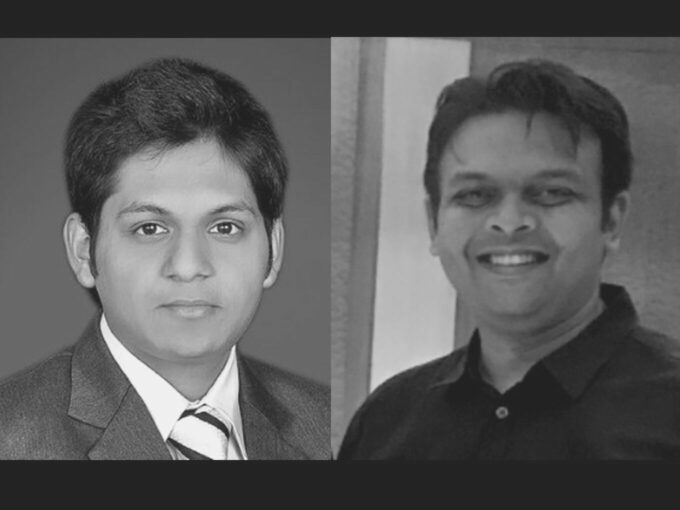 On Thursday (June 11), we published a story about the alleged IP theft by insurance tech startup Onsurity, founded by two ex-Acko employees, which was sued by Acko. Onsurity founders, Yogesh Agarwal and Kulin Shah are in the eye of the storm, but others have also been named in Acko’s FIR in Bengaluru. The same day as our report, a Kolkata court granted transit anticipatory bail for three of the accused — the family of Yogesh Agarwal, his wife and parents.

Onsurity founders Yogesh Agarwal and Kulin Shah had got anticipatory bail from a Bengaluru court on May 26. Both the court orders have been reviewed by Inc42.

Onsurity founders hadn’t responded to our queries on the matter in the original report. But they cleared the air as a response to Inc42’s investigation. Explaining the reason, Agarwal and Shah said that the matter was in court and they didn’t want to risk getting the judges angry and hence, decided to stay under the radar and away from the media till the anticipatory bail was finalised for the family members as well.

They emphasised that the case doesn’t have any ground and the story actually begins in 2017.

Yogesh Agarwal: From Acko To Onsurity

Agarwal told us that he left Acko as an employee in December 2017, but soon after started paid engagements as a consultant. Under his role, Agarwal was a part-time consultant at Acko and was supposed to work fixed hours every week under the consulting agreement, and hence, he did not have a non-compete clause. His agreement was in effect from February 2018 to September 2019.

Agarwal emphasised that he was also working with other general insurance companies, as the engagement with Acko wasn’t exclusive and the company was aware of the same.

In May 2019, Agarwal registered Onsurity Services with his family members Bhagwati Prasad Agarwal and Uma Agarwal listed as the directors.

On being questioned what exactly was the purpose here, Agarwal said that he wanted to test out creating a technology. “As a non-tech founder, I wanted to test if I can create a technology platform and test it. So, I launched a mobile screen protection programme like many other players such as Servify, OnSitego etc,” he told us.

He emphasised that it was a mobile protection plan and not insurance per se. Explaining the product, Agarwal said that using the Onsurity Android app, users could take the phone to mirror and the front-camera would take pictures and upload to provide a check that the phone screen was damaged or not.

Agarwal says that he completed the first iteration of the product or the MVP in September 2019. He had disclosed the product to Acko as well as other people, he claimed. Agarwal added that he had demonstrated the product seeking to partner with Acko, and the senior leadership, including the complainant, Ashwin Ramaswamy, Acko’s business head, were aware of it.

“They said they will get back to me. And they did in January-end and wanted to collaborate. The person who filed the complaint and I got into a few meetings to discuss the same. But the client of Acko, for which partnership was due, backed out due to financial difficulties. If they had concerns about data theft, they wouldn’t have got back to me for collaboration,” Agarwal told Inc42.

But while Agarwal was seeking a collaboration, he was also working on a new business idea from November 2019. He explained that the problem statement was that “SMEs are not providing health benefits to employees as there is no one to take care of SME needs.” Hence, a healthcare wellness programme for SME employees.

At the time, Shah wasn’t aware of the exact product that Onsurity would become, but being an angel investor and in the ecosystem for over 14 years, he helped Agarwal connect with a few stakeholders in November-December 2019.

Further, Agarwal was also independently seeking investments etc. In one such case, he connected with Anand Datta from Nexus Venture Partners in December 2019 via LinkedIn. While he was also in talks with other investors, many advised him to look for a cofounder.

“Investors wanted me to find a cofounder because in any event where something goes wrong with me, the business would be managed. So I connected with many friends and during January-end/early-February, I was looking for cofounders. Kulin accidentally got free and decided to join,” Agarwal added.

Nexus confirmed its plans to invest in the company— the idea being healthcare for SME employees. Agarwal reached out to other investors for funding in February this year, he claimed.

As clear through our earlier story as well, Shah joined Acko in September 2017 and resigned from his role in January 2020, to complete his notice period in February 2020. He confirmed that he joined Agarwal at Onsurity in March 2020.

Shah also claimed that he had no non-compete clause with Acko. To confirm this, we reviewed Shah’s employment contract signed with Acko, and as seen by Inc42, it doesn’t mention any non-compete arrangement. However, in legal terms, a company may have a non-compete in contract, loyalty agreement or NDA or the company handbook.

Further, explaining why Shah decided to leave Acko, he told us that he wanted to take a sabbatical and travel with family. “When I left Freecharge, even then my wife and I decided to travel as she was in New York and we like it. Similar to that time, we wanted to take a sabbatical now and travel, but Covid-19 happened and we had to postpone the plans,” Shah tells us.

So when Agarwal talked to him about being a cofounder at Onsurity, he decided to join the company in March.

But Acko has alleged that “during his notice period in the company, Kulin Shah (who resigned on January 14, 2020) allegedly downloaded Acko’s confidential information (between February 14 and 24) without permission and deleted the operating system from the laptop assigned to him by Acko.”

Addressing the same, Shah said that if the allegation is that he deleted OS after a few months, how did he get his full and final settlement in the third week of March. He emphasised that as the laptop assigned to him was an Apple Macbook, if he deleted the OS, the laptop wouldn’t start. But since the system was checked while being handed over and his full and final settlement was given, he questioned why the company made the allegations in May.

Further, when Shah decided to join Onsurity and Yogesh Agarwal, he had sent a WhatsApp message to Acko founder and CEO Varun Dua on March 19. The message has been seen by Inc42, where Shah informs Dua about joining Agarwal at Onsurity and about his travel plans being cancelled. The response from Dua was “Sure”.

As understood from Shah and Agarwal, Onsurity’s healthcare wellness programme began as Agarwal’s idea in November 2019, for which he has connected with investors as well as other ecosystem players since then. The investment from Nexus had finalised in February before Shah joined and new investors joined in.

The founders claimed that despite deciding to pivot to team wellness, the Android app provided screen protection to consumers since they didn’t want to stop operating the app. As we had reported earlier, the app was updated on May 1 with the company’s HealthSure wellness programme added.

Addressing the investor pitch deck reviewed by Inc42, which appeared very similar to Acko, Shah and Agarwal said they haven’t seen Acko’s pitch deck. He said that the company used a template for pitch decks which may have had similar elements.