Khatabook-Dukaan Brawl Over Plagiarism Gets Messier, But Who’s To Blame?

Khatabook-Dukaan Brawl Over Plagiarism Gets Messier, But Who’s To Blame?

In response, Khatabook launched a counter-attack on Growthpond accusing the company of stealing intellectual property and proprietary data

Even as Growthpond’s Dukaan app has furnished proof to fight back some claims of IP theft, Khatabook has remained silent on key questions 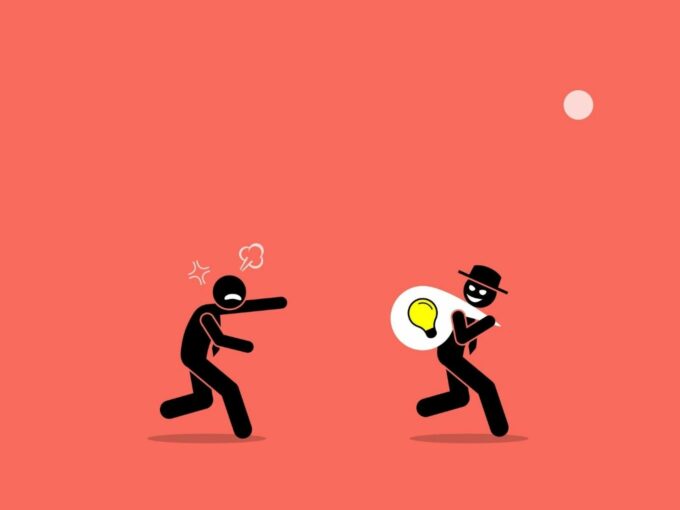 The Khatabook-Growthpond (MyDukaan.io) battle over plagiarism and IP theft that came to light last week has seen plenty of twists and turns. And allegations and questions are continuing to come up even after multiple statements from both companies. Even afs Growthpond’s Dukaan app has fought back against allegations of IP theft, Khatabook has remained mum on key questions, which raise serious doubt about its position in this tussle.

While Growthpond or MyDukaan.io has laid out what it claims to be evidence to prove that the app was originally created by the company, Khatabook has been adamant that it is a victim of intellectual property theft as it had outsourced the development of its Dukaan by Khatabook app to Growthpond. But the Sequoia-backed company has also refused to answer Inc42’s questions probing the validity of their claims.

In its defence, Growthpond founder Suumit Shah told us that Khatabook has also tried to fuel speculation that Growthpond stole Khatabook’s idea through anonymous tweets. But what’s the real story?

Last week, Growthpond Technology or MyDukaan.io, which enables digital storefronts for small merchants through an app called ‘Dukaan’, sent a legal notice to Sequoia-backed Khatabook’s parent company Kyte Technologies for plagiarising its entire platform and trademark violation for its app ‘Dukaan by Khatabook’. The logos, description and functionalities of the apps are bordering on being identical.

In our previous report, Khatabook’s $300 Mn SMB Empire In Plagiarism & Trademark Violation Trouble?,  we highlighted that even the colour palette of the UI and the layout of the two apps had an uncanny resemblance.

At the time, Khatabook denied Growthpond’s claims as false and baseless and said that the two companies were engaged with each other for digital marketing. However, a few hours later, Khatabook changed its statement launching a counter-attack on Growthpond for copying their idea instead.

The updated statement claimed that Khatabook had outsourced the development of the Dukaan app to Growthpond Technology Private Limited & Risemetrics Inc (Rankz.inc). “Post-development and on the premise of testing it, the outsourced team Growthpond Technology Private Limited & Risemetrics Inc (Rankz.in) published the app on Playstore, using Khatabook’s proprietary data, in what we see as a clear case of intellectual property theft,” Khatabook claimed.

Backing this claim, a source told us on the condition of anonymity that Dukaan app was conceptualised by Khatabook, but was outsourced to Growthpond for development. The source added that Growthpond founder Suumit Shah went on to publish the app through Rankz.inc for “testing”, but later refused to “return” or delete it. Shah has denied these allegations in subsequent conversations with Inc42.

However, both companies cited legal reasons to decline to share proof of communication or contracts proving either claim. And yet, they continue to maintain that the other company has transgressed legal boundaries.

When contacted after the updated statement from Khatabook, Shah insisted that Dukaan is a unique intellectual property developed by Growthpond. “This is much prior to our associate company being engaged by Khatabook for app development. We are the prior adopters and users of the wordmark “Dukaan” and associated UI/UX. All of the above is well documented.”

He added, “There is no question of us having used any alleged proprietary information of Khatabook and all allegations being made to the contrary are false, only to divert attention from the core issue.  We will pursue all available legal options if Khatabook does not stop misusing our intellectual property.”

On the same day, an anonymous account on Twitter shared a screenshot highlighting that the API used by Growthpond for Dukaan app actually belonged to Khatabook. The tweet came with a screenshot to back the claim. Notably, the Twitter account was created in August and had posted no other tweet before this.

While the tweet seemed to indicate that Growthpond and Dukaan actually use Khatabook’s API for their app, Shah said that the domain and subdomain (1kg.me) where the “Dukaan” app’s API is hosted has been owned by Growthpond since November 24, 2017. “The only reference to “Khatabook” in the API response is the “Store Name” and “Link”. The API call is for the store name “Khatabook” on our platform. Which is like a general Facebook or Twitter page anyone can create,” he told Inc42.

Shah added that this particular store was created by a mobile number on July 1, 2020. The number belongs to a Khatabook employee, who has been working with the company since January 2020. As a result, Shah claimed the API call being shown in the tweet was actually made by Khatabook and does not indicate any wrongdoing on Dukaan’s part.

The Wall Of Questions

The attack and counter-attacks between Khatabook and Growthpond has raised plenty of questions. And many of these questions still don’t have answers as the companies declined to answer them on their legal teams’ recommendations.

If Khatabook is to be believed then the app was stolen by Growthpond (MyDukaan.io) and uploaded by Rankz.in through its Google Play developer account. In this scenario:

Inc42 had reached out to Khatabook on August 20, seeking responses to the above questions but the company declined to comment citing legal reasons. We also shared all the allegations made by Shah with Khatabook, but the company did not respond to those either.

Whereas, Growthpond’s Dukaan has signed up over 2.5 Lakh businesses, with a collective inventory of over 20 Lakh products and claims to have a GMV of INR 20 Cr in GMV.

Questions arise over why Khatabook remained silent and didn’t take legal recourse despite knowing about Dukaan app’s existence. And it’s surprising why they decided to file a case only after reports of plagiarism emerged.

As we highlighted in our earlier report, Khatabook had allegedly plagiarised UI in the past as well, particularly the Sequoia Surge-backed Indonesian business ledger app BukuKas and Bengaluru-based staff management tool Pagarbook.