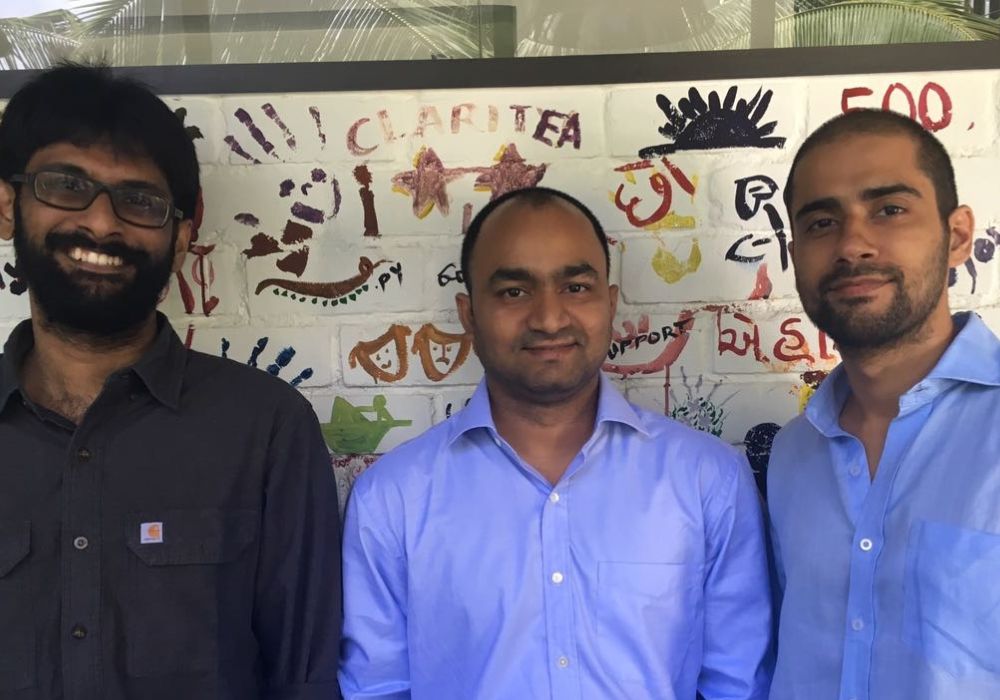 Bengaluru-headquartered micro products and digital payments platform for SMEs Instamojo has raised Pre-Series B funding from Japanese payments firm AnyPay. The funding amount and the terms of the deal remain undisclosed.

AnyPay is the brainchild of Shinji Kimura who has previously the CEO of Gunosy, a content aggregator platform started in 2012, which went public in 2015. The investment marks AnyPay’s entry in India’s investment market.

According to an official statement, Instamojo plans to use the funding to expand its suite of offerings and introduce ecommerce enabling services such as cataloguing, logistics, shipping and GST compliance assistance. The company looks to utilise big data too and introduce fintech offerings such as lending via third-party providers in the coming months.

Instamojo is also looking to add to its leadership team to carry out these goals.

Commenting on the funding, Shinji Kimura, CEO of AnyPay said, “We are extremely excited about the possibilities and the future of the Indian SME market, and hold great confidence that Instamojo will be able to capture that often underserved market space. For the first time, many Indian small businesses will be able to go digital, including themselves into the mainstream financial system. At the rate Instamojo is growing, we are sure they will be able to tap into every small business in the nooks and corners of India and play a huge role in the digital revolution of the entire country.”

A Brief Overview Of Instamojo

Instamojo was founded in 2012 by Akash Gehani, Harshad Sharma, and Sampad Swain. It allows users with a mobile device and a bank account to accept payments using credit and debit cards, e-wallets and via UPI. In November 2014, it raised $2.6 Mn in Series A funding from Kalaari Capital, Blume Ventures, 500 Startups and others. In total, the company claims to have raised in excess of $5 Mn, officially.

The startup helps merchants to create a digital footprint and manage their businesses online. After the introduction of the UPI (Unified Payments Interface), Instamojo tied up with ICICI in order to provide the same service to its merchants. Currently, it claims to have 300K registered merchants, enabling them to accept all modes of digital payments and sell online directly to consumers in two minutes with just a phone and bank account.

Instamojo incorporated a digital payment gateway in September 2016, after which the company stated that ‘1 out of every 100 online SMEs uses Instamojo.’

The use case provided by Instamojo has a suite of tools, including an online store where merchants can showcase their products and services. Merchants can also connect to a marketplace which allows business owners to connect with sellers offering services such as digital marketing, content, SEO design web hosting, logistics, SMS marketing, etc.

Most recently, the company claims to have achieved 10-15% MoM growth, 10% of the digitally-active SMEs in India, controlling 30% of their annual turnover and achieving break-even. With the kind of positive scale it is currently showing, Instamojo hopes to extend its wallet share to 70% by 2019 as well as grow its merchant base by 400%.

Talking about customer acquisition, Sampad had earlier stated, “As we add more merchants to our platform, we expect our CAC (customer acquisition cost) to go close to INR 0 (currently at low double digits) which is a huge competitive advantage and perhaps our absolute economic moat.” He added, “We, at Instamojo, understand the nuances of small businesses in India and leverage cutting-edge design and technology to deliver highly customisable solutions. We are inspired by Shinji Kimura’s intuitive ability to build scalable businesses and look forward to leveraging AnyPay’s expertise to further drive the adoption of online payments and ecommerce among SMEs.”

The State Of Indian Digital Payments Entities: Funding And More

The Indian digital payments industry is projected to reach $500 Bn by 2020, contributing 15% to India’s GDP, as per a recent report by Google and Boston Consulting Group.

As revealed by the report, by 2020, non-cash (includes cheques, demand drafts, net-banking, credit/debit cards, mobile wallets and UPI) contribution in the consumer payments segment will double to 40%. Already 81% of existing digital payment users prefer it to any other non-cash payment methods. Indian consumers are 90% as likely to use digital payments for both online as well as offline transactions.

Everyone is aware of the fracas surrounding FreeCharge’s eventual acquisition by Axis Bank. On the other hand, Amazon Pay is steadfastly pouring millions to take over a significant market share of the 520 Mn smartphone users who are poised to transact online by 2020, according to the above-mentioned report. Digital payments incumbent Paytm, on the other hand, has loaded its arsenal with $1.4 Bn in funding from another Japanese entity, SoftBank Group.

While messaging app Whatsapp is still mulling over entering digital payments, homegrown Unicorn Hike has launched the Hike Wallet a couple months ago. Both companies are now looking to digital payments to leverage their considerable user base. On the other hand, Google is pushing for UPI integration and an India-specific Android Pay launch. MobiKwik, another prominent player in the digital payments space, has entered into a strategic alliance with Bajaj Finance and gained $35.2 Mn in exchange for an 11% stake.

There are players like PayPal, PayU India, (which now has Citrus Pay in its fold), Paynear, Instamojo, CCAvenue (which merged with InfiBeam in February this year), and Oxigen, among others who are into digital payments.

With a potential multibillion digital payments industry at stake and players looking to add on more and more use cases to entice their user base, it remains to be seen how minnow Instamojo will tackle scale at large by utilising this fresh round of funding and hit the kind of numbers it hopes to.