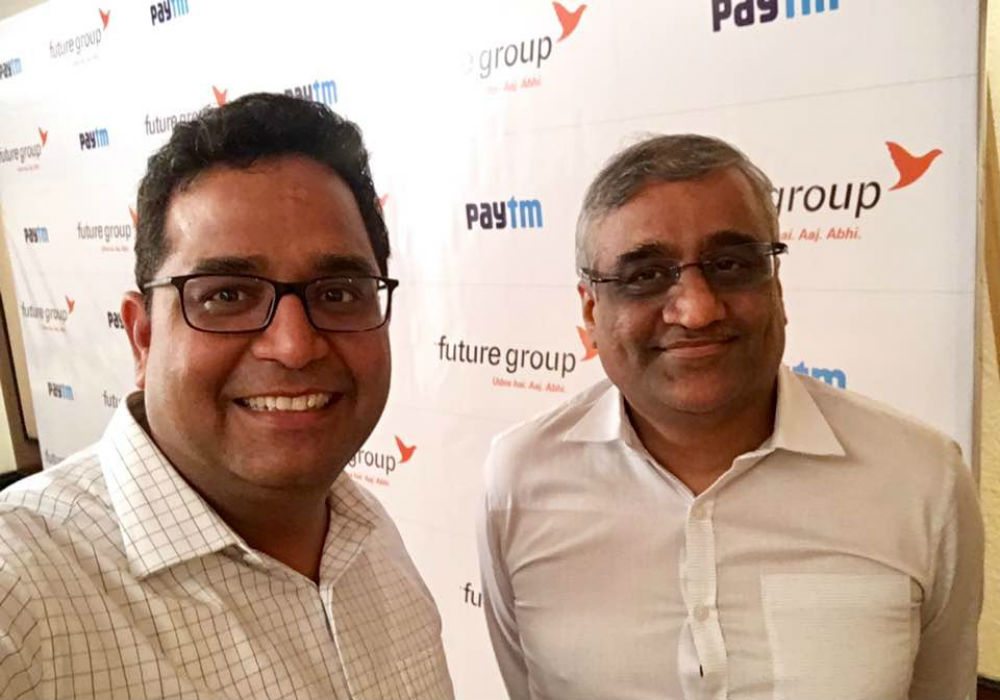 Mobile payment and commerce platform Paytm, has entered into a strategic tie-up with Future Group. Now Paytm users can shop for Big Bazaar products through the Paytm marketplace, and get it delivered at home.

In addition, users will also be able to avail promotional offers by Paytm while using their Paytm Wallet to make purchases at Future Group outlets such as Big Bazaar, EasyDay etc.

Vijay Shekhar Sharma, founder & CEO, Paytm, said, “Together, we see a fantastic opportunity to create an integrated mobile first, omni channel retail and payment solution for our wide consumer base.”

Making a U-turn on his statement regarding ecommerce players, Kishore Biyani, Group CEO, Future Group said, “On an end-to end basis, between Future Group and Paytm, we will have the lowest unit cost economics in the Industry and this will be our key differentiator to create sustainable customer value. The strengths of both the companies in large-scale customer acquisition and seamless payments through Digital Wallets will be key ingredients in driving this partnership.”

Collectively, Future Group operates around 18.5 million square feet of retail space in over 240 cities and towns across India.

Interestingly, in March 2016, when the government introduced the new FDI policy for online marketplaces, Biyani had expressed resentment against ecommerce players for selling products below manufacturing prices and thereby effectively destroying competition. In a statement, he said, “ This was needed. They will now not only stop giving huge discounts but also perhaps not advertise openly about big sale days. This will call for change of business model.”

Earlier in 2014, Future Group had inked a deal with online retailer Amazon to sell its products on Amazon.in. At the same time in another development, Future Group alleged that online retailers were indulging in predatory pricing after Flipkart’s Big Billion Day. He said that these online retailers were selling goods below manufacturing price. “This is legally not allowed in the country. Someone can do such undercutting only to destroy competition. Just because they have foreign funding, they can’t kill local trade like that,” said Biyani.

On the other hand, Paytm is adding new feathers to its cap with each passing month. In March 2016, it announced a partnership with Gurgaon-based PVR Cinemas, to bring PVR’s movie tickets to Paytm’s ecommerce platform. In June, Paytm announced an offer of same day delivery of products in 20 cities. In July, Paytm along with Zomato, was included in a global list of breakthrough brands, which examines emerging companies that are brand-led organisations that have both unique business models and strong brands.

With a current user base on over 125 million, Paytm is on a mission to bring half a billion Indians to the mainstream of economy using mobile payments, commerce and soon to be launched payment banking services.