JioMart, a unit of Reliance Retail, was launched earlier this year as an online store selling groceries and FMCG products

Reports suggest that the company would soon start selling smartphones too, along with other consumer electronics such as laptops 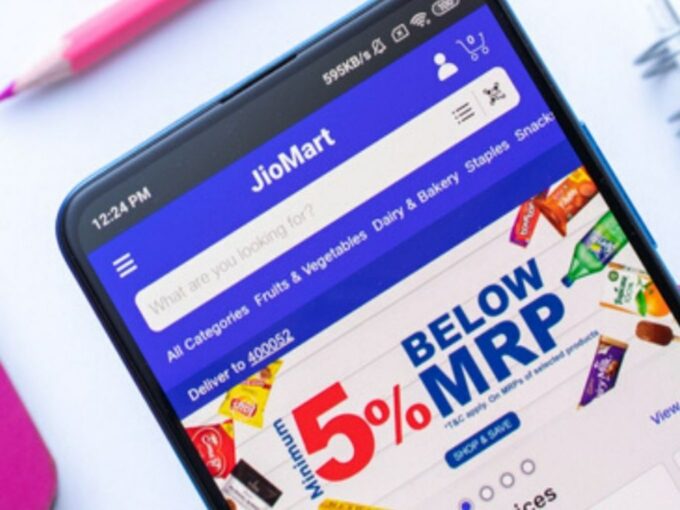 Gearing up to scale into a full-fledged ecommerce platform, Reliance Industries’ JioMart, on Wednesday (October 21), started selling electronic products as part of a pilot project in Navi Mumbai.

At Reliance’s 43rd Annual General Meeting (AGM) in July this year, Ambani had said that JioMart would scale into a full-fledged ecommerce store, selling products across categories such as electronics, fashion and pharmaceuticals.

Reports suggest that the company would soon start selling smartphones too, along with other consumer electronic products such as laptops and tablets, along with large appliances like refrigerators, washing machines, air-conditioners and microwave ovens and television sets.

According to an ET report, JioMart’s entry into the electronics product segment had been planned before Diwali and in the coming days, the company would scale the service to other cities as well to gain a larger share of the Indian ecommerce market.

Meanwhile, earlier this month, JioMart began a pilot project in Bengaluru and Chennai for subscription-based morning deliveries of milk and eggs to customers’ homes.

JioMart’s prices are competitive and the platform has sought to lure customers as it waived the delivery fee for all orders in July. This could pose a challenge to other ecommerce stores such as Amazon and Flipkart. While Flipkart offers free deliveries for orders worth INR 500 or more, Amazon offers the same for orders worth INR 499 or more.

Reliance’s retail venture, which has 2,000 stores in 700 Indian cities, is used to fulfil JioMart orders.

Reliance Retail The Next Jio

In the past couple of months, Reliance Retail has raised funds from several international investors. Last month, Reliance Retail raised INR 5,500 Cr from global investment firm KKR in exchange for 1.28% equity stake in the company. The funding is meant to help Reliance Retail accelerate its digitisation ambitions as part of its ecommerce strategy, where it plans to help small and unorganised merchants leverage technology tools and an efficient supply chain infrastructure to deliver a superior value proposition to their own customers.

In the same month, Reliance Retail had raised INR 7,500 Cr from Silver Lake in exchange for a 1.75% stake at a pre-money equity value of INR 4.21 lakh Cr. The company is also said to be in talks to sell a 40% stake worth $20 Bn to ecommerce giant Amazon. Moreover, media reports also suggest that Amazon’s rival Walmart may join in as an investor in Reliance Retail.

The spree of investors lining up for Reliance Retail has led many to predict that Ambani is indulging in a strategic stakes sale in the company, similar to what he has done with the company’s digital venture Jio Platforms this year. The investments in Reliance Retail come just as the company is looking to take on giants in the Indian ecommerce space, Walmart-owned Flipkart and Amazon, and rival their respective online discounting sales from Navratri till Diwali, which is the biggest ecommerce business period of the year and runs from mid-October to mid-November.

According to an Economic Times report, Reliance Retail’s goal is to win a large share of total sales this festive season and win over customers loyal to rivals. Its foray in more product categories is for achieving the same.