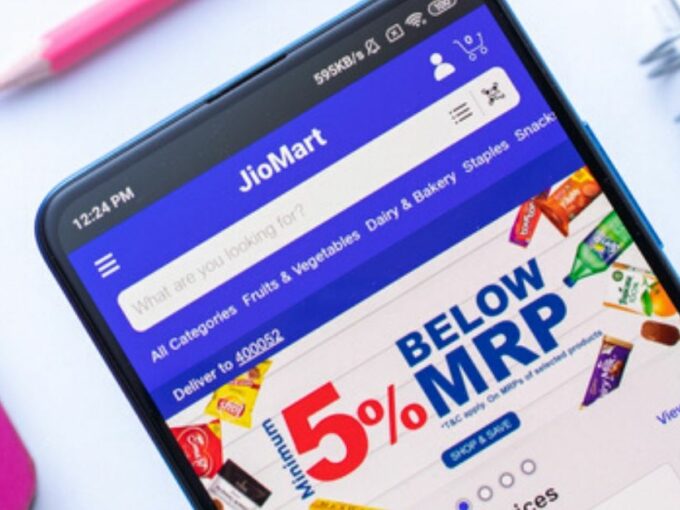 Reliance’s online grocery store JioMart has breached the 1 lakh downloads mark on the Google Play Store. The platform’s mobile application was launched on Sunday (July 19), soon after Reliance’s 43rd Annual General Meeting (AGM), where the company’s chairman Mukesh Ambani had talked about JioMart’s expansion plans. JioMart’s performance on the Google Play Store, though impressive in absolute terms, is relatively weak in comparison to Jio Platform’s last offering, the video conferencing app JioMeet, which had garnered 5 lakh downloads on the day of its launch (July 2). JioMeet has since breached the 1 Mn downloads mark on the Play Store.

According to US-based market research company Forrester Research, the Indian online grocery delivery segment is set to record $3 Bn in sales this year, representing a 76% hike compared to $1.7 Bn last year. It also added that the ecommerce segment is expected to grow by 6%, amounting to $35.5 Bn this year.

During the Reliance AGM, Ambani had said JioMart was receiving more than 250,000 orders every day. Currently, the platform is retailing groceries, fast-moving consumer goods (FMCG) and personal care items, but according to Ambani, will also start selling electronics, pharmaceuticals, fashion and healthcare products in the near future. Reliance envisages JioMart as an “omnichannel tech-platform to unite customers, kiranas and producers.” Ambani had added that the vast physical network of Reliance Retail would focus on creating a pan-India physical and digital infrastructure, onboarding sellers and merchants and ensuring that the benefits of new commerce are offered to every cog in the supply chain.

Plans are afoot for JioMart to work with messaging application WhatsApp for bringing kirana stores into India’s ecommerce supply chain. The platform was soft-launched in December 2019. In April this year, the service was launched on a pilot basis in areas in and around Mumbai, and a month later, JioMart was made available in more than 200 towns and cities in India.