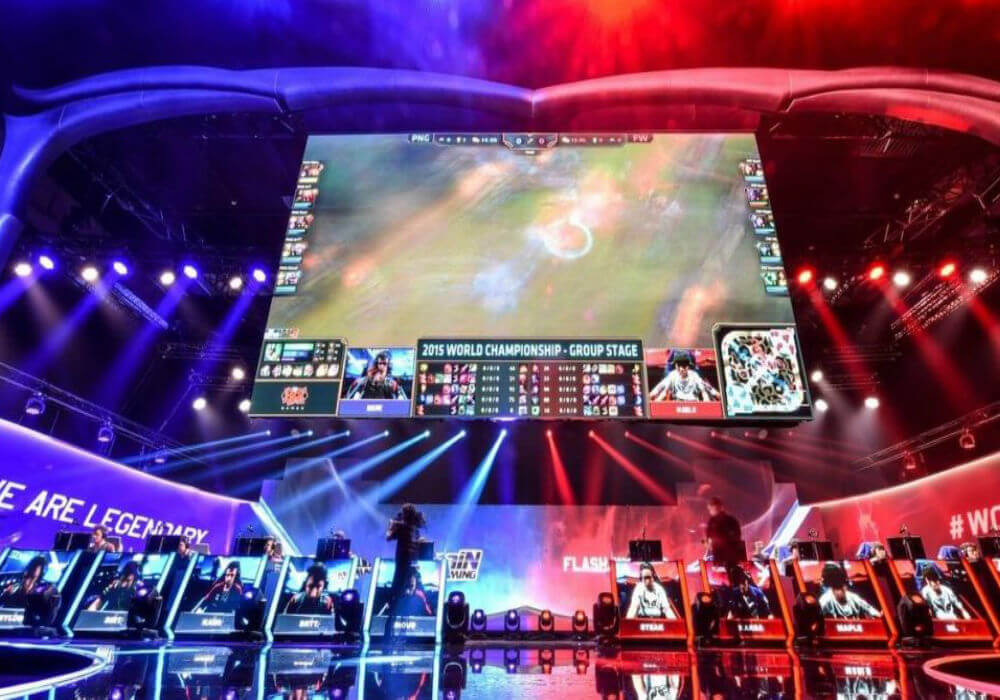 A year after entering esports market, Nazara Technologies Ltd. has acquired 55% stake in NODWIN Gaming, one of the leading Indian esports venture.

With this investment, Nazara aims to strengthen its portfolio of offerings in the virtual interactive sports genre in India and other emerging markets.

Post acquisition, NODWIN will become an independent subsidiary of Nazara.

NODWIN: A Rising Player In The Indian ESports Segment

Founded in 2014, NODWIN is a 50:50 venture between Akshat Rathee, Gautam Virk and Jetsynthesys Pvt. Ltd., and has established relationships with global gaming publishers and platforms including market leaders such as ESL (Turtle Entertainment, GMBH) and Valve Corporation.

NODWIN has the exclusive long-term India rights for global partners such as ESL, ESWC among others. The company hosts and manages IP based gaming events such as the ESL India Premiership, The Dew Arena by ESL, KO Fight Nights, The North East Championship, The Intel Extreme Masters qualifiers for India, The Electronic Sports World Cup (ESWC) India Qualifiers, etc.

NODWIN also partners with other leading brands to create multiple gaming properties in India such as The esports arena at Indian Gaming Show by CII, The Asus ROG Masters, etc.

Nazara with its acquisition of NODWIN intends to leverage its investments in mobile and digital sports category to build Intellectual Properties in the esports space along with NODWIN in emerging markets across disciplines such as soccer, cricket, and other traditional sports.

With this investment Nazara is furthering its commitment to developing the esports ecosystem to enable competitive online and offline gaming, create localised leagues and cups and boost esports as spectator sports in India.

The approach includes localised content creation around global events (ESL One, ESL Pro League, Intel Extreme Masters, The International by Valve, etc) and creating local events by bringing in sponsors. This is expected to boost the creation of world-class esports athletes and players emerging from the Indian ecosystem.

According to Manish Agarwal, CEO, Nazara Technologies, “Through this acquisition we aim to provide Indian esports enthusiasts a robust player and community orientated esports ecosystem, in which players can thrive, improve their skills and become top competitors at an international level.

Other Startups Added To Nazara Portfolio

Recently in January 2018, Nazara Technologies acquired a majority stake in NextWave Multimedia. With the acquisition of NextWave, Nazara strengthens its portfolio of offerings in the virtual interactive sports genre in India and other emerging markets.

The NextWave acquisition comes after Nazara’s investments in startups such as MasterMind Sports, Truly Social, Moong Labs and HalaPlay.

This comes in line with building a network of synergistic companies for operations in India and other emerging markets across the Middle East, Africa and South East Asia.

Nazara Technologies: The Journey So Far

In December 2017, investor Rakesh Jhunjhunwala acquired a minority stake in the company for approximately $27.99 Mn (INR 180 Cr). It followed $51.1 Mn funding round led by IIFL Special Opportunities Fund.In September 2017, the company had revealed plans to offer an IPO towards the end of FY18 for $156.5 Mn.

As of September 2017, Nazara crossed over 34 Mn downloads with over 10 Mn monthly active users across its network of games on Google Play Store, claims the company. Other startups operating in the mobile gaming domain include PlaySimple, Flixy Games, GameXS, RedMonsterGames and more.

As per a Google KPMG report released in May 2017, the online gaming industry in India is estimated to be worth over $360 Mn and is poised to grow and reach $1 Tn Bn by 2021, the industry will likely reach more than 310 Mn gamers around the country.

The immense potential of the segment and provided a way for a lot of startups to explore. Last month, two other gaming startups  Smaaash and Passion Gaming also secured funding to the tune of $3.8 Mn and $3.7 Mn respectively.

As per data available, India accounts for around 13% of the world’s online mobile gaming population. Notably, in the sector where most companies are struggling to break, Nazara Technologies is, however, an exception. In FY17, the company raked in over $86 Mn (INR 550 Cr) in revenue and more than $10.3 Mn (INR 66 Cr) in profits. It remains to be seen what Nazara can achieve with its sizable inclusions of esports giants like NODWIN.