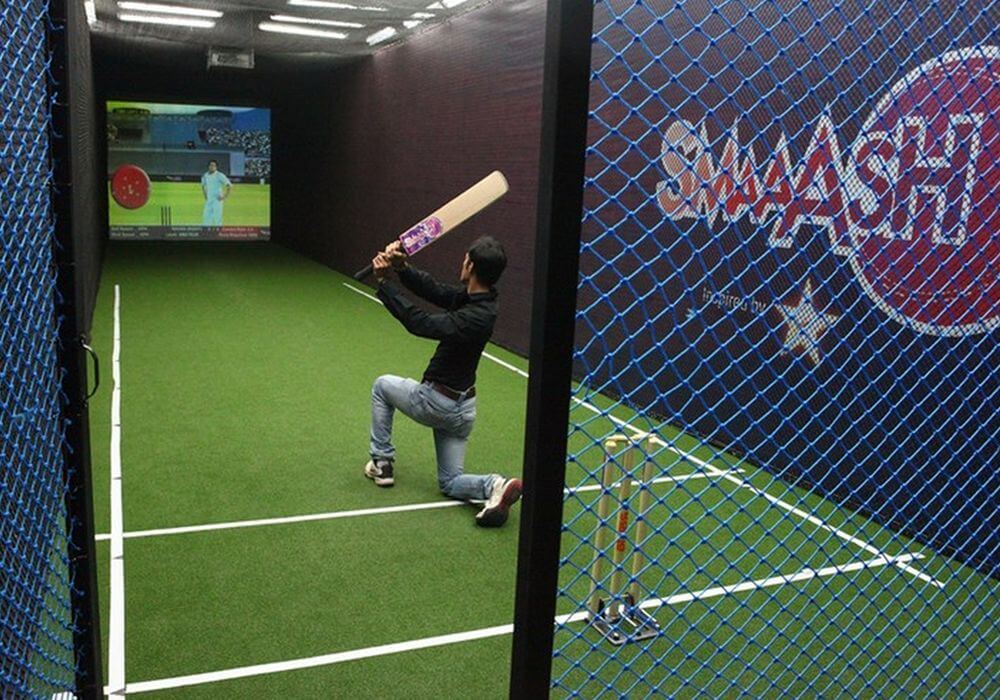 According to sources, the latest fundraise by Smaaash is part of a larger round, which is slated to take place in the coming weeks. Depending on the final round size, the gaming startup’s post-money valuation is expected to reach over $100 Mn.

With the newly-secured investment, Smaaash is aiming to strengthen its physical presence in domestic as well as international markets. A portion of the financing will also be spent on making its augmented reality technology ready for the booming online gaming market.

As per its RoC filings, the gaming startup also recently picked up $6.6 Mn (INR 43 Cr) from a clutch of undisclosed high net-worth investors (HNIs).

Commenting on the latest funding round, Sixth Sense Ventures founder and CEO Nikhil Vora said, “In city entertainment, (this is) almost non-existent and unlike theme parks, which are once-in-a-year visits, these can be visited by consumers every week. It can be about gaming and dining, and we believe first movers in this space can become anchor tenants of properties like Big Bazaar did for malls.”

Started in 2014 by Nikhil Vora, who previously served as the Managing Director and Head Of Research at IDFC Securities, Sixth Sense Ventures is a VC firm that primarily backs consumer companies across various stages of growth. The funding round in Smaaash marks the tenth and final investment of the firm’s debut fund.

A Look At The Past Funding Rounds In Smaaash

Established in 2012 by film director and producer Shripal Morakhia, Smaaash is a gaming arcade operator with multiple digital entertainment centres for cricket, football, go-karting, bowling and other recreational activities.

The centres are currently situated in Mumbai, Hyderabad, Bengaluru, Gurugram and Noida, in addition to locations in the US. Smaaash is co-owned by Sachin Tendulkar, who is also one of the investors in the venture. As per filings with the Ministry of Corporate Affairs (MCA), Smaaash’s operating revenue nearly doubled to $16  Mn (INR 103.26 Cr) in FY17. During the said fiscal year, its losses also jumped by around 33% to $5 Mn (INR 32.8 Cr).

In February this year, the gaming startup announced plans to raise $31 Mn (INR 200 Cr) from private equity investors for expanding its operations globally. At the time, it was reported that the investment would take place in Q2 of this year.

Later in September, it raised $44 Mn (INR 280 Cr) through a combination of debt and equity in a round led by Edelweiss Group’s non-banking finance unit, ECL Finance. As stated by Morakhia, the investment was utilised for overseas expansion and acquisitions.

Speaking about the newest $3.8 Mn fundraise from Sixth Sense Ventures, Morakhia added, “In SMAAASH, there is a feeling that we have cracked a space which has tremendous latency and yet is almost unexplored. I believe that we have put most of the building blocks in place and now look forward to an elevated level of performance on all parameters.”

In the last couple of months, Smaaash has doubled down on its acquisition strategy, in an attempt to expedite growth. Towards the beginning of August, the gaming startup took over bowling company bluO Entertainment, which was conceived as a joint venture between PVR Ltd and Major Cineplex Group of Thailand. The acquisition was made as part of a $13.4 Mn (INR 86 Cr) all-cash deal.

With the acquisition, the footprint of the entertainment company in India is expected to increase from 276K square feet to over 600K square feet. As per reports, the newly acquired centres will operate under the Smaaash brand.

A month later, in the second week of September, the sports-based entertainment company acquired 100% stake in SVM Bowling & Gaming, which, in turn, enabled it to expand its reach across Hyderabad, Mysore, Madurai, Vijayawada, Mangaluru, and Pune.

According to a report by Flurry Analytics, India currently ranks among the top five countries in the world for online and mobile gaming. As per a Google KPMG report published in May 2017, the online gaming industry in India is estimated to be worth over $360 Mn. Poised to grow to $1 Bn by 2021, the industry will likely reach more than 310 Mn gamers around the country by then. Virtual reality gaming is a fast-evolving vertical in this country.

In the beginning of the year, Udupi-based gaming startup 99Games secured investment from Japanese investment firm Dream Incubator, along with participation from existing investors Kalaari Capital and Ascent Capital.

Later in April, mobile gaming platform Mech Mocha raised $5 Mn in Series A round of funding led by Accel Partners, Shunwei Capital, and Blume Ventures. In June, Baadshah Gaming raised an undisclosed amount from Casino Pride, against a 30% stake in the startup.

Other active startups in gaming space are PlaySimple, Flixy Games, GameXS, RedMonsterGames and more. Smaaash’s decision to expand operations to the global market is likely geared towards thwarting competition. With the newly-raised funding from Sixth Sense Ventures, Smaaash is looking to accelerate its growth by leveraging the growing demand for augmented reality-based games.