Yulu plans to improve bikes to ensure safety of riders 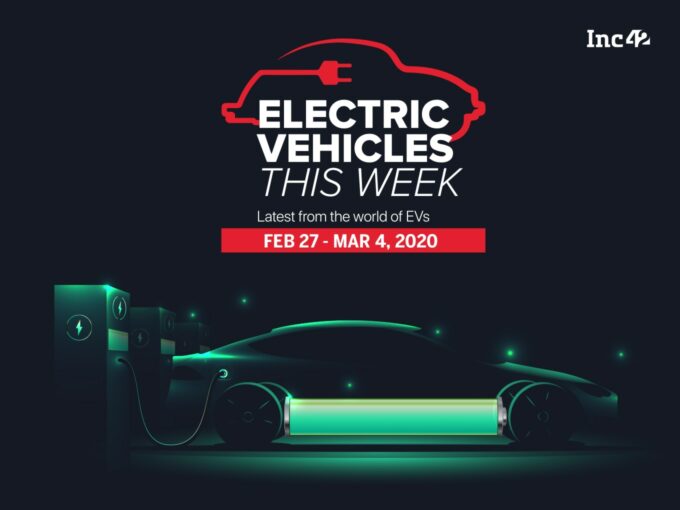 Indian government is reportedly working on a plan to airlift electric vehicles (EV) and automobile components and parts from China. The government has decided to take up this initiative as the EV industry in India has been facing a shortage of automotive parts and components, which were largely procured from China.

A source close to the matter said that the Indian automobile industry, including the EV industry, will have to shut down its assembly lines if the shortage remains. Meanwhile, Sohinder Gill, director-general of the Society of Manufacturers of Electric Vehicles, highlighted that the EV makers may have to shut down their production altogether in April and May as the lithium-ion used for batteries come under hazardous categories of air carriage and cannot be airlifted.

The government has prepared a list, in consultation with Society of Indian Automobile Manufacturers, of all important parts to be sourced from China. The government has also reached out to the aviation ministry, seeking their approval.

Indian automobile giant is planning to consolidate all its mobility businesses into one vertical. The would include its new cab aggregator service for coporates called Alyte, Meru Cabs, electric vehicle cab service Glyd and used car businesses First Choice.


Yulu was recently accused of being unsafe and causing a menace for the traffic police in Delhi. Amit Gupta, founder of Yulu, told Inc42, “If you ask me that whatever is written is absolutely correct, but the question is what level of magnitude this has been happening. That’s where you can layer the fact versus the things that are blown out of proportion.”

Gupta added that there is always more room for improvement and Yulu has been focusing on that. He noted that the company is looking to integrate more security features even though a vehicle of Yulu’s category is not required to do so. The company will be rolling out new features in the new bikes it is planning to source from Bajaj Auto.

State run Indian Oil Corporation is in talks with Automobile Markers in India to start field trials for metal-air batteries. Indian Oil will form a joint venture with Israel-based startup Phinergy, which the state-run corporation has a minority stake in. Metal-air batteries, in combination with Lithium-ion batteries, can enhance the range of an EV to 600 Km.

Bihar chief minister Nitish Kumar has asked five departments to prepare a comprehensive policy to promote and manufacture EVs in the state. The meeting was attended by officials from industries, urban development and housing, transport, finance and energy department.

As per JMK Research, the Li-ion battery market in India is expected to increase from 2.9 GWh in 2018 to about 132 GWh by 2030, growing at a compound annual growth rate (CAGR) of 35.5%. Many industry experts believe that this is farfetched, as India is yet to witness MWh level of growth in the battery manufacturing capacity due to the paucity of local manufacturer and the low current capacity. However, all this could change in the next five years as the market matures.

BMW released the details of its electric concept car, i4. The vehicle can go from zero to 100 Km per hour within four seconds and has a range of 600 Km. BMW also highlighted that it sold more than 140K electric vehicles last year.