In A Related Development, The Ecommerce Giant Is Planning To Refocus On Its Book Business 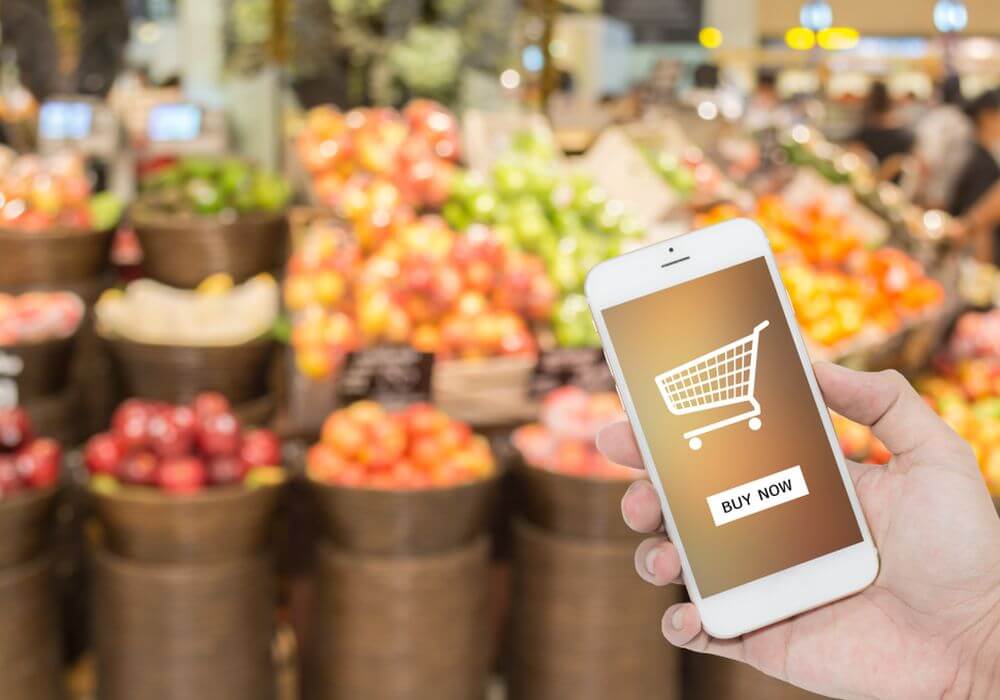 At a time when Amazon is doubling down to strengthen its food retail business in India with a pilot in Pune and 15 new fulfilment centres, homegrown ecommerce rival Flipkart is also evaluating ways to expand its online grocery business.

As per reports, the ecommerce unicorn is set to enter the country’s food retail market. To that end, the Bengaluru-based ecommerce company has earmarked several hundreds of millions of dollars of its investor money to bolster its online grocery arm, people in the know have revealed.

The development comes ahead of global retail behemoth Walmart’s proposed $7 Bn investment in Flipkart, as part of which it will be acquiring a 25% to 51% stake in the online marketplace.

According to sources close to the development, Flipkart is also in the process of launching an indigenous range of consumables and fast-moving consumer goods (FMCG) under its Billion private label.

Launched in June 2017, Billion by Flipkart was said to be inspired by the government’s Make In India initiative. Through this brand, the company intends to cater to the unique needs of Indian customers.

As part of the initiative, the ecommerce unicorn has teamed up with a number of domestic manufacturers to bring low-cost products across various categories, including small and large appliances, clothing, smartphones and other electronics, home decor accessories, among others.

In other news, Flipkart is also looking to enter the movie ticketing market. The company had earlier attempted to make a foray into the online ticketing segment with a proposed minority investment in BookMyShow, which didn’t materialise in the end.

Flipkart And Its Online Grocery Push

Flipkart made its first attempt to enter the online grocery segment a couple of years back with ‘Nearby’, which later shut down in 2016. While in 2016 Flipkart was struggling with lack of funds and leadership changes, the situation has completely been reversed now.

Under the leadership of CEO Kalyan Krishnamurthy, the company made a soft launch of its online groceries category under, Supermart in Bengaluru last November.

For now, the service is available for its employees only. Accessible via Flipkart app, Flipkart grocery marketplace requires a minimum order amount of $7.72 (INR 500) and reportedly offers free delivery for orders above $15.45 (INR 1000).

Reportedly, Flipkart is building a dedicated supply chain for its grocery category under Supermart. To further lure the consumers, the company is experimenting with options such as ‘open-box delivery’ to verify products before acceptance and ‘doorstep returns’ if the customer faces any issue with the product.

At the same time, Flipkart is engaged with US-based retail giant Walmart for a potential multi-billion dollar investment. Recently, it was reported that SoftBank was preparing to sell a part of its share in the company to Walmart.

The retail chain plans to invest in Flipkart through a mix of primary and secondary purchase of shares. As suggested by the sources, the $10 Bn-$12 Bn secondary share sale will take place at a discounted valuation. It was also estimated that if the deal goes through, Flipkart’s valuation will rise to $20 Bn from its current valuation of $14.2 Bn.

Walmart already has a strong presence in the country through its B2B arm, which currently boasts a network of 21 Best Price Modern Wholesale stores. The partnership with Walmart, therefore, would not only increase Flipkart’s cash balance significantly but would also enable it to expand its footprint in the offline retail segment.

Additionally, post-BigBasket’s $196 Mn fundraise from Alibaba, reports surfaced that  Paytm was planning to integrate the Bengaluru-headquartered online grocery delivery company on its platform. As more than half of Paytm Mall’s orders belong to the grocery and FMCG categories, this integration is expected to increase the orders to 60%.

In a related development, Flipkart is reportedly looking to revive its book business, which was what originally shot the company into the limelight. As a result of the online marketplace’s astronomical growth, its book business, over the years, has somewhat been overshadowed by other better-selling categories.

However, the ecommerce giant has claimed that, in the last six months, the books category has grown by around 70%, thanks largely to its efforts to strengthen that business.

As per reports, Flipkart is now in the process of adopting a new strategy to regain its dominance in the country’s online book market. At present, rival Amazon boasts the largest market share of 60% in this segment.

During a recent media interaction, Nishit Garg, who is now heading the company’s books business, said that customers buying books have a higher engagement rate and tend to buy other products in different categories.

He added, “Since our decision to put the focus back on the category, we have more than doubled the collection to 7 Mn from about 3 Mn books six months back. We are working out exclusive deals with publishers and authors to get certain titles only on Flipkart. All these efforts are being made to get the loyal set of book buyers back on the platform,” he said.

India’s ecommerce market reached $33 Bn registering a 19.1% growth in 2016-2017, as per Indian government’s Economic Survey 2018. To gain a stronghold in this sector against arch nemesis Amazon, Flipkart is increasingly foraying into new categories, including online grocery, movie ticketing, etc.