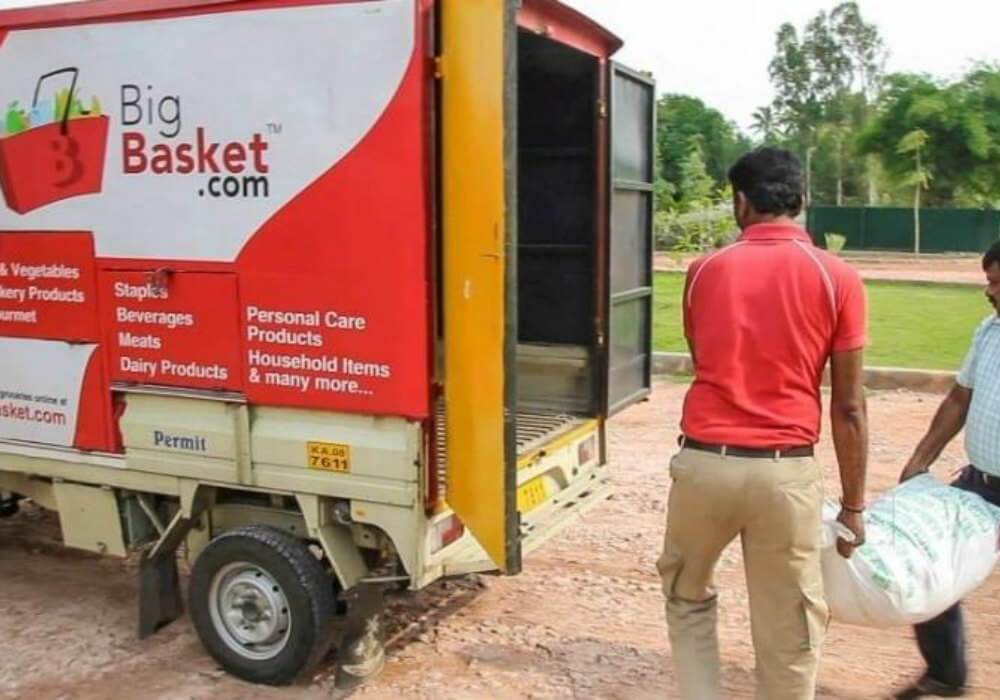 Bengaluru-based hyperlocal grocery delivery company BigBasket has raised a massive $300 Mn Series E funding in a round led by Chinese conglomerate Alibaba along with the participation of Abraaj Capital, Sands Capital and IFC.

Hari Menon, CEO, and Co-Founder, BigBasket, said, “This funding from Alibaba will essentially be directed towards growth and consolidation. The funds will be directed towards bettering our technological, analytical, and infrastructural prowess, all of which will enable the company to move up the curve. BigBasket is currently partnering with about 1800 farmers throughout the country and aims to become the ‘most preferred partner’ for up to 3000 of them. While we already enjoy the appreciation and trust of bigbasketeers, our strategy is to eventually become the one-stop-shop for all customer needs in future.”

Rather than focusing on expansion into more cities, BigBasket is further planning to dig deeper into the cities it already has a foothold in. In addition to partnering with farmers and gaining a larger customer base, the third big priority for the company is to become a leading employer for blue-collar workers in the country – the current employee strength of BigBasket being 16,000.

Alibaba got the CCI nod to invest in BigBasket recently in December 2017. According to CCI’s “Summary of the Combination”,  Alibaba.com Singapore E-commerce, a subsidiary of Alibaba Group Holding, transferred the funds to Supermarket Grocery Supplies, the parent entity of Bengaluru-based BigBasket.

Earlier, speculations also surfaced around Alibaba and Paytm Mall together aiming to acquire 35-40% stake in the hyperlocal grocery platform, against a total investment of $300 Mn. At that time, it was also reported that the deal would value BigBasket at $850 Mn.

BigBasket is also among the 34 startups that could potentially join India’s unicorn club by 2020, as per Inc42’s Annual Indian Tech Startup Funding Report 2017.

BigBasket was founded in December 2011 by a team of five –VS Sudhakar, Hari Menon, Vipul Parekh, V S Ramesh and Abhinay Choudhari. Servicing over 6 Mn registered customers, BigBasket currently offers about 20,000 products from over 1000 brands and has a presence in 26 cities across the country.

The hyperlocal grocery delivery startup recently forayed into the HoReCa (hotels, restaurants, and caterers) segment to strengthen its B2B business. For the same, it partnered with SnapBizz, a retail-technology firm, in an effort to transform India’s kirana stores into technology-enabled modern retail stores.

As per the company, it closed the previous fiscal year with $220.38 Mn (INR 1,410 Cr) in revenue and broke even in two key markets – Bengaluru and Hyderabad in its slotted delivery business.

Space has not only attracted the attention of startups like Grofers, ZopNow etc, but also the country’s leading ecommerce players such as Paytm, Flipkart, and Amazon. The newest entrant in the online grocery segment is Quikr. The company was reported to be partnering with neighborhood stores and restaurants from where customers can order products ranging from grocery to food items, a few weeks back.

For BigBasket, this round will act as a bridge to achieve the next level of growth, while, on the other hand, for Alibaba, the round gives it an opportunity to expand its footprints into another key industry in the Indian startup ecosystem.

Earlier, Inc42 reported that BigBasket raised $196 Mn from Alibaba and the other investors, on basis of a development highlighted by Paper.vc. It was also mentioned that Alibaba contributed a massive $145 Mn (INR 927 Cr) to this round with existing investors, Abraaj Group ($44.3 Mn), Sands Capital ($984K) and IFC ($5.2 Mn) adding the rest. The story has been updated after receiving the official communication from the company regarding the fundraising.