The Investment, Which Was Made At A Pre-Money Valuation Of $38.2 Mn, Will Be Used To Expand Its Geographical Reach 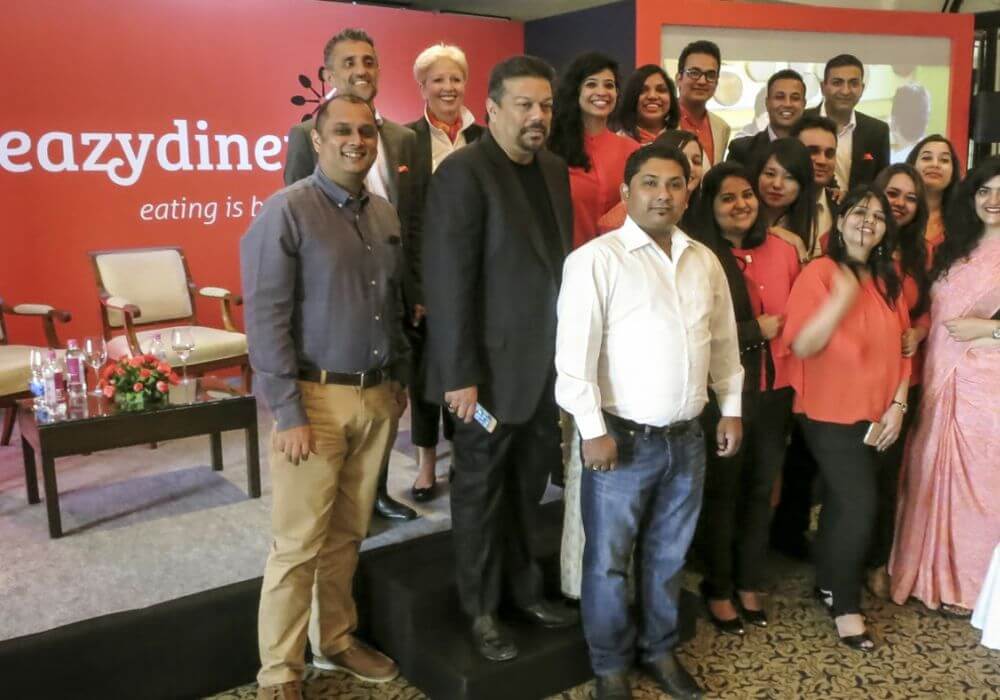 The funding was reportedly secured at a pre-investment valuation of $38.2 Mn (INR 250 Cr).

Commenting on the development, EazyDiner CEO Rohit Dasgupta said, “We will be focusing on improving our technology stack, and expanding our footprints within and outside the country’s borders.”

With the latest funding, the startup looks to expand to six more locations by the end of the current fiscal year. A portion of the newly-raised investment will also go into widening the company’s international reach. According to Dasgupta, EazyDiner is planning to set up operations in Abu Dhabi by the third quarter of 2018.

EazyDiner: Founded By Veterans Of The Hotel Industry

At the time of launch, it was reported that EazyDiner had also roped in several eminent people in its advisory council like Oberoi Group Joint MD Vikram Oberoi, The Leela Palaces MD Dinesh Nair, Speciality Restaurants founder & CEO Anjan Chatterjee, among others.

Till date, the company has raised $7.8 Mn (INR 51 Cr) across three rounds. In August 2015, the startup raised $3 Mn in a new round of funding led by Saama Capital and its existing investor DSG Consumer Partners. Later in June 2016, cricketer Yuvraj Singh, via his VC fund YouWeCan, reportedly invested an undisclosed amount in EazyDiner.

As per Inc42 Datalabs report, investment in the consumer services space has fallen drastically in comparison to the last two years but still managed to be one of the top sectors. In H1 2017, just 43 deals took place with $189 Mn in funding raised. The report considers hyperlocal, discovery, food delivery, repair & service, the restaurant chains, foodtech, home services, mobile services marketplace, QSR (quick service restaurants) as a part of consumer services.

Several startups in the space have raked in funding in the last couple of months. In September this year, Hyderabad-based TinMen got backed by foodtech unicorn Zomato, as part of the latter’s efforts to bolster its services and penetrate deeper into the online restaurant reservation and food delivery industry.

Around the same time, Delhi-based health food startup Sattviko raised an undisclosed amount of Pre Series A funding from a bevy of angel investors led by Raman Roy, Chairman of Nasscom. Additionally, Sattviko also acqui-hired snacks company Indori Chotore based out of Mumbai and Pune.

It was in the same month that Foodtech startup Zomato was reportedly in talks to raise up to $200 Mn from Alibaba and its payments affiliate Ant Financial. If the investment goes through in the coming months, the Chinese ecommerce giant is likely to pick up a stake in the company.

In July this year, foodtech startup MonkeyBox raised an undisclosed amount of Pre Series A funding from Blume Ventures, NB Ventures, Nspira and angel investors. Earlier in June 2017, Mumbai-based foodtech startup Wegan Foods raised an undisclosed amount of funding from a member of the royal family of Sharjah and Ras Al Khaimah – Her Highness Sheikha Arwa Al Qassimi.
Once considered a dead pool for startups, with over 150 shutdowns in the space in 2016 alone, it seems the foodtech space in India is finally picking up renewed investor interest. With the latest funding from DSG Consumer Partners, Saama Capital and others, EazyDiner is looking to grow its reach across India and the Middle East.