Demand for categories such as medicines, groceries, and other daily essentials have skyrocketed since starting fo 2021 prompting Dunzo to scale up its dark stores model

The startup plans to increase its presence into more than 700 neighbourhoods, with 250 dark stores in the next few months. 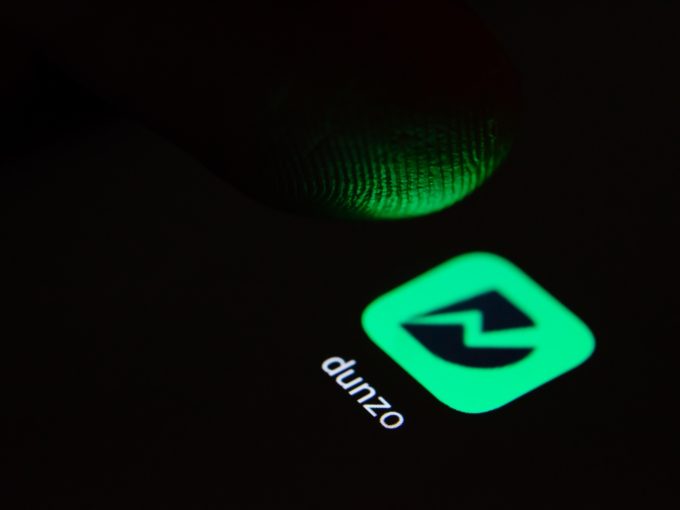 Hyperlocal delivery platform Dunzo has launched a new dark store in Bengaluru city where it will stock up its own inventory of FMCG items, groceries, meat and medicine. This is a notable move from Dunzo which usually aggregates inventory from nearby stores for each category of items on its app.

Dubbed as ‘Dunzo Daily’ the service will aim to bring down delivery timings while having oversight of its own inventory in real-time–something which Dunzo couldn’t do while aggregating individual stores. The first ‘Dunzo Daily’ store was launched in Indiranagar, a suburb in Urban Bengaluru.

#Indiranagar is back in the news! We’re beyond thrilled to be launching #DunzoDaily – an all new delivery experience for groceries, meat, pet supplies, medicines and more.
Fire up your Dunzo app tomorrow to experience convenience at a whole new level!??#Bangalore #homedelivery pic.twitter.com/edQmVfLphP

In a conversation with Inc42, Dunzo cofounder and CEO, Kabeer Biswas said that the company plans to clock a $200 Mn GMV run-rate by the end of the current financial year (FY22). And one of the ways to achieve this was by owning its own inventory.

The startup has been bullish on the increased dependency of consumers on delivery apps due to the ongoing pandemic that has kept people inside homes for more than a year now.

Biswas said that the covid-19 pandemic has shifted the online purchasing pattern of the majority of affluent Indians, which has resulted in heightened demand for hyperlocal delivery apps across categories such as food, grocery, and daily essentials.

The second wave of Covid-19 that has pushed states to impose lockdowns has allowed Dunzo to increase margins. The company’s ‘app open’ rates have gone up by 2X since March 21’, Duzo said in a statement.

Biswas told Inc42 earlier that the startup plans to increase its presence into more than 700 neighbourhoods, with 250 dark stores in the next few months.

According to Biswas, dark stores help streamline Dunzo’s delivery experience by bringing down the delivery time to just 20-minutes. The startup plans to achieve this by focusing on stocking up the top 1,500-2,000 SKUs that Dunzo users currently purchase on a daily or weekly basis.

“A large part of the demand on our platform was focused on consumables, and by consumables, we mean things that people consume in 24-48 hours. In every geography that we are present, there are around 1,500-2,000 items that form roughly around 60-70% of the monthly order volumes, and our micro fulfilment centres (dark stores) exclusively stock these items,” Biswas said.

He also added that in the last year alone, there has been a two-fold rise in demand for frequently purchased SKUs in each geography where Dunzo is currently operational. Some of these frequently purchased categories include fresh produce, meat, fruits and vegetables, and other cooking items, according to Biswas.

However, Dunzo isn’t the only delivery startup employing this strategy to streamline delivery experience. Swiggy currently operates grocery delivery in two cities including Gurugram and Bengaluru under the Instamart label which is essentially an adaptation of BigBasket’s dark stores model. While BigBasket takes somewhere between 4 to 48 hours to fulfil orders, Swiggy aims to deliver groceries in less than 45 minutes. Swiggy is achieving this model using a network of dark stores that earlier had the branding ‘Urban Kirana’.

In FY20 Dunzo reported operating revenue of INR 27.5 Cr, with expenses spiking 2.13X to INR 359.5 Cr, according to Dunzo’s financial filings with the Registrar of Companies. The company also reported a loss of INR 338.4 Cr in FY20. In FY19, the company said it had turned profitable in some cities. But overall, Dunzo posted a loss of INR 168.9 Cr for FY19 on operating revenues of INR 76.59 lakhs in the same year